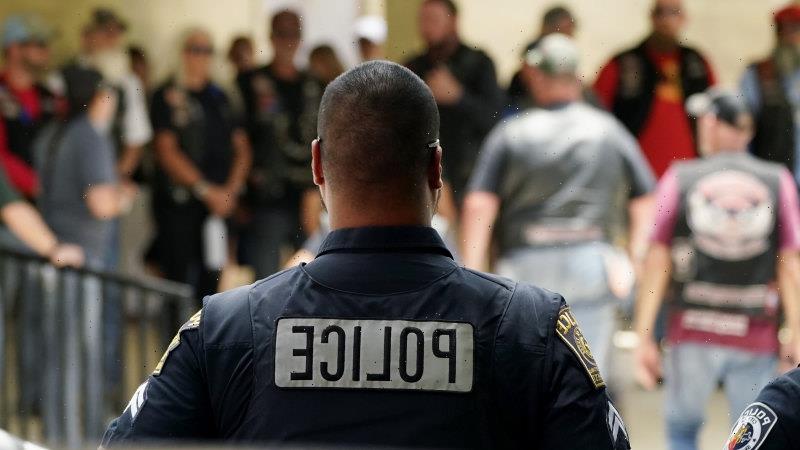 Washington: When Vanderbilt University psychiatrist Jonathan Metzl learned that the perpetrator of the Uvalde, Texas, school massacre was a young man barely out of adolescence, it was hard not to think about the peculiarities of the maturing male brain.

Salvador Rolando Ramos had just turned 18, eerily close in age to Nikolas Cruz, who had been 19 when he shot up a school in Parkland, Florida. To Adam Lanza, 20, when he did the same in Newtown, Connecticut. To Seung-Hui Cho, 23, at Virginia Tech. And to Eric Harris, 18, and Dylan Klebold, 17, in Columbine, Colorado. 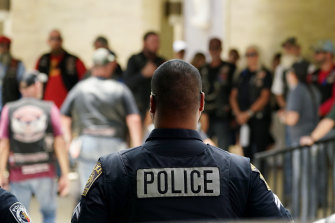 Teen and young adult males have long stood out from other subgroups for their impulsive behaviour. They are far more reckless and prone to violence than their counterparts in other age groups, and their leading causes of death includes fights, accidents, driving too fast, or, as Metzl put it, “other impulsive kinds of acts”.

“There’s a lot of research about how their brains are not fully developed in terms of regulation,” he said. Perhaps most significantly, studies show, the prefrontal cortex, which is critical to understanding the consequences of one’s actions and controlling impulses, does not fully develop until about age 25. In that context, Metzl said, a shooting “certainly feels like another kind of performance of young masculinity”.

In coming weeks and months, investigators will dissect Ramos’s life to try to figure out what led him to that horrific moment at 11.40am, Tuesday, May 24 when he opened fire on a classroom full of 9- and-10-year-olds at Robb Elementary School. Although clear answers are unlikely, the patterns that have emerged about mass shooters in the growing databases, school reports, medical notes and interview transcripts show a disturbing confluence between angry young men, easy access to weapons and reinforcement of violence by social media. 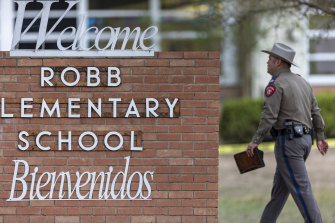 A state trooper walks into the Robb Elementary School in Uvalde, Texas, following a deadly shooting at the school.Credit:AP

US law requires people buying handguns from licensed dealers to be at least 21. But in Texas and in most other states, 18-year-olds can purchase what are known as long guns, which include assault rifles. In a prime-time address Thursday night, President Biden called for banning assault weapons but said that, if that’s not possible, lawmakers should raise the age to purchase such a weapon to 21. “The issue we face is one of conscience and common sense,” the president said.

In the wake of the 2018 Parkland shooting and other violent acts by young men, six states, including Florida, did raise the purchasing age for long guns to 21, over the objections of the National Rifle Association. The NRA calls such restrictions a “categorical burden” on the right to keep and bear arms, while Florida state attorneys argue that because “18-to-20-year-olds are uniquely likely to engage in impulsive, emotional, and risky behaviours that offer immediate or short-term rewards, drawing the line for legal purchase of firearms at 21 is a reasonable method of addressing the Legislature’s public safety concerns.”

The Florida Supreme Court will hear arguments over challenges to the state gun law this month.

“Age is the untold story of all this stuff,” said Metzl, who is also a sociologist. “I feel very strongly we should not have people 18 to 21 with guns.”

The United States is one of the only countries in the world where mass public shootings are a regular occurrence. Researchers Jillian Peterson from Hamline University and James Densley from Metropolitan State University, both in St Paul, Minnesota, have spent their careers tracking these events, and their research shows that attacks are overwhelmingly carried out by men whose ages are strikingly clustered around two key periods in their lives.

Workplace attacks have been mostly carried out by men in middle age. School shootings, on the other hand, involve perpetrators mostly in their late teens or early 20s. Men in these same two age groups, Peterson points out, also have higher rates of suicide largely using firearms.

A Washington Post analysis of 196 mass public shootings in which four or more people were killed since 1966 shows that nearly 98 per cent, or all but five, of the perpetrators were men. Forty per cent of the shooters were between the ages of 18 and 29 and another third were between 30 and 45.

There’s a familiar pattern to the young men’s trajectory to violence.

“I think it is this kind of coming out of adolescence: not knowing your place in the world, and being depressed and isolated and more vulnerable to what you are reading online,” Peterson said.

Peterson is a criminologist who studies the life histories of mass shooters, and when she has gone back decades later to interview perpetrators who committed an attack in their teens or early 20s, “they don’t even recognise the person that did that.” She said the perpetrators describe feeling “disconnected” from their murderous earlier selves.

Under the US legal system, age is a critical part of how laws are written and justice is meted out. Most states allow people to drive at 16, federal law allows voting at 18 and drinking at 21.

The Supreme Court itself addressed the importance of neuroscience in how crime and punishment should be viewed. In Roper v Simmons in 2005, the majority held the death penalty for juvenile defendants, who are younger than 18, was unconstitutional. Justice Anthony M. Kennedy wrote that a “lack of maturity and an underdeveloped sense of responsibility are found in youth,” quoting one of his own previous decisions.

Kami Chavis, director of the criminal justice program at Wake Forest University School of Law, said the country needs to use that same logic when it comes to regulating the tools those young people use to commit their crimes.

“We need to pay attention to the scientific evidence that suggests these young minds may not be capable of having the serious responsibility of owning an assault rifle,” she said.

In the stories of young shooters, experts say there’s often a disconnect between the lives they lead and the lives they think they should have. But while most people endure such disappointment, these perpetrators appear to have gone through a series of psychological changes that led to their explosions of violence.

Fantasies “of unlimited power and greatness” and an intense desire for admiration is how Frank Robertz, director of the Institute for Violence Prevention and Applied Criminology in Berlin, characterises one common thread among the perpetrators. Peter Langman, a psychologist who researches school shootings, noted in The Journal of Campus Behavioral Intervention that “the sense of damaged masculinity is common to many shooters and often involves failures and inadequacies.”

Eric Madfis, an associate professor of criminal justice at the University of Washington at Tacoma, talks about “White male grievance,” although he acknowledges that not all the shooters have been White. He suggests the perpetrators are trying to regain control through a “masculine” solution after a long period of frustration.

“We teach boys and men that the only socially acceptable emotion to have is not to be vulnerable and sensitive, but to be tough and macho and aggressive,” Madfis said in an interview.

In the case of shooters, he added, often “we are talking about boys who have been emasculated over a period of time. They were bullied, or ignored, or didn’t have the dating life or popularity they wanted.”

Ramos, who killed 19 children and two teachers in Uvalde last month, was said to have been bullied over a lisp and stutter. Cruz, who murdered 17 students and staff at Marjory Stoneman Douglas High School in Parkland, had exhibited behavioral issues since middle school. Lanza, who killed 26 people at Sandy Hook Elementary in Newtown in 2012, was a loner who spent much of his last few months locked in his bedroom, communicating with his mother via email even as they lived in the same house.

Robertz said another common thread among shooters is the connection between a disturbed adolescence and escapes into a fantasy world. Their manifestos and interviews offer evidence that these often-violent visions gradually take up more of their mindspace. When coupled with “low self-esteem, excessive anxiety, bleak life perspectives and, most of all, a very deficient social bond to other people,” the visions get stronger, he said.

“They only realise these violent fantasies in our physical world if they do not get stopped, and if a certain trigger event happens, which usually resembles the destruction of their last subjective hope,” Robertz said.

In the aftermath of these shootings, a shocked and grieving public, along with law enforcement officials, invariably debate ways to predict and stop attackers. In the past, some police urged the use of artificial intelligence software to comb through school records, gun purchases and other data to flag youth who might have a propensity to commit violence. Cincinnati Children’s Hospital Medical Center analyzed transcripts of psychiatric interviews of teens to try to pinpoint who might be at risk of school violence. On the day of the Uvalde shooting, Rahul Sood, a former Google employee who is now chief executive of Irreverent Labs, a gaming company, took to Twitter to suggest government authorities monitor spikes in ammunition purchases, and social media conversations, especially of registered gun owners who might be potential threats.

“[U]sing machine learning you can make predictions of where the next mass shooting might occur, we can stop it before it happens,” Sood said.

But so far, few of these proposals have gained traction.

At least one reason is it can be difficult, or even impossible at times, Metzl said, to tease apart ordinary adolescent rebellion from more serious signs of trouble. He and other experts point out that, for every mass shooter who fits a certain profile, there are millions more like him who never act violently.

“I have always wondered who is in the demographic who doesn’t commit a crime. Are they representative of some larger whole of disaffected men?” Metzl said.