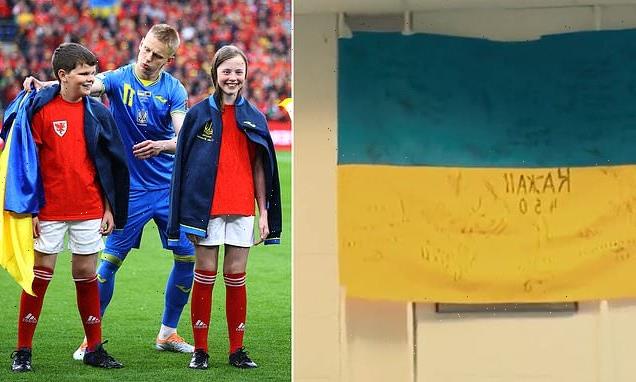 Ukraine’s national team were given a huge boost ahead of their crucial World Cup play-off final against Wales.

The visitors received a Ukrainian flag signed by soldiers fighting on the front-line to hang in their dressing room in Cardiff for inspiration.

Ukraine ultimately lost the match after Gareth Bale’s free-kick from range was deflected past Heorhiy Bushchan by Andriy Yarmolenko in the 34th minute. 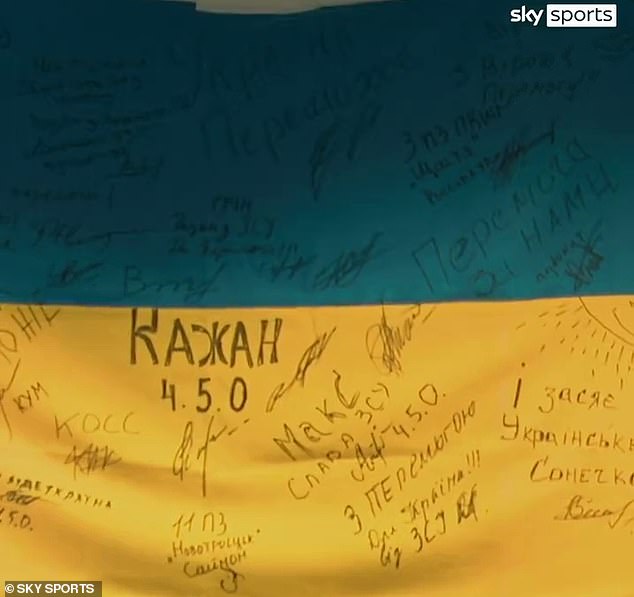 Ukraine received the flag from soldiers on the front-line, who each wrote a personal message

However, the visitors can take pride in a gutsy performance that never allowed Wales a degree of comfort in their slender lead, and Wayne Hennessey was forced to make numerous saves.

Before the game, Ukraine’s Atalanta defender Ruslan Malinovskyi told Sky Sports: ‘(On people back home) We think about them every day, and I’m so happy that we give a little bit of positive emotion for them in this, also for our country, and they have a little bit of happiness.

‘I hope they do the job in our country, and we do our job on the pitch. We try to do again, something special, we will try.

‘(On messages from back in Ukraine) A lot of messages. “Guys, keep going” and “we’re so proud of you”, and a lot of soldiers send messages. We know before the game against Scotland, it is not easy to play physical football. 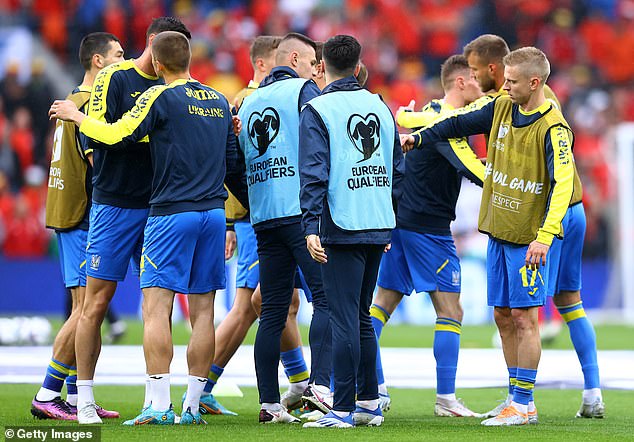 And though they fell at the final hurdle, the flag they received surely symbolises the pride they inspired in the Ukrainian people, at a time when they must endure so much.

Russia invaded Ukraine more than 100 days ago and Ukraine’s players are desperate to give hope to their people by qualifying for the World Cup.

Ukraine manager Oleksandr Petrakov’s side are able to count on the support of most neutrals around the world. 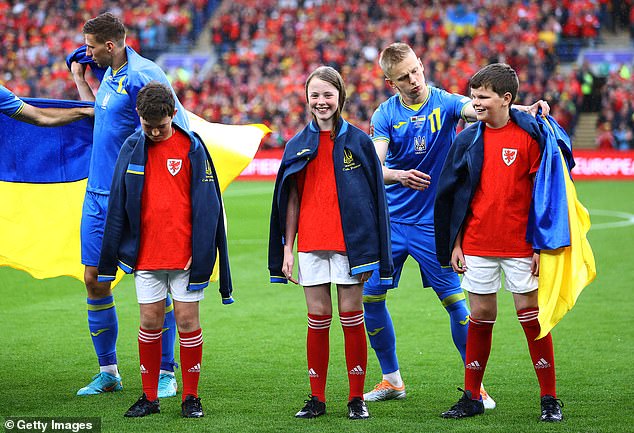 Vlada Shcheglova, wife of Manchester City star Oleksandr Zinchenko, said: ‘At first, it was very difficult to go to training while war was going on in your country. He was overwhelmed with emotions and just wanted to go to fight.

‘But if you look at the statistics, only 1 in 15 men will fight. The other 14 need to keep on working and to help financially.

‘So, Aleks understood that and decided to be helpful for his country with financial support to the army, but we will never be able to fully focus on football again.’

Ukraine set up their Cardiff showdown by beating Scotland 3-1 at Hampden Park on Wednesday on a night of raw emotion.

Petrakov dedicated that win to troops who are defending their country against attacks from Russia – and now says the field of battle will be brought to the dressing room.

‘Our team wrote to soldiers and received a flag from the war, which they promised to hang in the dressing room,’ said Petrakov, who became visibly emotional discussing the situation in Ukraine and spoke little at his pre-match press conference.

‘It’s a really hard situation in Ukraine and not everyone can watch football because of the situation, but we will try to concentrate and play well.’