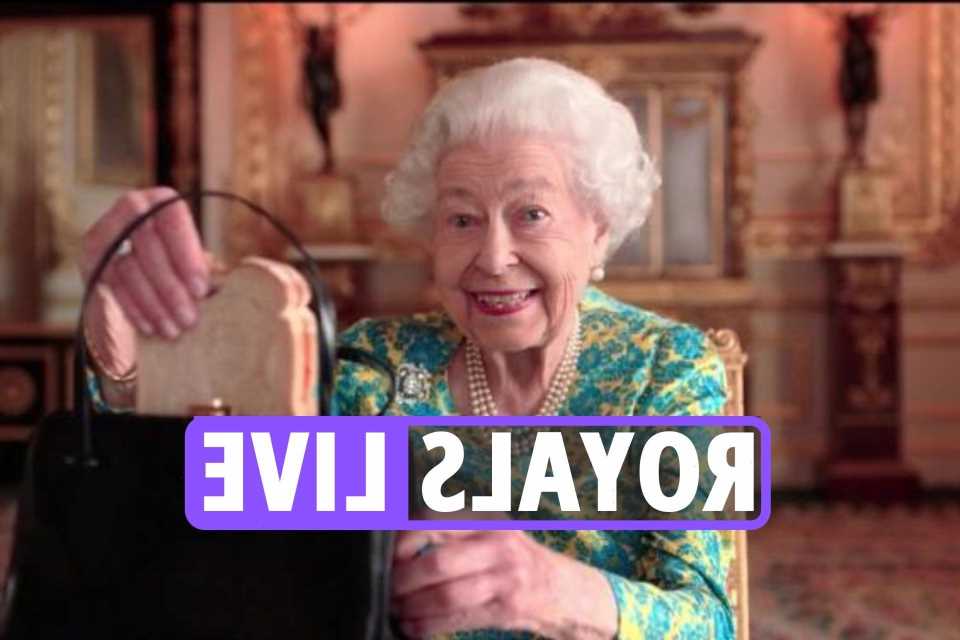 THE Queen delighted millions of viewers by appearing in a surprise comic sketch with Paddington Bear to kick-start the Jubilee concert.

Her Majesty did not attend the festivities on Saturday night but she recorded a hilarious clip with Paddington Bear, tapping out the beat of the We Will Rock You anthem together on china teacups.

The monarch, 96, and Paddington Bear surprised viewers by sharing a warm and hilarious cream tea at Buckingham Palace in honour of her 70 years of service.

With the special, secretly-pre-recorded humorous two-and-a-half-minute sequence played at the start of the televised BBC's Platinum Party at the Palace, the unlikely duo set the rhythm for opening act Queen + Adam Lambert – who joined in on the main stage.

Elizabeth II and the digitally animated character met for a chaotic cream tea at 'Buckingham Palace' in the footage, with the Queen revealing she shares Paddington's love of marmalade sandwiches and keeps an emergency stash in her trademark handbag.

The duffle-coat wearing bear showed the Queen how he ensured he always had his favourite treat on him just in case, lifting up his red hat to reveal his snack.

The Queen responded by revealing "So do I" before opening her bag and declaring "I keep mine in here" to show her very own ready-made supply of the bread and orange preserve staple.

Read our Royal Family blog below for the latest updates…