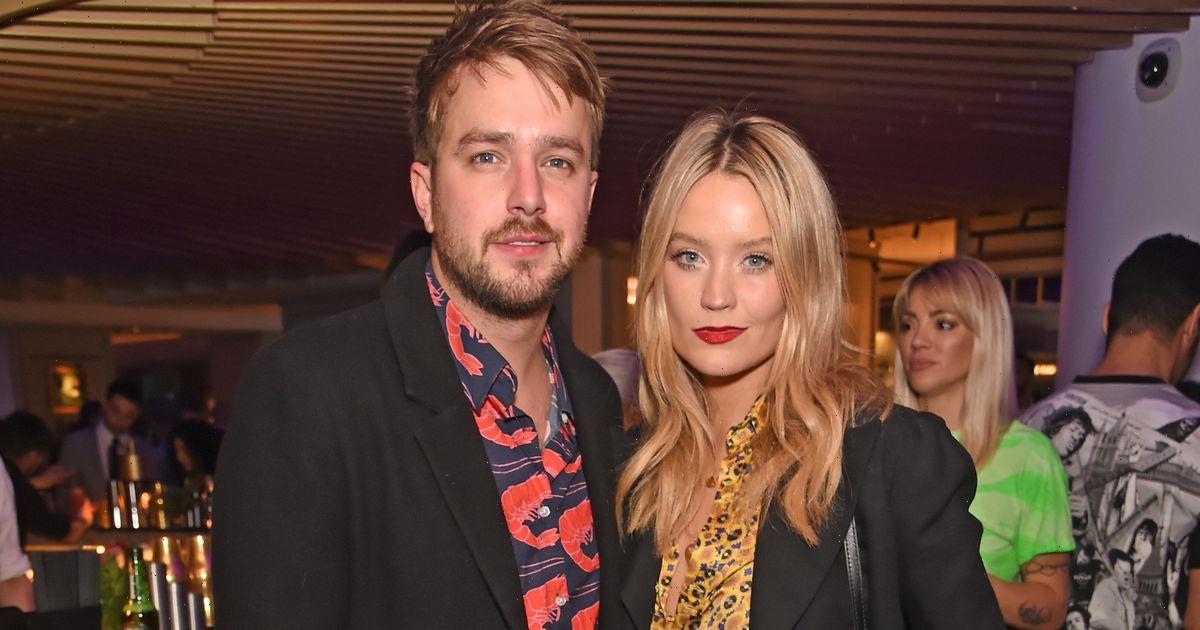 Laura Whitmore and Iain Stirling might work together on Love Island but their own love story began away from the ITV dating show.

Irish stunner Laura, 37, became the new host of the programme back in 2020 after the tragic passing of former host Caroline Flack.

It meant she joined her now-husband Iain Stirling, 34, who has provided the hilarious voiceovers on the series since 2015.

Unlike the sexy singletons on Love Island, Laura and Iain didn't meet on the show and tend to keep their relationship away from the spotlight.

Love Island has just returned for its eighth series, which means a fresh batch of singles are set to land in the sunny Mallorca villa in a bid to find their soulmate.

With the nation's favourite dating show back on screens, Daily Star have looked into Laura and Iain's marriage.

How did they get together?

Laura and Scottish comedian Ian have been dating since 2017, but the blonde beauty revealed they've known each other for "ages."

It looks like the TV stars crossed paths in a suitably showbiz setting, because they reportedly met each other at an ITV party surrounded by mutual pals.

The pair kept their romance quiet for months, but Laura finally confirmed they were a couple in August 2017.

She said: "Yeah he’s my boyfriend. He’s lovely. I’ve got him as my screensaver. I’ve known him for ages."

Iain told Philip Schofield and Holly Willoughby he was "punching" on This Morning, but he didn't disclose any more details about the relationship.

Do you have a story about one of this year's Love Island stars? Contact us at staronlineshowbiz@reachplc.com.

Laura and Iain managed to marry in secret back in 2020 before announcing it to the world in January 2021.

The happy couple tied the knot in an intimate Irish ceremony at Dublin's City hall on November – where they reportedly had just 25 guests in respect of lockdown restrictions at the time.

Laura took to Instagram to explain why they kept their wedding a secret.

She said: "We had been planning the perfect celebration and I will forever be so thankful that’s what we got. We have never spoken publicly about our engagement or wedding. Back at the time we never felt the need to say anything as it’s all such a personal experience. We also were too busy enjoying it."

Iain reportedly popped the question to Laura back in April 2020 as they filmed Love Island in South Africa.

Where do they live?

Laura and Iain took a big step in their relationship when they moved in together back in 2019.

The couple now live at a swanky North London flat – which boasts its very own pub in the back garden.

Although the couple tend to keep their relationship out of the public eye, Laura has given fans glimpses into their trendy abode.

They showed off some of their interior when they appeared on Celebrity Gogglebox during the pandemic – including their lavish L-shaped sofa, artsy rug and wall art.

Their beautiful back garden features their very own pub, which is adorably named The Snug.

The small garden pub has its own bar stocked with shelves of booze and glasses as well as an outdoor decking area which is perfect for lounging around on a summer evening.

Laura revealed the pub in 2020 on Instagram – telling fans: "Sometimes you wanna go where everybody knows your name and they're always glad you came… The Snug EST 2020."

Their dining space is decorated with low-hanging lights, a stlish wooden dining table, but don't forget the adorable portrait of Laura's dog Mick hanging on the wall.

The TV presenters became parents in March last year – when they welcomed their baby girl.

Proud parents Laura and Iain are believed to have named their daughter Stevie Ré – who occasionally features on their Instagram.

Laura first announced her daughter was on the way back in December of 2020 – admitting "such happy news" was hard to keep under wraps.

She wrote: "I want to now share good news as it’s our news to share – and I’m gonna be honest it’s starting to look like my lock down beer belly is out of control.

"Iain and I are expecting a baby early 2021. It’s been hard to keep such happy news quiet.

"Especially the times when I’ve had to run out of live radio to get sick in a bin or my penchant for a bowl of mashed potato in the morning."

She addressed previous claims she was hungover during ITV's Celebrity Juice as she added: "I wasn’t hungover like everyone thought. In fact I was completely sober filming the entire series of Celeb Juice, which is quite the accolade!

"We’d appreciate our privacy respected but just wanted to spread some love and a reminder of the beauty of life."