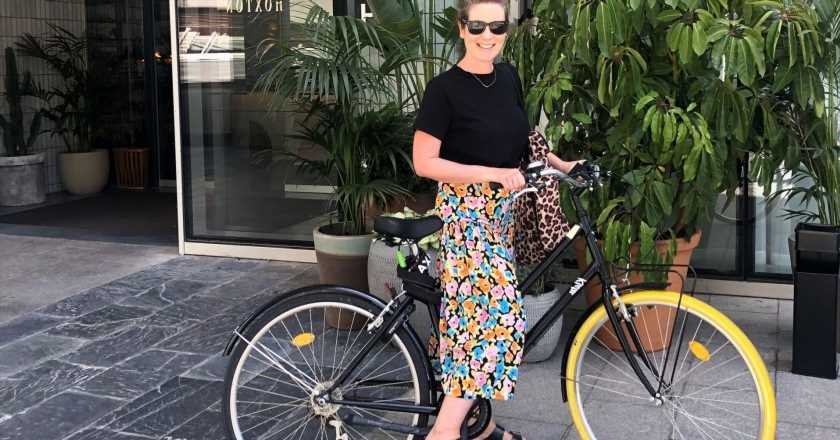 Here’s some life advice for free (just thank me with a mojito later): book yourself a city break to Barcelona.

The Spanish city has an edge on its European hermanas. You’ve got all the cultural tourist hotspots to tick off, such as Gaudi’s modernist architecture (see La Sagrada Familia) and the city’s busy Las Ramblas boulevard, which set the scene for a vibrant city life with the added bonus of a 4km sandy beach (which gets 2,500 hours of sunshine a year).

But here’s the scoop. Head east up the beach and away from the more popular spots in Barcelona and you’ll find the quieter, golden stretch of Playa Mar Bella. Walk directly off the beach up the 1km pedestrian promenade and you’ll find yourself in the hip neighbourhood of El Poublenou (translated as ‘new village’ in Catalan).

This old Catalan textile district dating back to the 20th century has morphed into the city’s coolest neighbourhood, with artisan coffee shops like Hidden Coffee and Little Fern, concept stores such as Espai Joliu, and indie craft breweries including Freddo Fox.

Stroll through the wide, tree-lined streets and you’ll spot some WeWork-esque co-working spaces in old warehouse buildings, as well as art galleries, and colleges for textile design and film animation.

It’s no one’s guess, then, why The Hoxton was drawn to the area to open up a nine-storey luxe hotel this spring. In keeping with the brand’s exquisite design ethos, it’s a serene sanctuary away from the bustling urban streets. It’s hard to believe the 240-room hotel is housed in an old corporate office block (why build more when you can repurpose the old?) with its delicious Instagram-friendly interiors intentionally designed to reflect the Mediterranean landscape.

During my stay at the newly opened hotel, I found myself wanting to walk on the warm terracotta tiled floors with my bare feet, stroke the huge hanging handcrafted tapestries adorning the walls and squish myself into the soft cotton bedspreads. The terrazzo surfaces and the enormous rattan lampshades also did funny things to me, but in a good way. Interior inspo pics now dominate my camera roll.

Sadly, staying in bed forever wasn’t an option. A rooftop pool was calling my name. AndI couldn’t say no to tacos from Tope (The Hoxton’s own taqueria) and a cold Estrella in one of the billowing cabanas either.

From my heavenly sunny spot on the rooftop, I felt a pang of ‘culture-guilt’ looking across the cityscape at the stunning Sagrada Familia. But that was soon fixed by hopping on one of the hotel’s free bikes and cycling through the nearby Gran Clariana gardens towards the gloriously striking – but still yet unfinished – Catholic church. And I’m so glad I did; it’s breathtakingly awesome.

On the way back to the hotel, I managed a quick detour to the Barcelona Design Museum which is conveniently next door. It’s slightly Barbican-esque in appearance, but once inside you’ll find four floors of fashion, ceramics, textiles and graphic design. A must-see for design lovers.

If picking up a vintage bargain is more your thing, you’ll be pleased to hear that the city’s famous Els Encants flea market is a 10-minute walk away. Housed under an enormous 25-metre gold-mirrored roof, you can pick up anything and everything, from a vintage leather jacket for €50 to a retro Olympus camera, and lots of bric-a-brac in-between. You can spot some finds furnishing the hotel too. 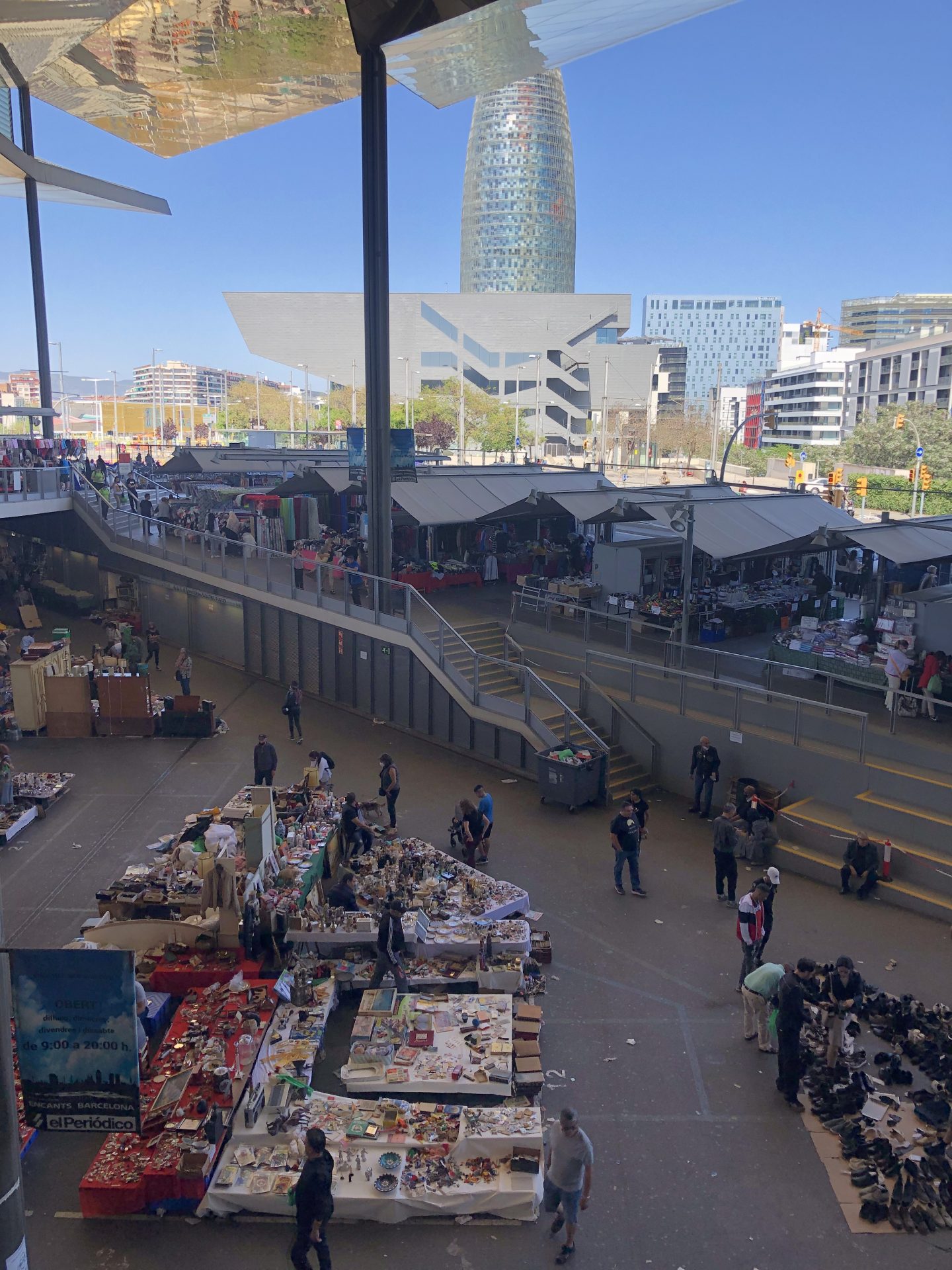 One big bonus of Barcelona (for me, anyway) is that you’ll never go hungry, and some of the best food is to be found right here at the hotel. You mustn’t leave without trying one of the Detroit-style pizzas in the Four Corners bar and restaurant terrace. The base is of focaccia-like proportions and the toppings are dreamy – try sausage jalapeños, soppressata and vodka meatballs to name a few. Outside the hotel, there’s an abundance of tapas restaurants on the doorstep, including Local 225 and Barriteca.

Try and find your way to Monopol (Rambla del Poblenou, 74, 08005 Barcelona). The one-time football clubhouse dating back to 1928 is now a nostalgic and charming neighbourhood bar full of trophies and posters. Live like a local and sip vermouth or head to the garden for some simple dishes. Up for a change of scene? Take a taxi to the narrow side streets in El Born to discover the understated but divine Proper Restaurant (I’m still having flashbacks to the baked ricotta dish and the white asparagus).

One thing that went unticked on my list was a dance at Poblenou’s legendary nightclub Razzmatazz near the hotel. I heard a lot of talk about this place – just don’t think of turning up before 2am if you want to hang with the locals. Which is exactly the reason I never made it. I’d squished myself back into the sheets of the world’s comfiest bed long before…