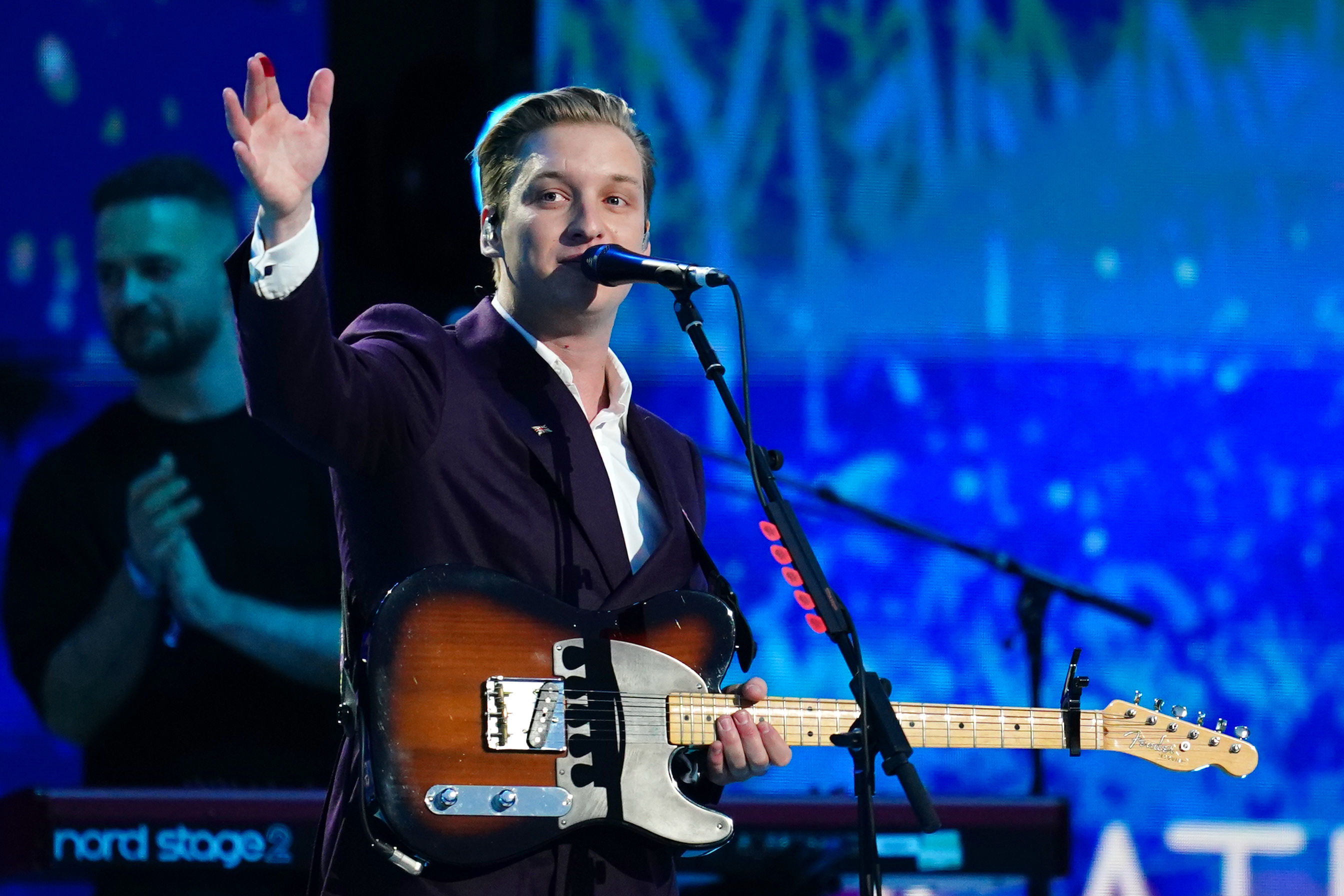 Singer George Ezra was also among them, singing some of his biggest hits for the delighted audience in honour of Queen Elizabeth II.

However, when he belted out his song Green Green Grass from his third studio album Gold Rush Kid, due to be released on June 10 this year, several fans immediately spotted certain lyrics had been omitted.

The chorus should go: ‘Green green grass, blue blue sky. You better throw a party on the day that I die.’

However, George stopped singing after ‘you better throw a party’, and rather than replace the lyrics, carried on playing his guitar in silence before picking up the next line.

Several people were astonished when they spotted the lyric change, with one tweeting: ‘So they cut the lyric “on the day that I die” after “you better have a party” from George Ezra’s performance at the Platinum Party at the Palace?!’

‘Not George Ezra having to cut “you better throw a party on the day that I die” at the platty joobs concert,’ another wrote.

Some speculated whether the singer was asked specifically by the Palace to alter the song, as he and the other members of the line-up performed in celebration of the 96-year-old monarch.

‘George Ezra “They’re gonna throw a party on the day that I…” Palace officials- yeah could you not sing that integral part of the song,’ one person wrote.

Someone else remarked that in their opinion, George should have simply sang a different song if the lyrics were going to pose an issue.

‘This show has been excellent but that George Ezra song choice was so awkward…’ they said.

‘If you’ve got to cut out part of the chorus, pick another song. Really not the best song choice for a party for a 96 year old.’

The Queen’s Platinum Jubilee concert has been a spectacle to say the least, opening with an unexpected and adorable skit starring the Queen and Paddington Bear.

The duo began tapping along in the pre-recorded scene as the concert’s music began, with Queen being the first group to take to the stage with Adam Lambert on the lead vocals.

Eurovision star Sam astounded the nation once again with his heavenly vocals during another rendition of his track Space Man, while comedian Lee Mack took the opportunity of presenting on stage to make a partygate dig, with Boris Johnson in the audience at the royal box.

The Queen’s Platinum Jubilee concert is airing on BBC One and will be available to watch on BBC iPlayer.

Dust off your Union Jack bunting, Queen Elizabeth II’s Platinum Jubilee is well and truly upon us.

Taking place from Thursday, June 2, to Sunday, June 5, the celebrations mark Her Majesty’s record-breaking 70th year on the throne.

Across the UK, there will be street parties, concerts, and other special events attended by the Queen and senior members of the Royal Family.

Visit Metro.co.uk’s Platinum Jubilee page for all the latest updates.