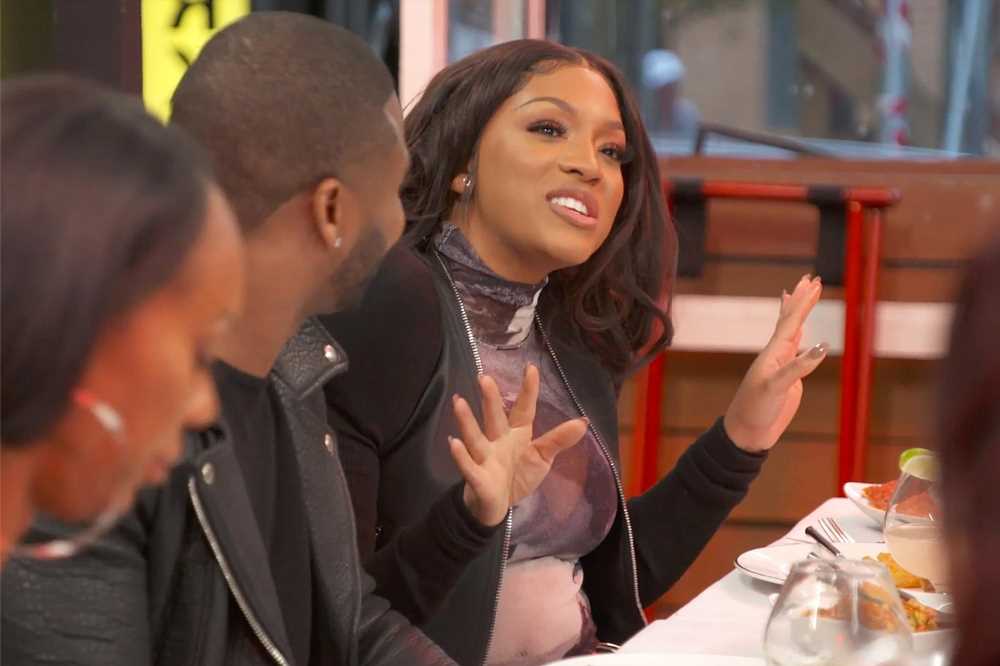 Drew Sidora reveals her past romance with a mystery basketball player on Sunday night’s episode of “The Real Housewives of Atlanta” — and Page Six has an exclusive sneak peek.

“I was on Melrose and we were at a restaurant and a certain king of the NBA sent me over a drink,” Sidora, 37, says during a group meal, while her castmates and husband, Ralph Pittman, listen intently.

The “CrazySexyCool” actress tells the story after Kenya Moore asks the women to reveal the “most famous person who ever hit on” them.

At one point in the clip, Sidora seemingly mentions the athlete by name — though the audio is censored. 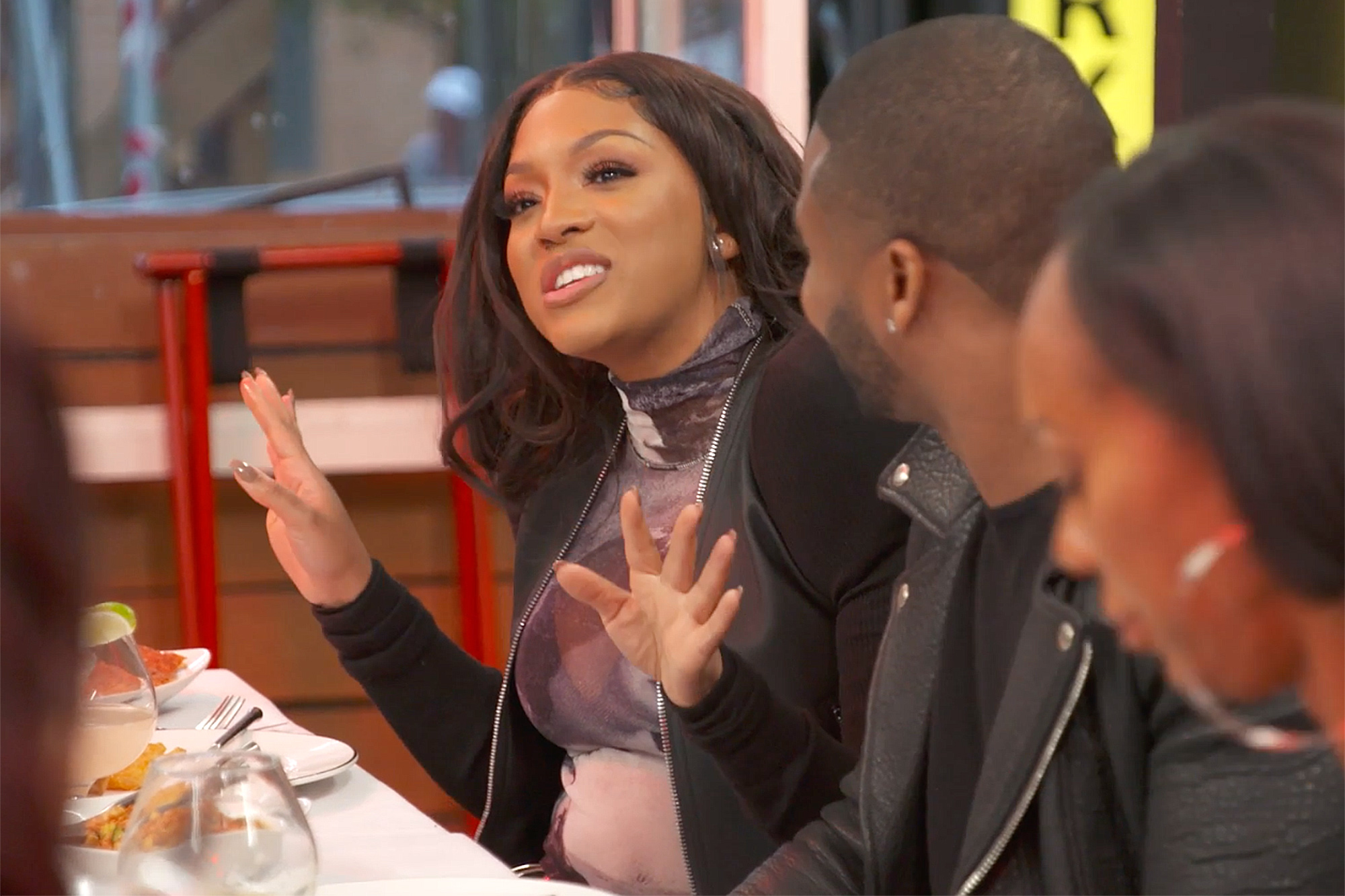 The singer goes on to share more of her experiences with the sportsman.

“We went on a couple of dates, he flew me to his games. He would listen to my music before his games. All those games he was winning, it was off of my music!” she proudly exclaims. “I’m just saying.”

In 2006, Sidora recorded several songs for the “Step Up” soundtrack, including “’Til the Dawn” and “For the Love.” The star, who appeared alongside Channing Tatum and Jenna Dewan in the dance film, has consistently released music since; her most recent single, “Winner,” dropped in 2018.

In a confessional, Hampton, 46, shades Sidora’s sonic accomplishments. “What music does she have?” the Le’ Archive founder says. “Does she have music?” 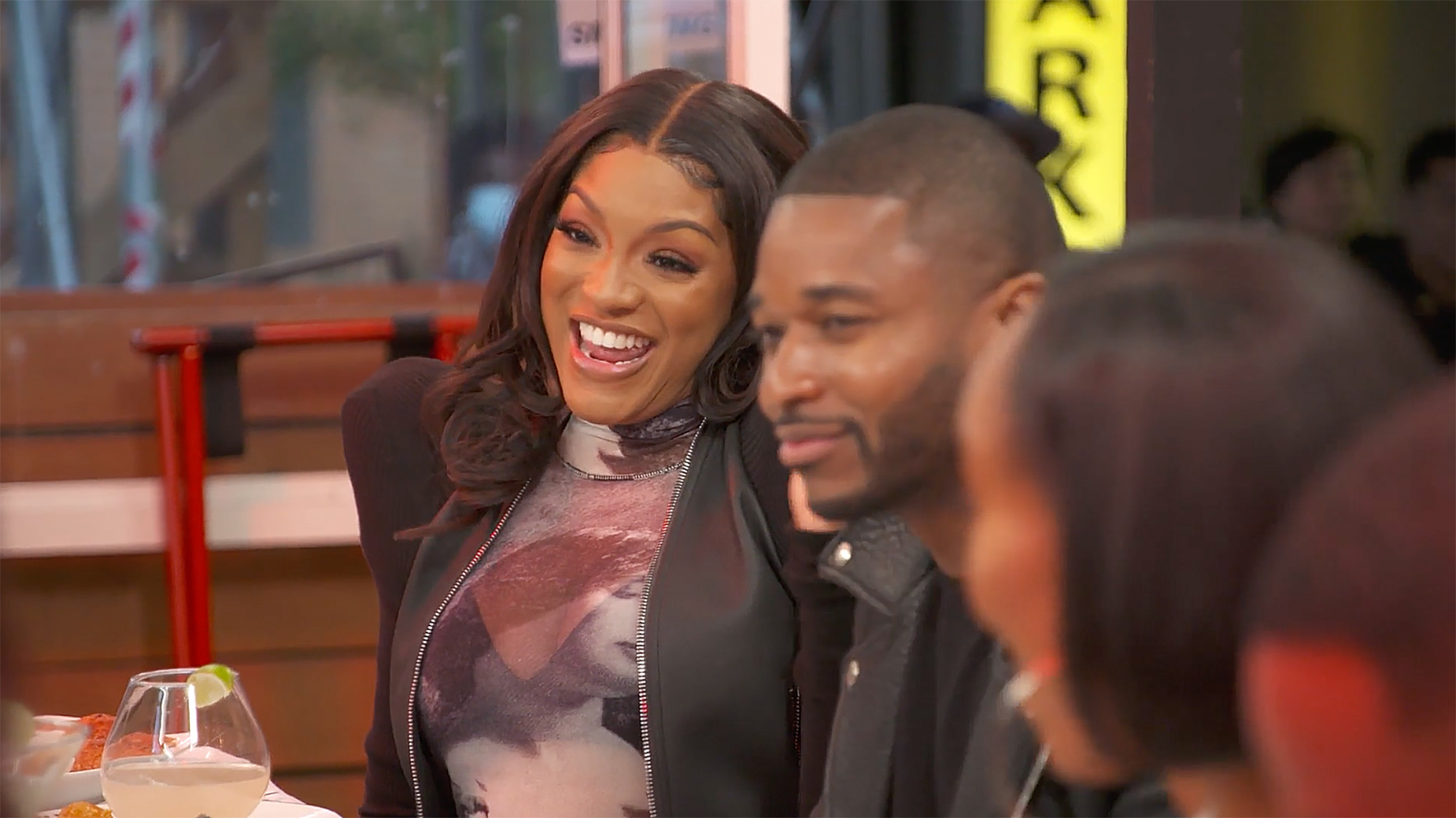 But Sanya Richards-Ross has a more pressing question about Sidora’s situation. “Hasn’t [bleep] and [bleep] been dating since high school?” the former Olympian, 37, asks in a confessional.

Moore, 51, then hints at who Sidora’s “certain king of the NBA” might be.

“Child, Drew is talking about LaQuan,” she tells the camera, which conspicuously rhymes with LeBron — as in Los Angeles Lakers legend LeBron James. “Y’all just heard it wrong.” 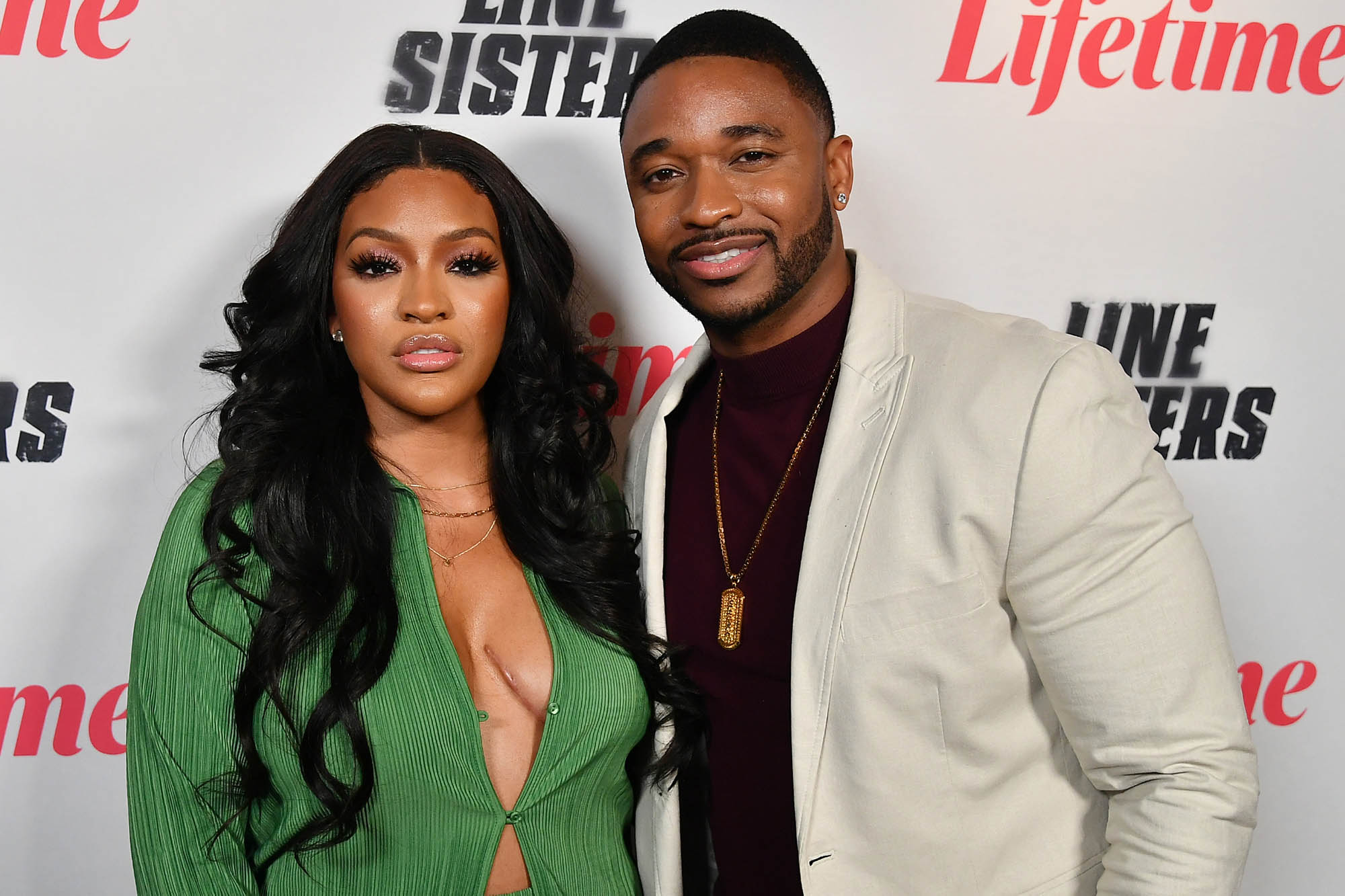 In the preview, Sidora’s spouse, Pittman, 39, responds to her juicy admission with ease — despite their ongoing marital woes.

During last week’s “RHOA” episode, Sidora revealed that she stopped wearing her wedding ring as they worked through their relationship issues — including Pittman’s alleged flirty text exchange with a former female assistant — in couples counseling.

“It’s just the journey of trying to get through life and trauma and triggers. And you have to be patient on both ends because I’m not always perfect,” Sidora previously told Page Six. “He’s not always going to be perfect … [but] we both married to stay together forever.”

Sidora and Pittman wed in 2014. They share son Machai, 6, and daughter Aniya, 4, and parent son Josiah, 11, from a previous relationship of Sidora’s. 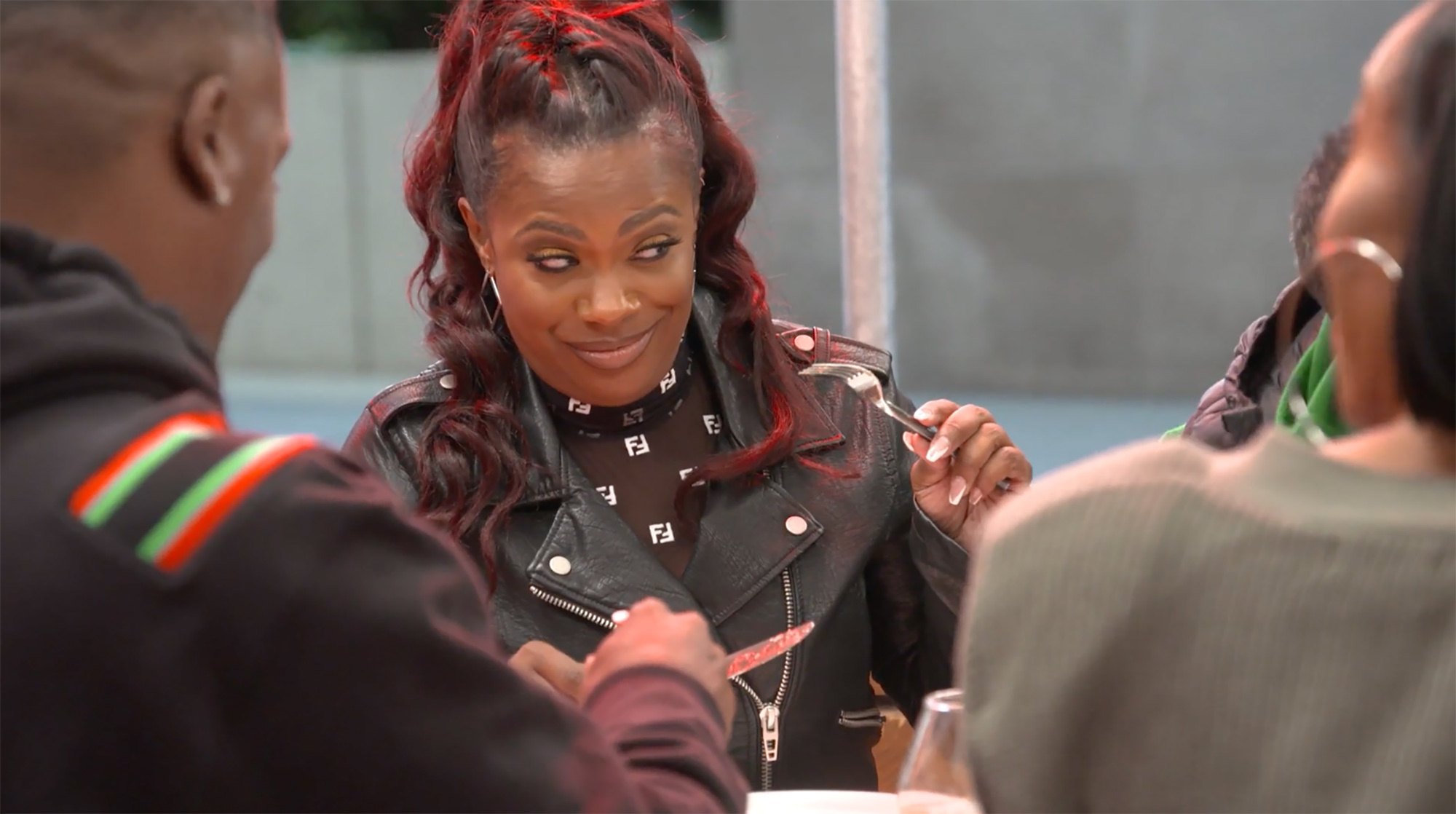 “I mean, like, I was in a whole blown relationship with Gerald Levert,” the Xscape songstress tells her co-stars, later adding in a confessional, “I actually have a song with him that we did together that we never released. Like, it’s just sitting on my hard drive.”

“The Real Housewives of Atlanta” airs Sundays at 8 p.m. ET on Bravo.