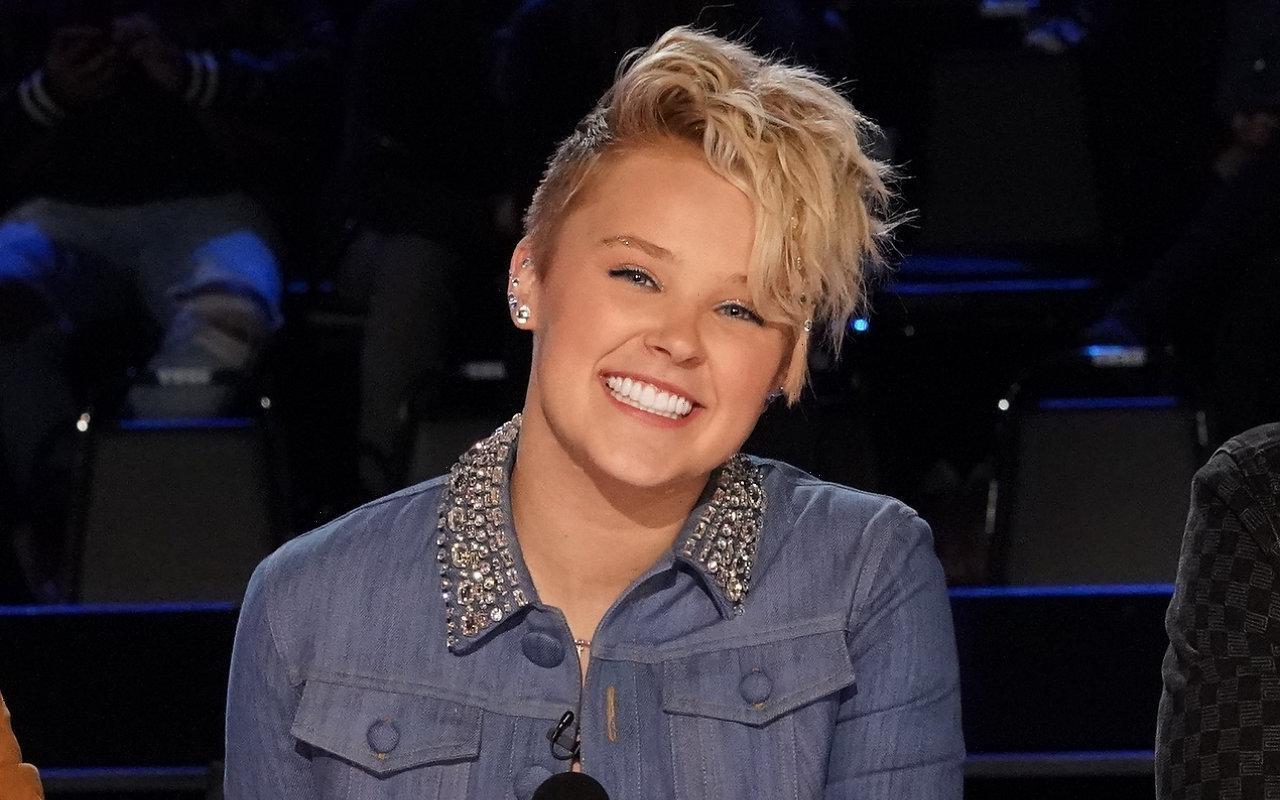 The critic takes to Twitter to share that he is actually hoping that the 19-year-old leaves FOX’s ‘So You Think You Can Dance’ instead of Matthew Morrison.

AceShowbiz –JoJo Siwa definitely knows her worth. On Tuesday, May 31, the 19-year-old, who recently joined the judging panel of “So You Think You Can Dance“, hit back at someone who appeared to doubt her credibility for the gig.

The critic took to Twitter to share that he was actually hoping that JoJo left the FOX dancing competition show instead of Matthew Morrison. “Dammit. I saw the headline ‘Judge Leaves #sytycd’ and got all excited. Yes! @itsjojosiwa was out!,” the person said.

“But, nope. It was Matthew Morrison. Dammit! I thought he brought the broadway perspective to the show. Maybe not an expert on dance, but on showmanship. Still won’t watch,” he added.

In response to the tweet, JoJo wrote back, “Literally why tweet this?” In a separate post, the “Boomerang” singer listed a few accomplishments that she has throughout her career. “18 Years of Dance Knowledge. 4 Major dance TV shows. I’ve hired over 1000 dancers. 16 Dance music videos,” the “Dance Moms” alum wrote. “If you don’t like me that’s okay… but if you think I don’t know about dance ya just sound silly.” 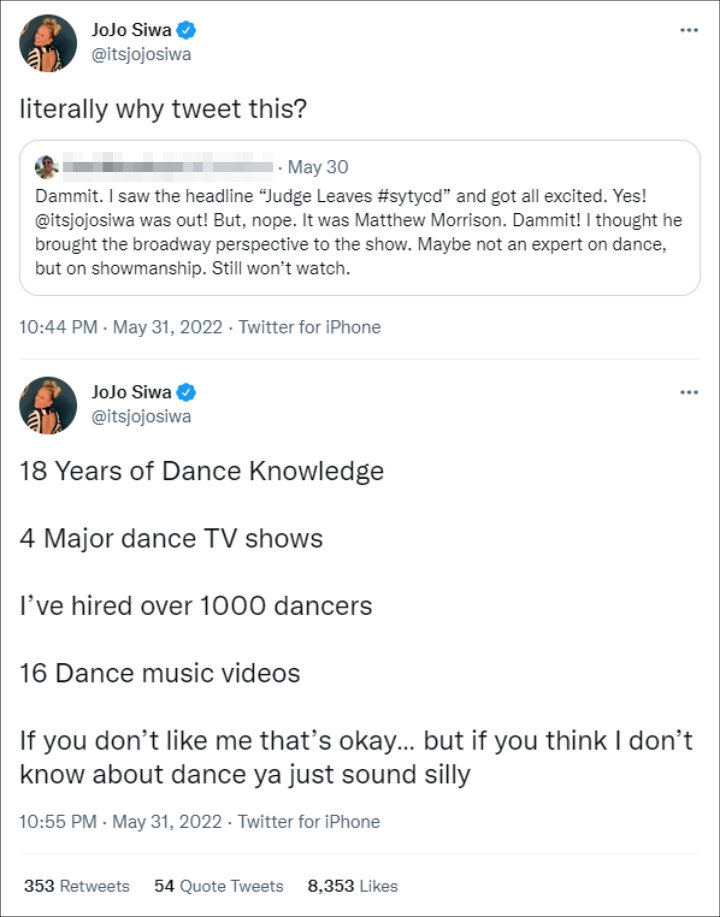 Back in July 2020, JoJo opened up about the highs and lows of fame and how she coped with the harsh criticism she faces online. “I’ve heard everything under the sun about me,” she said on “Nightly News: Kids Edition”. “I mean, it can be hard. And it hurts, but as a person you want people to be nice and you’re never, never, ever going to please everybody.”

“You know, there are times where I joke around and I say, ‘Once every three months, I just kind of bottle everything up and then I just break one night.’ I have a bit of a breakdown and I cry for a solid three hours, I take a shower and I call it good. I put my game face back on,” she playfully noted.