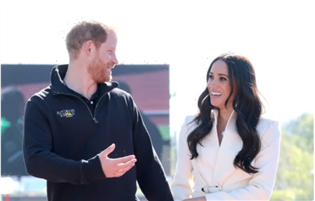 It’s been over two years since Meghan Markle and Prince Harry relocated to the US, and depending on whom you ask, the Duke and Duchess’ time in America has either been wildly successful or an abject failure.

The truth, as usual, can be found somewhere in between those extremes.

Despite what some pundits wpuld have you believe, Meghan and Harry appear to be doing just fine both financially and in their relationship.

But truth be told, they probably thought that by now, they would be a little further along and terms of establishing themselves as American media moguls.

Critics of the couple have delighted in a few recent setbacks, including the cancelation of Meghan’s Netflix animated series, Pearl, which was to focus on the adventures of a young girl who would draw inspiration from the examples set by famous women throughout history.

It was the kind of uplifting content that Meghan and Harry have been promising since they first started signing media deals, and the fact that it ws shelved before a single episode aired doesn’t bode well for the future of the Sussexes’ brand.

The decision probably had more to do with recent budgetary troubles at Netflix than with the quality of the project, but the fact remains that after two years in LA, Meghan and Harry have yet to make their mark with as media tycoons.

“They have had to cope with changing plans, they put a lot of effort into developing Pearl,” Daily Mail editor and royal expert Richard Eden told the Palace Confidential podcast this week.

“They invested a lot of hope in that. A lot seems in flux, like Harry’s memoir as well.”

As far as we know, there’s been no disruption in the plans surrounding Harry’s memoir, but Eden might be referring to the fact that Harry and Meghan would like to move away from gossip surrounding their personal lives and rebrand themselves as purveyors of emotional uplift.

“I do sense there’s a bit of trouble there really,” Eden said this week.

“It’s very curious all these photos of Meghan getting involved with all these polo events,” he continued.

“I remember writing about the polo back in Britain years ago that Meghan wasn’t very keen for Harry to play in polo matches unless it could be guaranteed that it would raise £1million for charity each time.”

Eden claims that Meghan appears to have lowered her standards and is now perfectly fine with Harry competoing in low-profile matches.

“She felt that it was kind of beneath him to be playing in matches that would just make a few thousand pounds when he should be going for the big-ticket matches.

“But here he is, playing polo every week, and we’ve got Meghan turning up at all these events, handing over trophies, the same way she turned up at the Invictus Games.

“To me, that’s an indication that all’s not well.”

As recently as this past weekend, Meghan was by Harry’s side as he competed in a match at the Santa Barbara Polo & Racquet Club.

Meghan even presented the trophy to Harry’s team after their victory.

In terms of public visibility, this is a very big week for Harry and Meghan, who will be attending the Queen’s Platinum Jubilee celabration in London.

While the Sussexes will not be joining the rest of the royals in the official parts of the ceremony, the event will mark the first time in two years that Harry and Meghan will be under the same roof as Elizabeth, Charles, William, and Kate.

The eyes of the world will be watching.

And no doubt everyone involved will be doing their level best to send the message that all is well within the world’s most famous family.