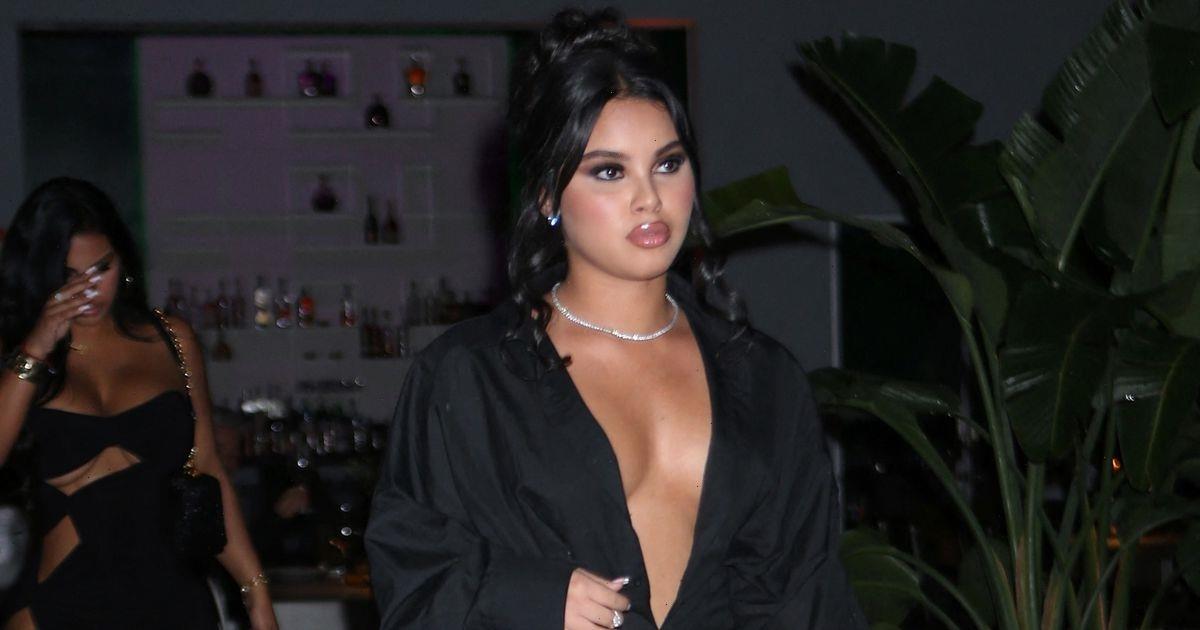 Liam Payne's girlfriend has been photographed showing off her toned figure in a shirtdress while on a night out with a pal in Miami, US.

The former One Direction star sparked split rumours from fiancée Maya Henry last week after being spotted with a "mystery woman", who has now been identified as the 24 year old model and influencer who previously starred in Liam’s music video for his song Familiar.

The pair have since been seen on several occasions, including once when they walked through Heathrow Airport together. And now, Aliana has made an appearance out on the town without Liam – enjoying an evening with a pal.

Walking out of a restaurant, Aliana showed off her toned figure in a black shirtdress that she left unbuttoned down to her midriff, ensuring her cleavage and abs were on display.

She paired the daring number with a pair of green strappy heels and a light blue purse, while accessorising with a silver chain around her neck as well as several silver rings.

Styling her raven hair up into a high bun with several strands falling down, she donned a full face of make up as she wore a smokey eyeshadow alongside a nude glossy lip.

Aliana's outing comes after her rep recently hit out against claims she struck up a romance with Liam before his relationship with Maya had ended.

Speaking to E! News, her representative said: "Aliana is very taken back by the accusations that have been made regarding a relationship with Liam while he was still engaged or involved with [his] ex fiancé.

"Under no circumstances would Aliana have involved herself in a public relationship as such if there was any truth to the comments that have been made."

They added: "She is very protective of her personal life and has nothing more to say at the moment other than she is very happy and does not wish to discuss this situation moving forward."

When Aliana and Liam were seen together at a London airport last week, Liam refused to comment on his ex. However, when complimented that he and Aliana looked good together, he replied: "Thank you very much," appearing to confirm their romance.

It's only recently that news of Liam and Maya's split emerged, and discussing his romance in an a previous interview with People, Liam shared that the couple "went through a lot" during lockdown.

"I think we went through a lot in COVID. I feel like we've come out the other side of it a bit stronger," he said.

"Most couples who have been married for years struggled, right? So, I mean, we're still really happy to be here together today."

Despite this, Liam broke off their engagement last June, before reuniting a few weeks later after they'd had "some time to think".

For all your updates on , sign up to our daily OK! newsletter.