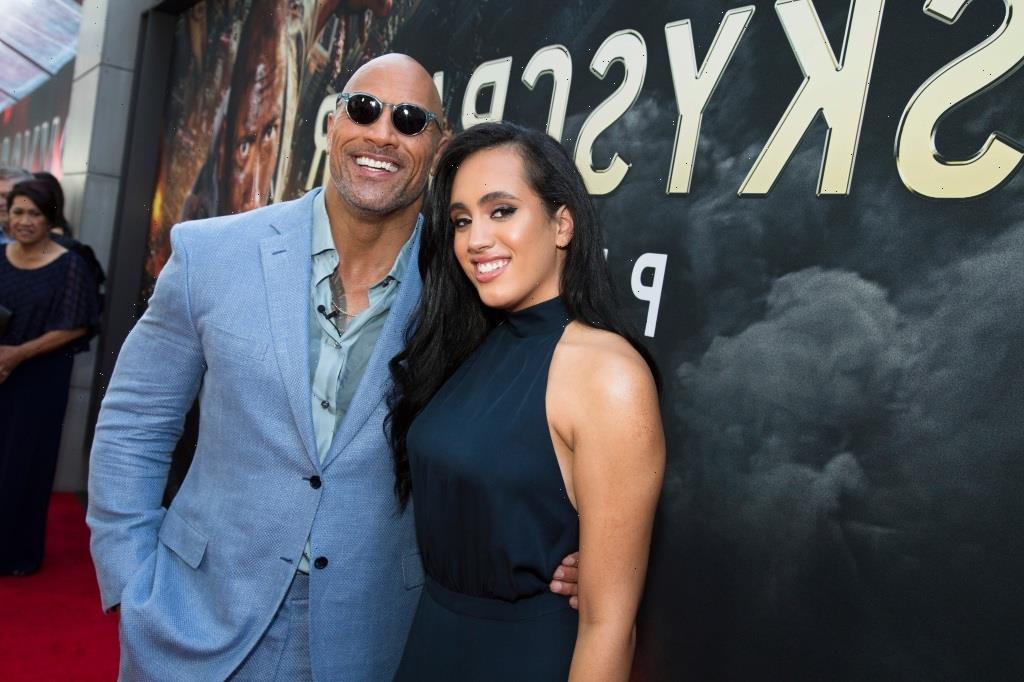 Wrestling is a family tradition, and Dwayne “The Rock” Johnson’s oldest daughter, Simone Johnson, 20, is following in her famous dad’s footsteps with a slight twist. Simone, whom The Rock shares with ex Dany Garcia, recently announced her WWE wrestling stage name on Twitter — and it’s a clear break from her dad’s legacy.

On May 29, the pro wrestler changed her Twitter bio to @AvaRaineWWE, referencing her new stage name: Ava Raine. It’s beautiful, it’s tough, and it has nothing to do with rocks of any kind.

Weirdly, some people were not happy. One person wrote, “I’m slightly disappointed she won’t be known as The Pebble,” to which Simone responded, “i beg of you guys to find a new joke. anything.”

“I probably sound like a broken record & hopefully this is the last i’ll mention this,” she wrote in another Tweet. “But i don’t understand why people being portrayed as separate individuals from their family name is such a heated topic.” She added, “a name doesn’t discredit any prior accomplishments from any family 🤷🏽‍♀️.”

Seriously! She’s a grown woman with her own ambitions and dreams. Sure, she’s proud of her dad, but why should she have to name him in her career?

In another Tweet, Simone wrote, “I could build my entire career around my father & people would still bash me anyway 🤷🏽‍♀️.” This is, sadly, probably true.

WWE announced Simone had begun training at the WWE Performance Center in Orlando, Florida, on Feb. 10, 2020, under Head Coach Matt Bloom and Assistant Coach Sara Amato. The company said Johnson is “on her way to becoming WWE’s first-ever fourth-generation Superstar.”

Wrestling runs in the family, with her great-grandfather known as Peter “High Chief” Maivia, her grandfather known as Rocky “Soul Man” Johnson, and her dad, The Rock, who quit wrestling in 2004 to focus on acting. The Rock also has daughters Jasmine, 6, and Tiana, 4, with wife Lauren Hashian.

“It means the world to me,” Johnson told the WWE in 2020. “To know that my family has such a personal connection to wrestling is really special to me and I feel grateful to have the opportunity, not only to wrestle, but to carry on that legacy.”

Coach Bloom told the WWE, “Simone knows she has a lot to learn. She’s hungry to learn and picks the coaches’ minds, and the veteran Superstars’, as well. She’s not going to rest on her laurels. It’s been a short time, but she’s been crushing it.”

In an interview on The Tonight Show with Jimmy Fallon in 2020, The Rock said, “It blows my mind,” about Simone signing with the WWE at 18 years old. “First of all, what an honor that my daughter wants to follow in my footsteps but more importantly — follow in my footsteps sounds cliché — but she actually wants to create and blaze her own path, which is just super important. And she wound up being the youngest signee in the history of the company.”

Luckily, many people were supportive of Simone’s name choice, and Simone made sure to thank them. “& im not trying to ignore or undermine all the sweet comments & support i get 🌹 thank you guys,” she wrote on Twitter.

She’s keeping a sense of humor about the whole thing, writing on Twitter yesterday, “ask me about anything except for wrestling.”

Ava Raine is going to be so much fun to watch in the ring!

These celebrity tattoos are an homage to their kids.