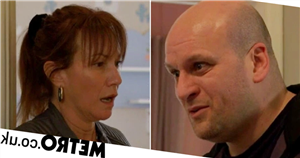 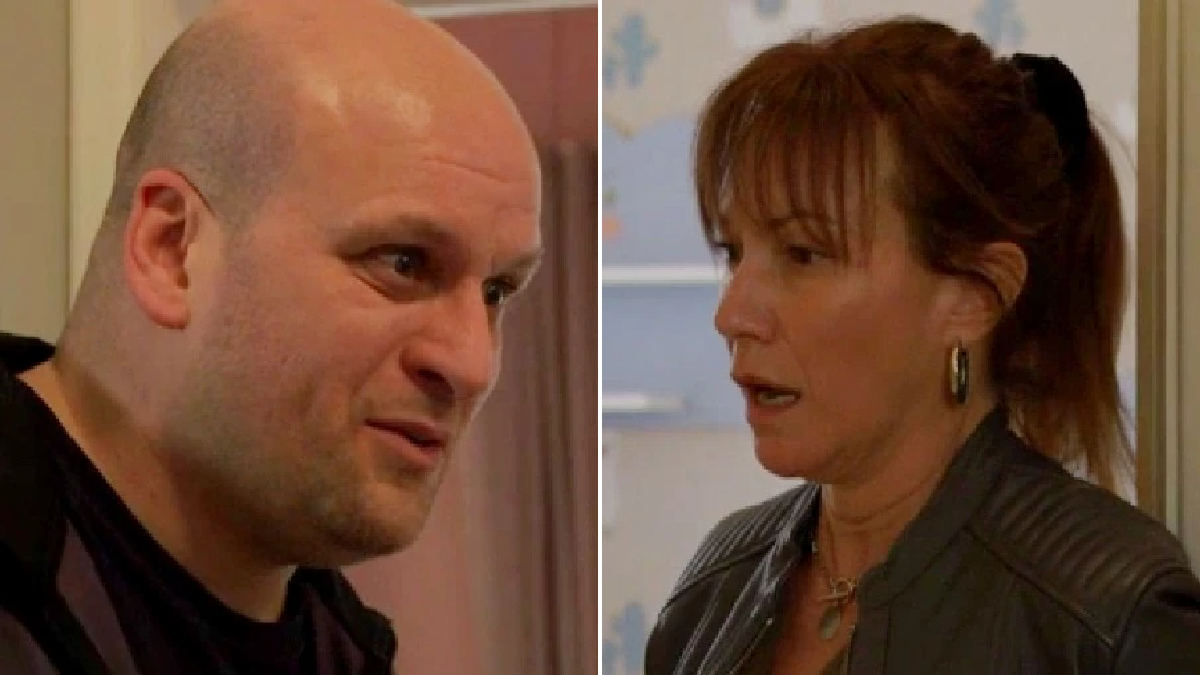 Last week, a struggling Stuart admitted to Rainie that he is yet to connect with their baby son.

Stuart apologised for the way he was feeling, but told his partner he would say yes if they were to ever think about sending Roland back to Bernie (Clair Norris), his biological mother.

Tonight, Rainie glossed over Stu’s recent comments and decided to organise a picnic.

In the Square Garden, Rainie unpacked dips, snacks and pink lemonade, excited about spending some time with her family.

Stuart, however, wasn’t able to join in and told Rainie his feelings towards Roland won’t go away quickly.

Back at home, Stuart listened in as Rainie tried to remind her husband there is so much to look forward to when it comes to bringing up a child.

Frustrated over Rainie’s attempt at telling him how to feel, Stuart slammed a mug on the kitchen unit and said pretending everything is okay is ‘doing [his] head in’.

Unaware her husband has post-natal depression, Rainie told Stuart his feelings will change within a couple of weeks, but she feared for the future when Stuart said, ‘if I have to live with him [Roland] for another month, I’m scared, Rainie, I’m scared of what I’m going to do’.

Stuart left and slammed the bedroom door shut, but will anyone see he needs to seek professional help?

Or will Rainie really consider returning baby Roland to Bernie?