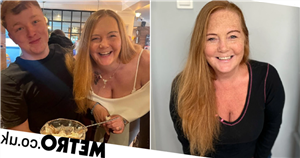 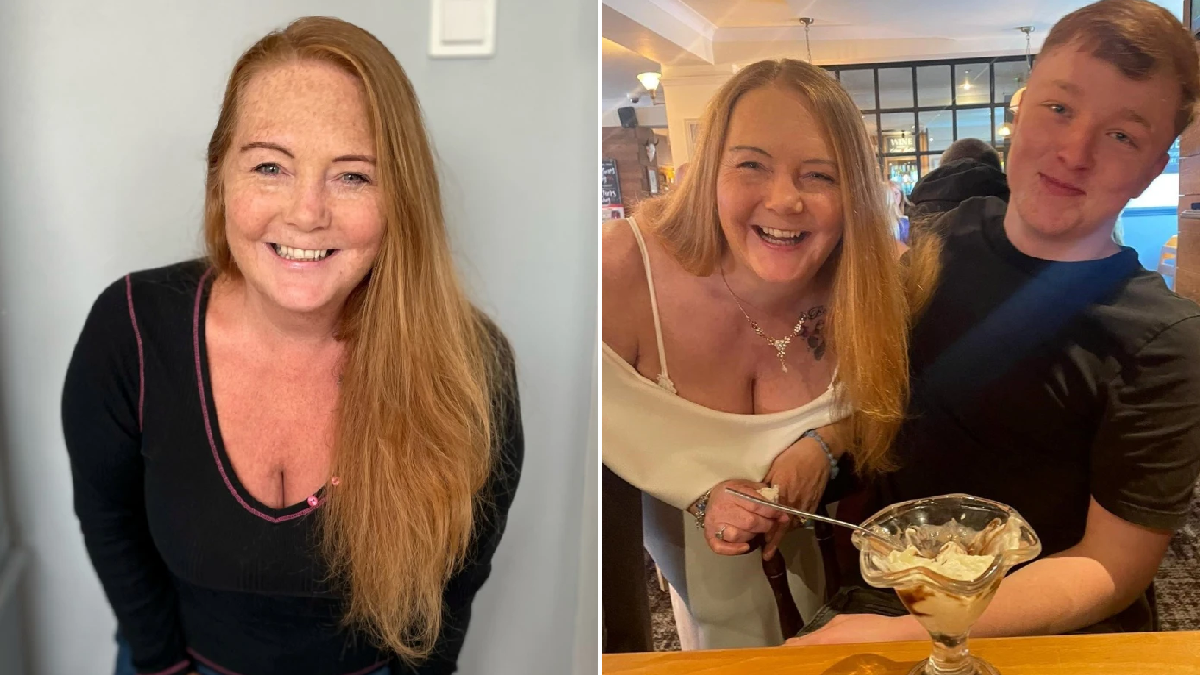 Tina Papworth’s routine eye test earlier this year turned out to be a life-saving check-up.

The foster mum – who has raised 20 children – went for the £10 test at her local Boots opticians, only to discover an abnormality.

Tina was referred to an eye clinic referral and, at first, was prescribed drops for suspected glaucoma.

However, the 53-year-old had more tests in March this year and was sent for an MRI – which revealed a large brain tumour.

The foster mum explains: ‘They decided to send me for an MRI to check that nothing was pressing on my optic nerve.

‘I kept thinking they were wasting NHS resources on me and wondering why they were doing it, but now I’m glad they did.

‘The consultant said they’d found a large tumour that was in a tricky, deep place but that they were going to drill into my skull to remove it.

‘I was sitting down at the time and had tears running down my face. It was like a wave came over me and I just shut down.

‘“Deep”, “tricky” and “large” aren’t three words you want to hear associated with your brain tumour.’

Now, Tina is waiting for a craniotomy in June – but says she feels positive ahead of the surgery, as it was spotted early enough to be operable.

The mum, who has fostered 18 children and has two biological children, says: ‘When I was diagnosed, I was sitting down at the time and had tears running down my face.

‘It was like a wave came over me and I just shut down.

‘But I’m a glass half full kind of girl; I think it’s really important to keep a positive mindset.

‘I want my children to see me as a positive, brave person. I’m not crumbling to bits.

‘I have my moments, obviously, but I’m going to fight this.’

Tina also stresses that it was the best £10 she’s ever spent.

She’s now working with the charity Brain Tumour Research to share her story.

The 53-year-old adds: ‘There’s not enough awareness so, when you hear the words “brain tumour”, you fall to bits, even though in some cases you needn’t.

‘I’m one of the lucky ones because mine is low-grade and operable, but I do feel quite guilty about not having a worse one.

‘I am keen to do what I can to help others cope with their diagnoses better than I did – if I can do that it’ll make it worthwhile.’