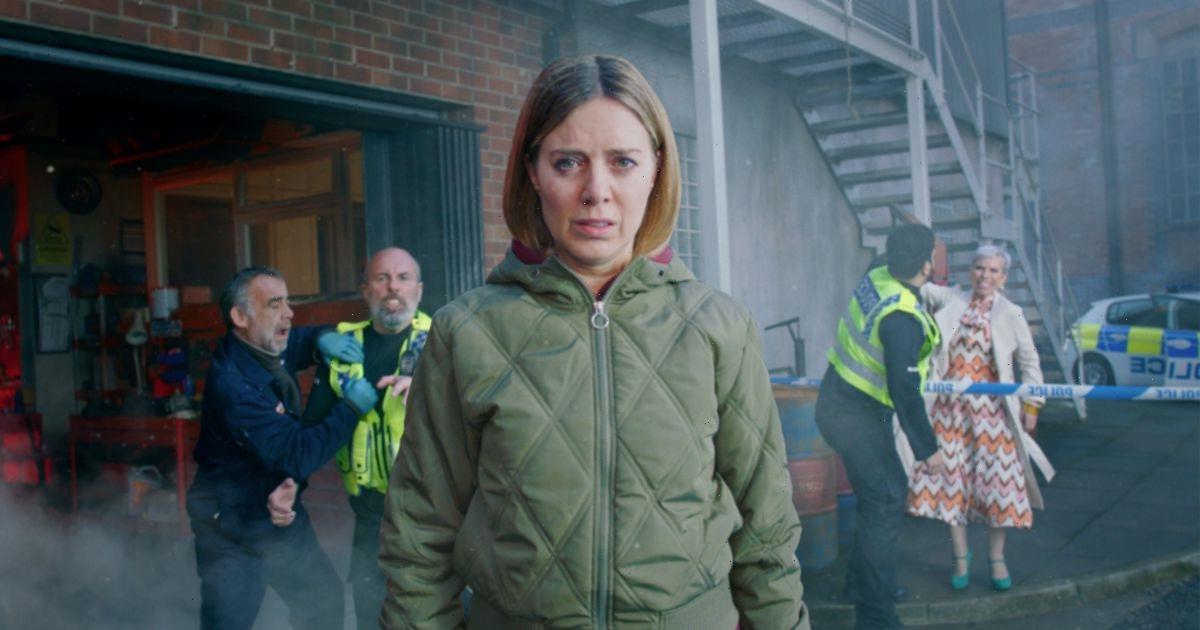 Coronation Street left viewers in suspense on Monday night as Abi Franklin attempted to flee with baby Alfie but was rumbled at the last minute by Imran Habeeb.

During the latest instalment, Abi decided to go through with her plan to take her son to Costa Rica, using fake passports and documents.

Just before she left Weatherfield for good, Abi had an emotional goodbye with estranged husband Kevin Webster as she prepared for a new life away from the cobbles.

After he left, the door knocked again with Abi thinking it was Kevin but it was actually Alfie's dad Imran, who recently won custody after lying about Abi, as he came over to see his son.

However, Abi's suitcase and fake passports were on full display as an oblivious Imran failed to spot them as Abi looked over nervously.

Just as it looked like Imran was about to leave, he decided to say goobye to his son as he then noticed the suitcase and fake passports, exclaiming: "Oh!"

However, soap watchers were quick to point out Abi's blunder as they questioned why she didn't move the fake passports while Imran was saying goodbye to his son as his back was turned.

One person said: "Why didn't abby move the passports when he was looking at alfie #Corrie."

Another follower wrote: "Who leaves their fake passport lying around #Corrie."

While a different fan added: "Now why wasn't that fake passport not in your bag Abi #Corrie…"

It comes as Corrie is set to air a horrific car crash which leaves both Toyah and Imran lying unconscious in the wreckage.

As Imran drags Toyah’s unconscious body from the car, he begs her not to die as an ambulance arrives.

The police are convinced the crash was no accident and question Kevin about it, as he had been working on the car. Kevin tells Abi he wants them to get back together again and that they will fight for baby Alfie, no matter what happens.

There'll also be flashback to the lead-up to the crash. What really happened in those fateful moments?