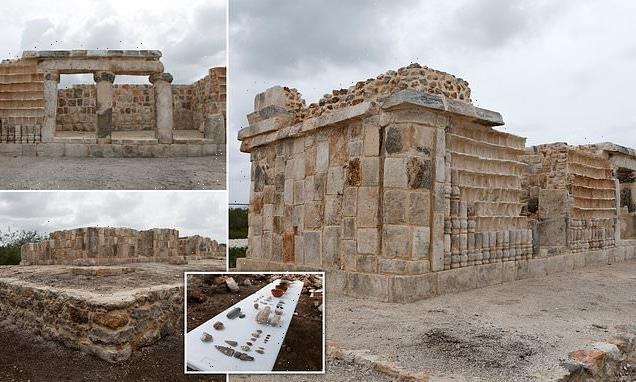 Ancient ‘Spirit of Man’ city unearthed in Mexico: 1,500-year-old Mayan settlement filled with palaces, pyramids and plazas is found on a construction site

The ruins of an ancient Mayan city filled with palaces, pyramids and plazas have been unearthed on a construction site near Merida on Mexico’s Yucatan Peninsula.

Known as Xiol, which means ‘Spirit of Man’ in Mayan, the pre-Columbian city is thought to have been home to around 4,000 people between 600 and 900 A.D.

It has features of the Mayan Puuc style of architecture, archaeologists said, which is common in the southern Yucatan Peninsula but rare near Merida.

Researchers also located nearby burial grounds of adults and children, who were interred with obsidian and flint tools, offerings and other belongings.

‘There were people from different social classes… priests, scribes, who lived in these great palaces, and there were also the common people who lived in small buildings,’ said Carlos Peraza, one of the archaeologists who led the excavation of the city. 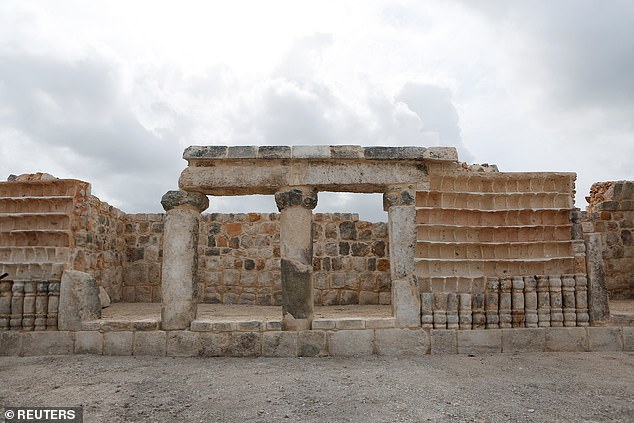 The ruins of an ancient Mayan city filled with palaces, pyramids and plazas have been unearthed on a construction site near Merida on Mexico’s Yucatan Peninsula. 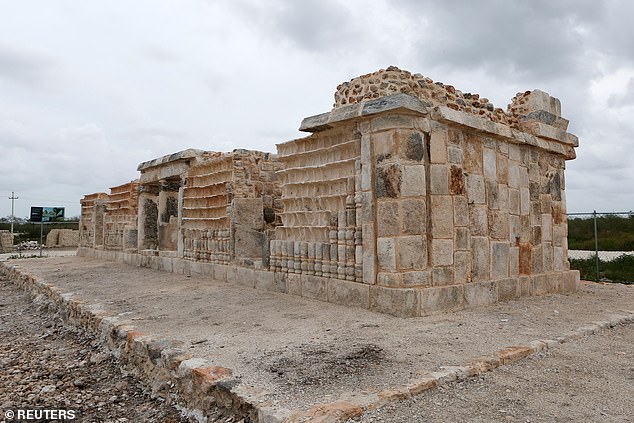 It has features of the Mayan Puuc style of architecture, archaeologists said, which is common in the southern Yucatan Peninsula but rare near Merida. 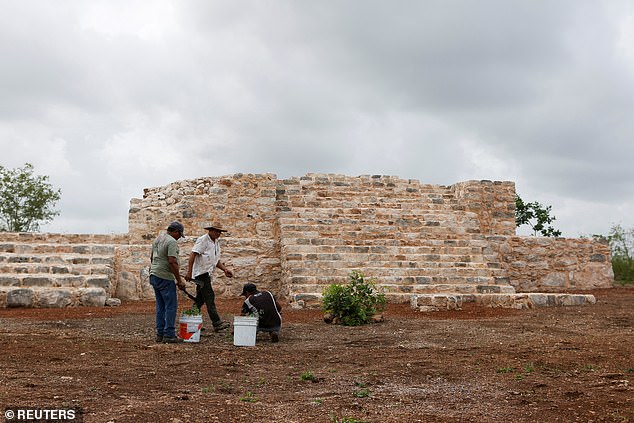 The team have so far identified and restored 12 structures, including palaces, homes and workshops 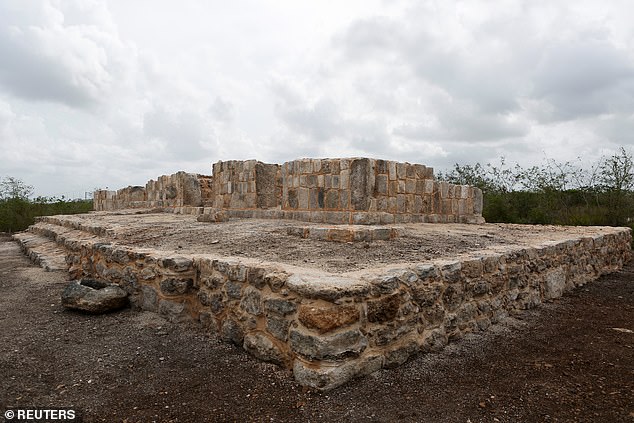 They also uncovered a large public square, consisting of a platform and a small pyramid, which would have been used for ceremonial purposes

Modern dentistry could learn a few lessons in bling from the Mayans – as they stuck colourful gemstones made of jade and turquoise on their teeth.

But the stones were not just for decoration. The adhesive used by the ancient people to affix the stones may have had therapeutic benefits, according to a recent study.

Research led by Gloria Hernández-Bolio from Cinvestav, Mexico, found that some of the sealants had antibacterial properties.

The biochemist and her colleagues at Universidad Autónoma de Yucatán, Harvard University and Brown University, analysed the sealants in eight teeth found in burial sites across the Maya empire, dated between 200 and 900 C.E.

They identified 150 organic molecules that are commonly found in plant resins in the samples, used for their water-repelling and glue-like properties.

The city dates from the Late-Classic period, a time in Maya history when city-states engaged in a complex network of alliances and enmities.

During the 9th century, many Maya polities collapsed, leading to the abandonment of cities, the ending of dynasties, and a northward shift in activity.

Archaeologists have been aware of the existence of Xiol since the 1980s, but the investigation work only started in 2018, and the first buildings were restored just six months ago.

Now the Instituto Nacional de Antropología e Historia (INAH) has presented the findings of their excavation work to the world.

The team have so far identified and restored 12 structures, including palaces, homes, workshops, graves and a large public square, consisting of a platform and a small pyramid, which would have been used for ceremonial purposes.

They also found a 16ft-deep cenote (a natural well formed by the collapse of an overlying limestone crust), which was likely used for ritual offerings to the Maya gods.

At least five of the structures were built in the Puuc architectural style, which is best known for its use in famous historical sites such as Chichén Itzá and Uxmal, indicating that Xiol was built around the same time.

‘The discovery of this Mayan city is important for its monumental architecture and because it has been restored despite being located on private land,’ delegate for the INAH center in Yucatan, Arturo Chab Cardenas, told news agency EFE.

‘We’ve found about 15 graves, many of them are of adults, both men and women, although we’ve also found those of children,’ Peraza said.

Remains of marine life were also discovered in the area, suggesting the city’s inhabitants complemented their agricultural-based diets by fishing along the nearby coast.

Xiol is located in the suburban municipality of Kanasín, a few metres from the Mérida-Chetumal highway, and was discovered during construction work of the Sky Park industrial site.

The industrial park will still be built, though the archaeological remains will be preserved, according to the owners of the land.

‘With time, urban sprawl (in the area) has grown and many of the archaeological remains have been destroyed,’ Peraza said.

‘But even we as archaeologists are surprised, because we did not expect to find a site so well preserved.’

Archaeologists believe they could uncover yet more structures at the site as well as a ball court – which are commonly part of pre-Hispanic cities in Mexico.

According to the head of INAH in Yucatán, Xiol could open to the public for free guided tours by the end of the year.

THE MAYA: A POPULATION NOTED FOR ITS WRITTEN LANGUAGE, AGRICULTURAL AND CALENDARS

The Maya civilisation thrived in Central America for nearly 3,000 years, reaching its height between AD 250 to 900.

Noted for the only fully developed written language of the pre-Columbian Americas, the Mayas also had highly advanced art and architecture as well as mathematical and astronomical systems.

During that time, the ancient people built incredible cities using advanced machinery and gained an understanding of astronomy, as well as developing advanced agricultural methods and accurate calendars.

The Maya believed the cosmos shaped their everyday lives and they used astrological cycles to tell when to plant crops and set their calendars.

This has led to theories that the Maya may have chosen to locate their cities in line with the stars.

It is already known that the pyramid at Chichen Itza was built according to the sun’s location during the spring and autumn equinoxes.

When the sun sets on these two days, the pyramid casts a shadow on itself that aligns with a carving of the head of the Mayan serpent god.

The shadow makes the serpent’s body so that as the sun sets, the terrifying god appears to slide towards the earth.

Maya influence can be detected from Honduras, Guatemala, and western El Salvador to as far away as central Mexico, more than 1,000km from the Maya area.

They maintain a distinctive set of traditions and beliefs that are the result of the merger of pre-Columbian and post-Conquest ideas and cultures.