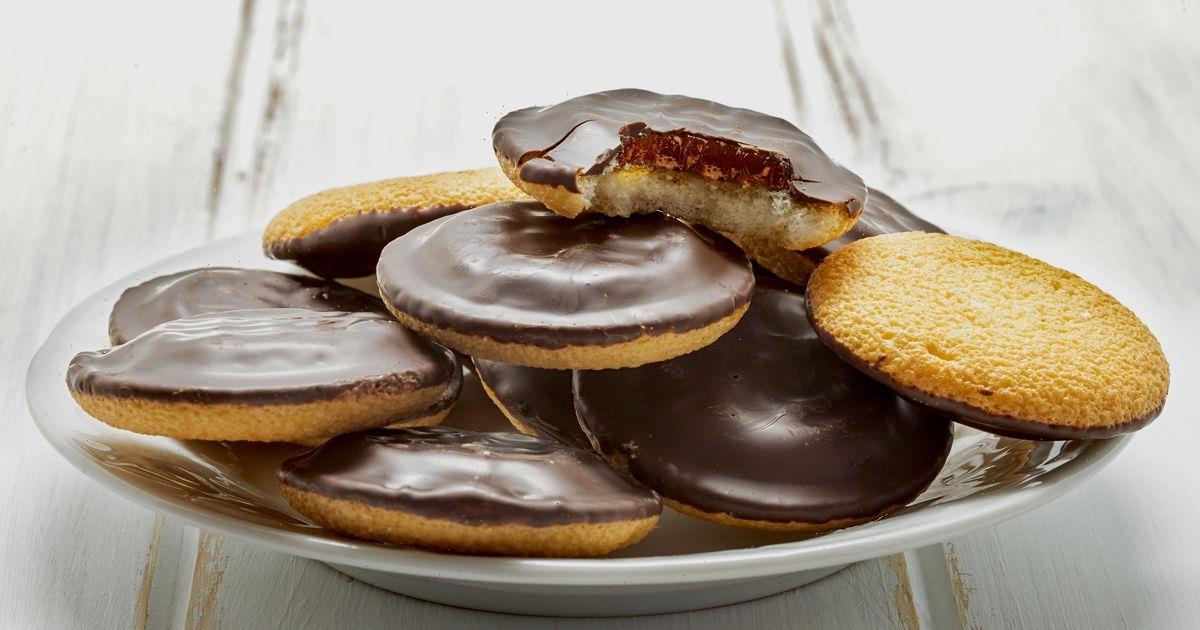 It's National Biscuit Day today, May 29, which is a great excuse to break open a packet of your favourite sweet treats.

No matter where you sit on the Jaffa Cake debate (is it a cake or a biscuit?), there's no doubting it's one of the nation's favourite tea-time treats.

The delicious snack consists of a small sponge with a chocolate cap covering orange jelly – but did you now there are hundreds of ways to eat them?

According to research commissioned by Jaffa Cakes, there are 520 unique ways in which people eat the scrumptious treat.

The debate about how is the 'correct' way to eat the a Jaffa Cake can go on forever, but luckily McVitie's has set the record straight.

And it turns out we've all been eating them wrong, according to the creators of the treat.

McVitie's has confirmed the chocolate side is actually the bottom of the Jaffa Cakes.

A social media user called Mark took to Twitter to settle the debate. He asked: "@McVities please settle a dispute for us… Is the chocolate on a Jaffa cake officially on the tom or bottom? #WeNeedToKnow"

The official McVitie's account replied: "Hi Mark, our Jaffa Cakes go through a reservoir of chocolate in production, so the chocolate is technically on the bottom! Thanks, McVitie's".

It turns out that the way you eat a Jaffa Cake says a lot about your personality.

Behavioural psychologist and dating expert Jo Hemmings delved into how people eat the snack and what this shows you about their personality.

According the study commissioned by Jaffa Cakes, the most popular way of eating it is in two halves (52%), or as some might say, Half Moon. It was followed by one bite (26%), also known as Total Eclipse.

Brits are obviously quite passionate about what they deem as the "correct" way to eat Jaffa Cakes, with two-thirds (69%) claiming they are right.

Jo Hemmings explained: "Jaffa Cakes are a unique eating experience and everyone has their own way of enjoying them.

"You might prefer to nibble all the chocolate off before eating the sponge or go straight in for the centre. Just like Jaffa Cakes themselves, we’re all uniquely different in exactly how we choose to eat them."

According to Jo, those who eat it in two bites are "confident and self-assured".

She continued: "They’re rational and traditional, and will see life in an optimistic and straightforward light.

"They may be quite conformist but probably also quite chilled and happy to go with the flow."

Meanwhile, if you enjoy it in one bite, your personality tends to be spontaneous.

Jo continued: "They like instant gratification and are very likely to be impulsive. They are confident and charismatic."

If you're an "edge nibbler", you're "likely to be amiable and unassuming".

She continued: "Disciplined and patient, they may also be a little shy, reserved or introverted, but enjoy the precision of the nibble and like to prolong their enjoyment."

A Jaffa Cake deconstructor, meaning they divide each separate layer, tends to be "both creative and organised," says Jo.

She added: "They may not always be the most confident people, but their self-esteem is high. They know what they want out of life. They may avoid spontaneity, preferring to know what their plans are in advance."

It turns out only 3% eat it upside down, meaning they go for the sponge layer first. Jo describes the personality traits of someone eating it like this as "happy with going with the flow and waiting their turn for the good things in life".

How do you eat a Jaffa cake? Do you eat it upside down? Let us know in the comments below.