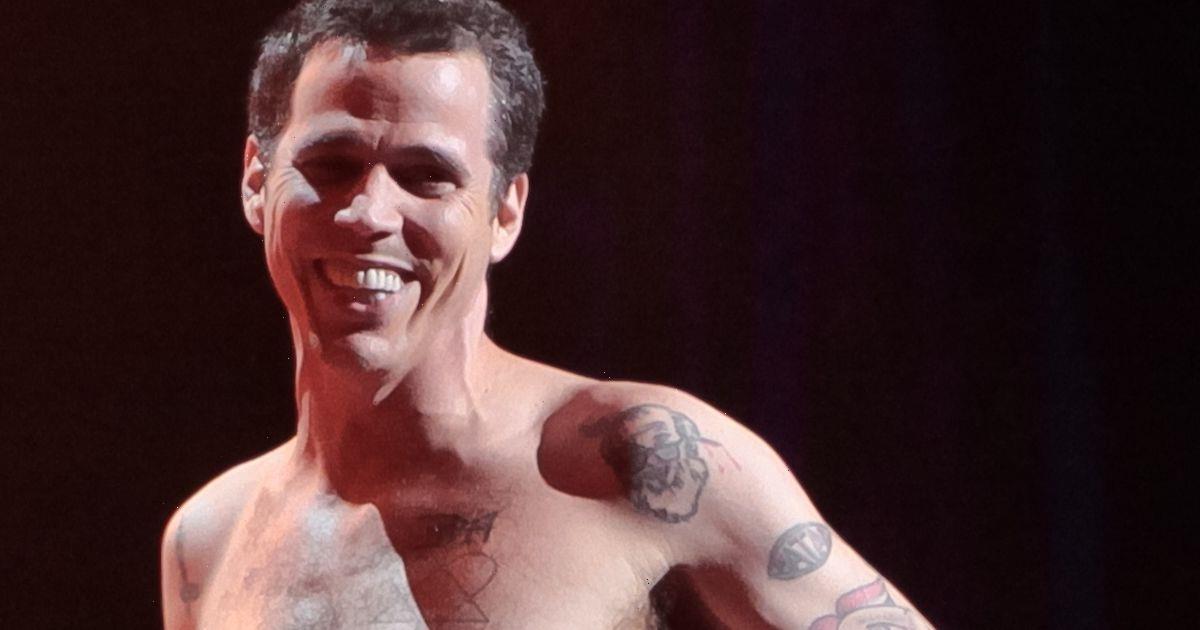 Jackass 4.5 has just launched on Netflix, a fresh return of the much-loved series following the release of Jackass 4 earlier this year.

The two films are a welcome return to the franchise, 12 years after the release of Jackass 3.

The cast is much older and the cameras more expensive, but one thing that remains the same is the crazy stunts they all get up to.

In the years in between, Steve-O has shed some light on his life and journey since the wild early days of the movies.

One thing he’s been getting up to is sharing the meanings behind his many, many tattoos. But one of them is a lot more shocking than the other inkings on his body.

Speaking about the tat on his YouTube channel, Steve-O described it as “so over the line”.

What is the meaning behind Steve-O’s ostrich tattoo?

“It was 2006 and I was getting drunk with my buddies and we’re talking about how we never wanted to have kids – or at least I felt really strongly about it.

“So I said OK, I’ll get a tattoo of a baby in a circle with a slash like a ‘No Babies’ sign.

“And we thought that was kinda funny but we kept drinking and then I was like ‘oh no no no no, I’ll get 'F*** Babies'.

“But then I thought ‘I don’t want to make people read more words, I’ve already got so many words'.

“And then I ended up going with an image of a guy f***ing a baby.

“When I got that tattoo I knew that I was crossing the line and that was the whole reason that I got it. This was my crazy stunt that I was doing.

“But, as soon as I stepped foot outside of that tattoo parlour this couple was walking down and they were excited to see me and I’m going to show them – ‘check out my new tattoo’.

“And they saw it and the look of f***ing horror on their face told me that I had actually made a serious mistake.

"We were filming Jackass number two at that time and I kept a bandanna tied around my arm to cover it up.

“As soon as I got back from India I went to a tattoo parlour and I drilled over it myself turning it into a black blob.

“Then I showed my buddy Bam Margera the coverup and he said ‘you should turn that blob into an ostrich'.

“I got Bam to draw the ostrich and Kat Von D tattooed it and I thought this was like ‘problem solved’.

“And I didn’t really think about it so I made a bit about it in my standup, which is on my first comedy special, Steve-O Guilty As Charged."

But this wasn't the end of the saga for the disturbing tattoo, because it then got damaged while he was doing one of his trademark stunts.

“Totally by accident when I was doing a stunt with rocket engine fuel where I laid down in and my buddies lit it and I needed skin grafts on 15% of my body.”

The burns left Steve-O wanting a new replacement for the lost half of the tat which he, in the end, decided was better off being turned into a motorbike.

Now, today we see before us the rather strange sight of a man riding a bike together with an ostrich.