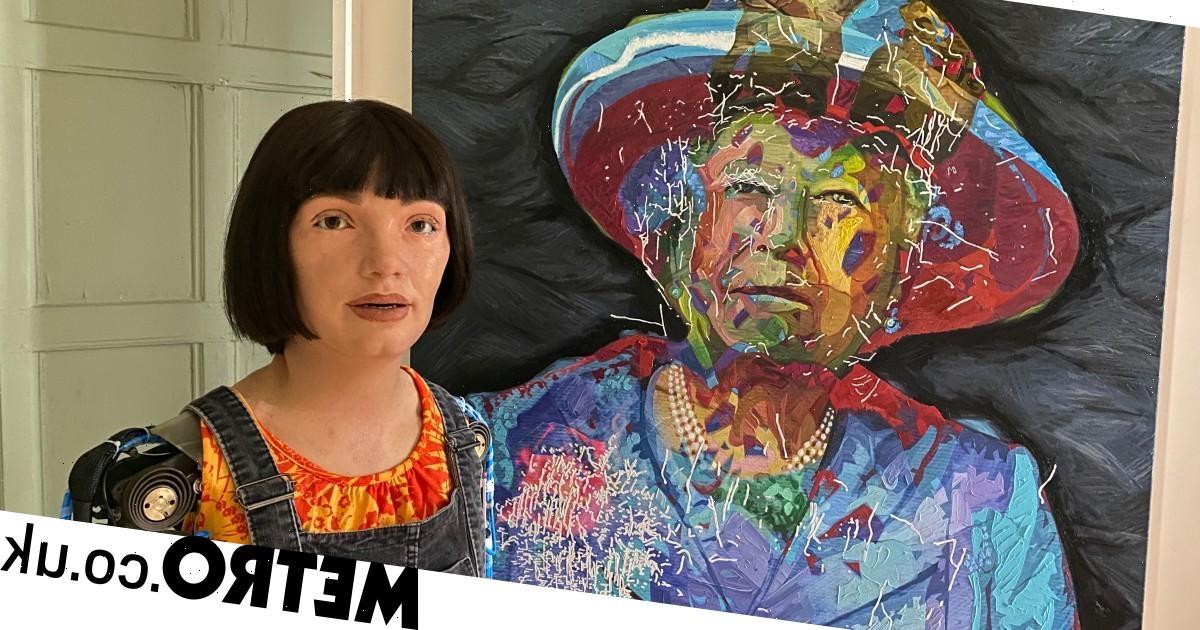 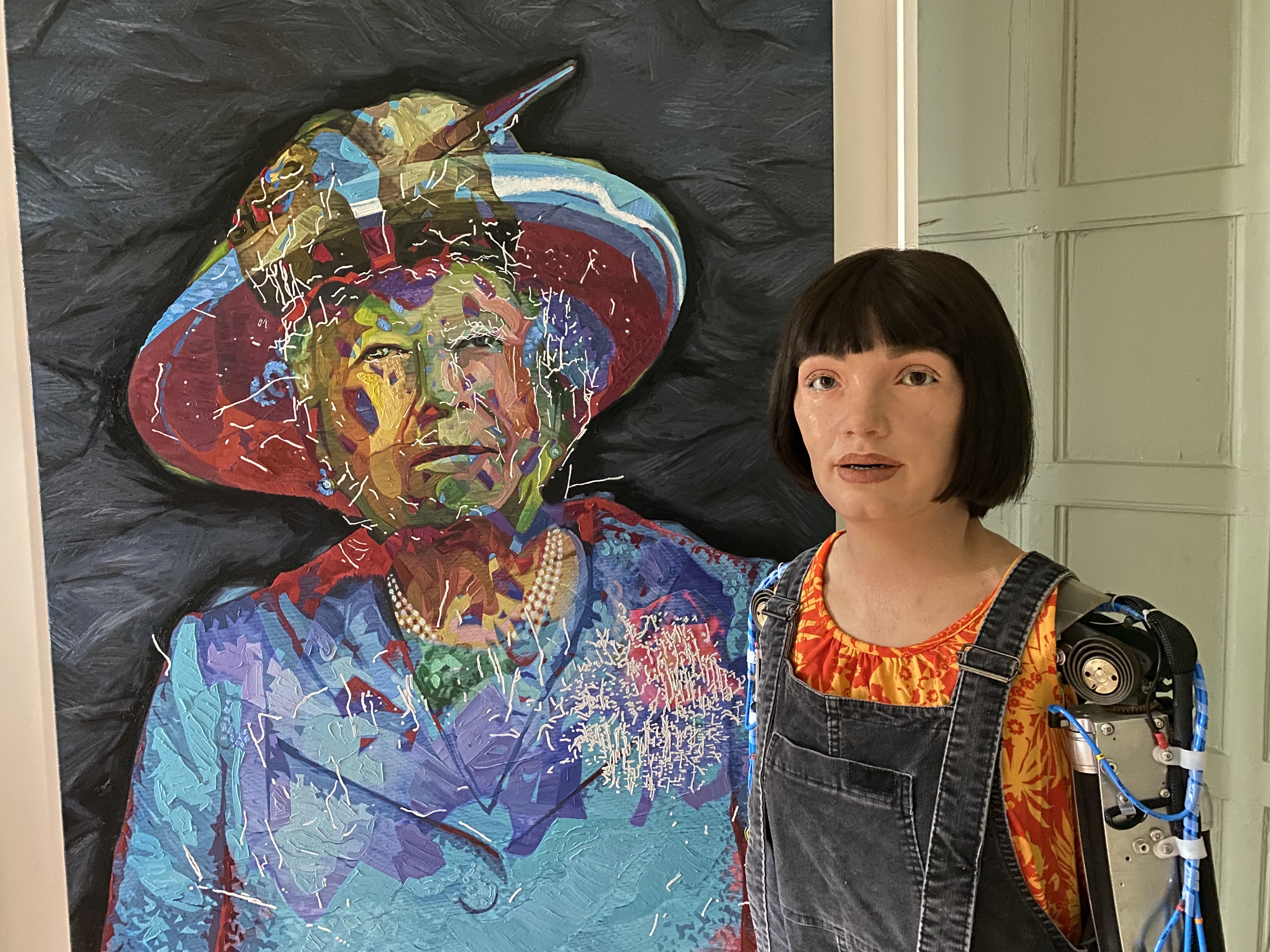 A portrait of the Queen painted by a humanoid robot artist has been unveiled just in time for the Platinum Jubilee.

The artwork, titled Algorithm Queen, was painted by Ai-Da — an artificial intelligence robot built in 2019 that creates drawings, painting, and sculptures.

To start with, Ai-Da uses cameras in her eyes and computer memory, before using a variety of unique algorithms to paint and draw images.

Algorithm Queen was layered and scaled to produce the final multi-dimensional portrait of the monarch.

The machine’s artistic process was designed to reflect the different aspects of technological change that have taken place during the Queen’s 70-year reign.

‘I’d like to thank Her Majesty the Queen for her dedication, and for the service she gives to so many people,’ said the humanoid robot.

‘She is an outstanding, courageous woman who is utterly committed to public service,’

‘I think she’s an amazing human being, and I wish The Queen a very happy Platinum Jubilee,’

Ai-Da was devised in Oxford by Aidan Meller, a specialist in modern and contemporary art, before being built in Cornwall by Engineered Arts and programmed internationally.

The robot’s capabilities were developed by PhD students and professors at the Universities of Oxford and Birmingham.

‘We are excited Ai-Da Robot has made history just in time for the Queen’s Jubilee,’ said Meller.

‘We are in unprecedented technological times, and so we are pleased we can take a moment to think about all that has changed during the Queen’s life,’

Algorithm Queen will be exhibited publicly in London later this year and revealed on the Ai-Da Robot artist website at 10 am on May 27.