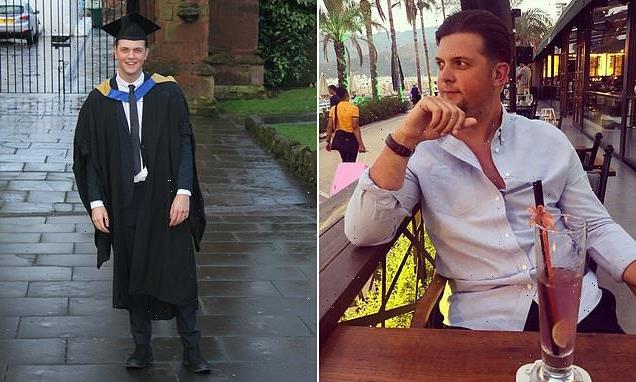 Graduate, 26, who died two weeks after he received the AstraZeneca Covid jab, had been given out-of-date information about the blood clot risk by a GP, inquest hears

A 26-year-old graduate who died from ‘catastrophic’ blood clots on his brain two weeks after receiving the AstraZeneca Covid vaccine was given out-of-date information about blood clot risks, an inquest has heard.

Jack Hurn, from Redditch, died in June last year, less than two weeks after receiving the jab at a Dudley vaccine centre.

A week-long inquest at Birmingham Coroner’s Court heard that a GP informed Mr Hurn the risk of blood clots on the brain for his age group was one in 250,000, when the latest NHS guidance estimated it to be one in 50,000. 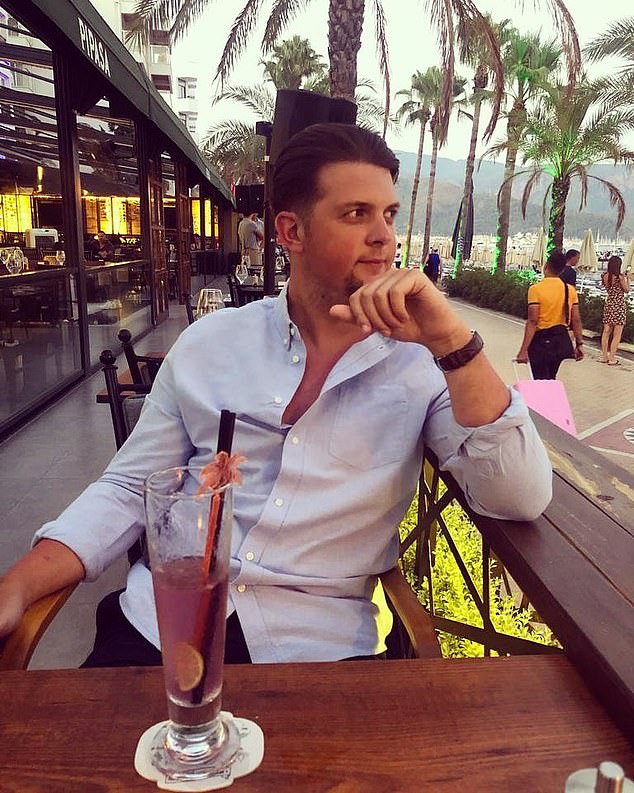 Jack Hurn, 26, died less than two weeks after receiving the AstraZeneca vaccine in June last year. An inquest heard the design graduate was told there was no Pfizer jab in stock and was given out-of-date information in relation to blood clot risks associated with the vaccine 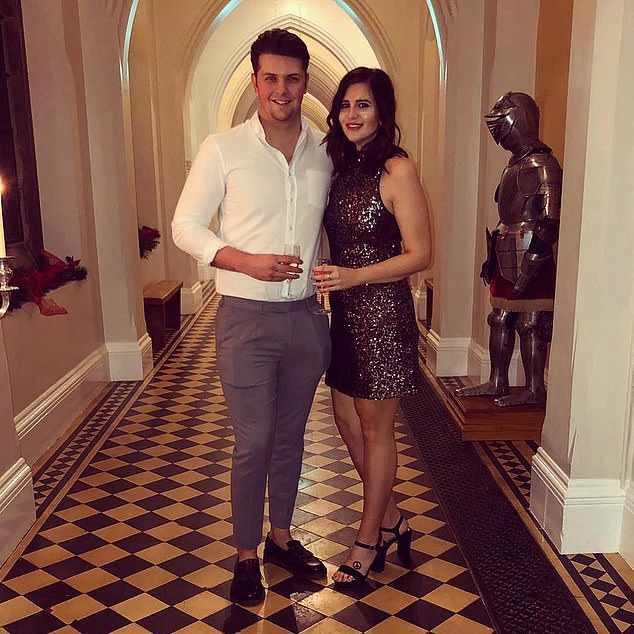 An inquest at Birmingham Coroner’s Court heard that a GP informed Mr Hurn the risk of blood clots on the brain for his age group was one in 250,000, when the latest NHS guidance estimated it to be one in 50,000

The inquest heard the automotive design graduate chose to go ahead with the first dose of the AstraZeneca vaccine on May 29 2021, after being told there was no Pfizer jab in stock.

Doctors allegedly described him as having ‘catastrophic’ blood clots on the brain. 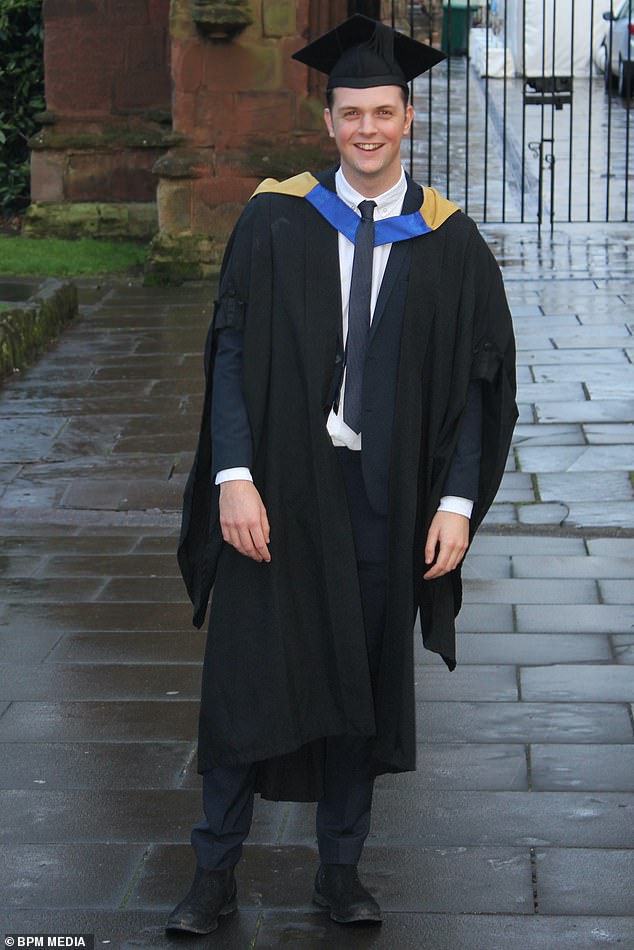 The automotive design graduate, originally from Devon, began suffering with headaches within days of having the jab and died on 11 June last year at Birmingham’s Queen Elizabeth Hospital despite emergency surgery 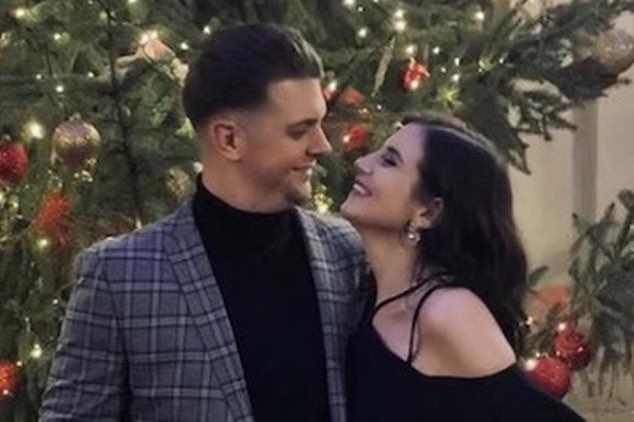 Mr Hurn had recently moved in with his girlfriend Alex Jones (pictured), who had the same jab at the same time. Ms Jones found out that he was planning to propose in the summer 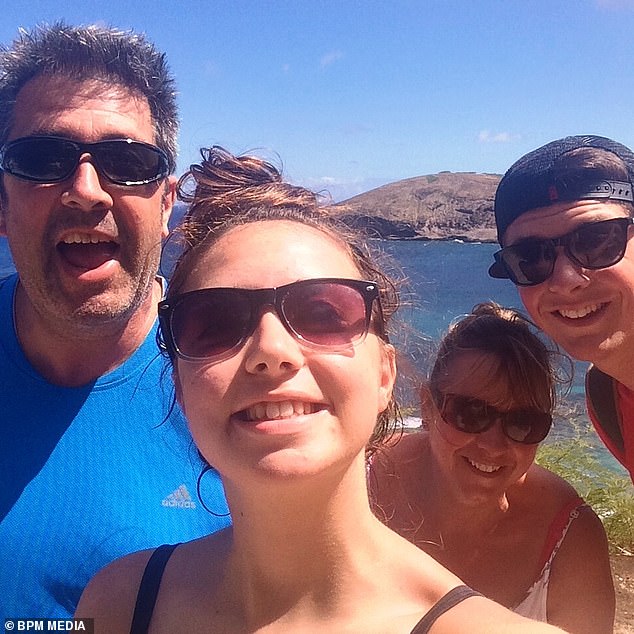 AstraZeneca’s jab is thought to cause blood clots in one in 100,000 people.

Johnson & Johnson’s single-dose jab — which works in a very similar way — has also been linked to the same complication.

However, regulators have not spotted any consistent trend between Pfizer’s mRNA vaccine and blood clots.

Its jab — linked to a very rare kind of heart inflammation — is based on pioneering technology.

Several countries in Europe stopped using the Oxford-designed AstraZeneca jab in March 2021 after a series of blood clots, with younger people facing a slightly higher risk.

Regulators analysed the data and found benefits vastly outweighed the risk for most.

In the absence of doubt, UK health chiefs opted against routinely offering the jab to under-30s on April 7, 2021, who face a vanishingly rare risk of dying from Covid.

In a Spanish research study, Pfizer’s vaccine was found to be just as likely to trigger blood clots as AstraZeneca’s.

Since findings first emerged, there has been concern about the vaccine and its side effects, which experts fear has fuelled hesitancy among some groups in the UK and overseas.

The graduate’s family, who live in Devon, stated there was ‘confusion’ about whether Jack had suffered a stroke while at a hospital in Redditch when he first became unwell and ‘could get no clear answers’ about his condition.

It wasn’t until Mr Hurn was transferred to Queen Elizabeth Hospital a consultant informed the family there was numerous bleeds on his brain which were ‘catastrophic’.

NHS guidance at the time was for patients under 40 to be offered an alternative to the AstraZeneca vaccine, although they could decide on ‘an informed choice’ to receive it.

Mr Hurn had recently bought his first home with his partner Alex Jones, who also received the same jab at the same time.

Ms Jones found out after his death that he was planning to propose to her that summer.

Recording a narrative verdict on Friday, area coroner for Birmingham Emma Brown said: ‘It is agreed that Jack was told the risk was one in 250,000.

‘There can be no doubt that he took that on board.

‘At that time the Joint Committee in Vaccines and Immunisation had advised that it was preferable that adults under 40 without underlying conditions be offered an alternative to the AstraZeneca Covid-19 vaccine.

‘But people could make an informed choice to receive the AstraZeneca vaccine for earlier protection.

Ms Brown added: ‘Jack was not given all of the information to make an informed choice.

‘In particular the risk of complications for his age group was understated.’

The heartbroken family of Mr Hurn are set to take legal action over his death.

They have instructed clinical negligence specialists at Midlands law firm Manby Bowdler after raising concerns about the advice given at the vaccine clinic and the standard of care received in hospital.