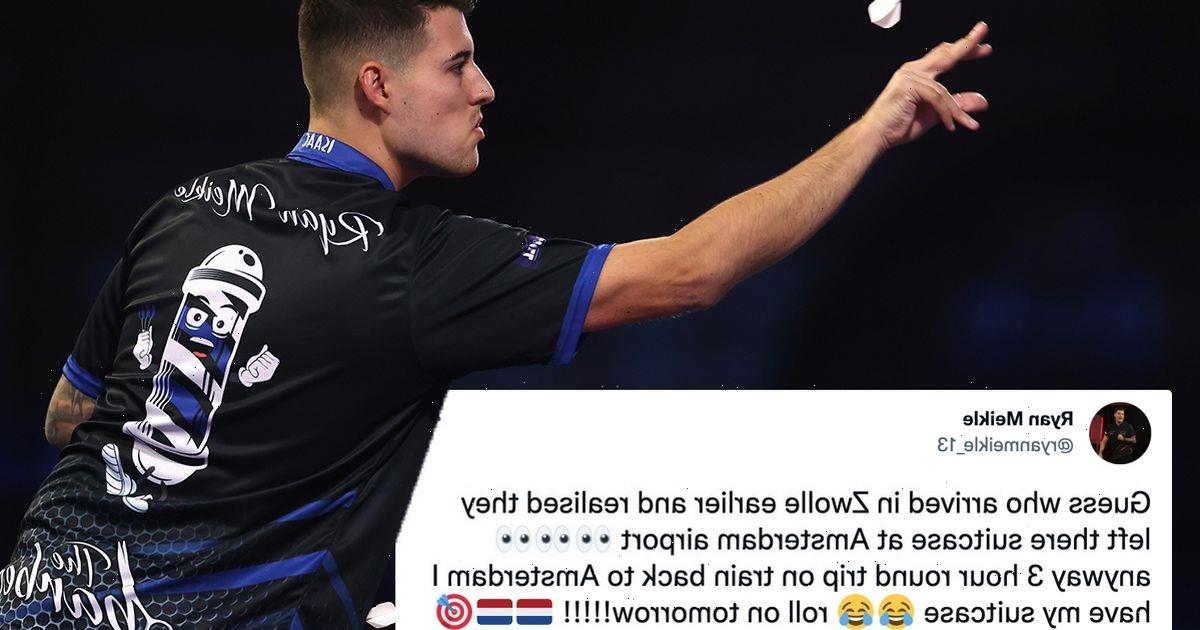 We’ve all been there. Just as you’re about to arrive at your travel destination, there’s a nagging feeling that you’ve forgotten something important.

Often, you haven’t left anything behind at all, or at least not forgotten anything vital to your trip. However, most of us usually manage to arrive with our suitcase… unless you happen to be Ryan Meikle.

The 25-year-old from Ipswich is in the Netherlands for the Dutch Darts Championship and travelled to the venue in Zwolle via Amsterdam. But shortly after arriving, he realised he was without something rather important and took to Twitter to admit his error. It is unclear whether the forgotten suitcase contained his darts.

“Guess who arrived in Zwolle earlier and realised they left there [sic] suitcase at Amsterdam airport, anyway 3 hour round trip on train, back to Amsterdam. I have my suitcase, roll on tomorrow!!!!!,” he posted on Thursday.

PDC commentator and former Tour Card holder Paul Nicholson replied: “Glad you’ve got it back Ryan. I saw the dog patrol and armed police checking it out. If I’d have known it was yours, I would’ve said something, but they wouldn’t have let me have it anyway. Alls well that ends well.”

What essential item have you left at an airport? Tell us in the comments section below.

Supporter Stu Huggins added: “Glad you got it back mate, lucky they didn’t blow it up. All the best for the weekend mate, play as you can bud.”

However, the episode didn’t knock Meikle off his game as he cruised into round two with a 6-1 victory over Andy Boulton with a respectable average of 96. He faces a tough match next against the in-form Rob Cross, the runner-up in the last two European Tour events.

Joe Cullen, fresh from booking his place in the Premier League play-offs, begins his campaign on Saturday night against Simon Whitlock or Jamie Hughes. Peter Wright, Michael van Gerwen, Michael Smith and Gerwyn Price have also made the trip to Zwolle. Luke Humphries, the winner of the last two European Tour tournaments, is not in action as he is best man at a friend’s wedding.