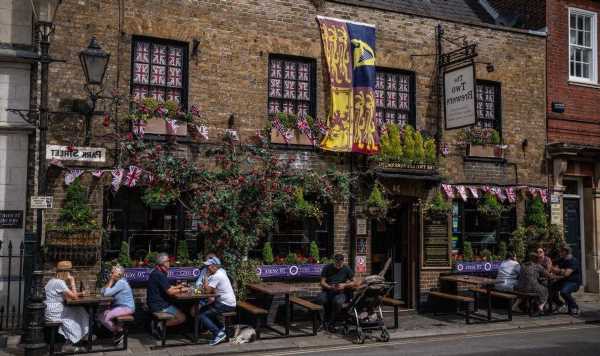 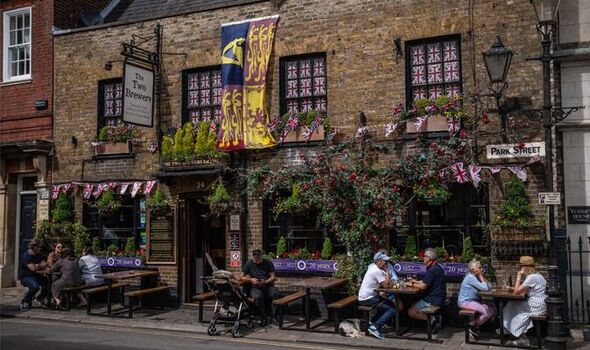 A garden for the summer also ranked among the top priorities (30 percent), along with clean bathrooms (29 percent) and lots of seating (25 percent).

More than a quarter (27 percent) of 18- to 24-year-olds valued cleanliness as the most important factor, while 51 percent of those aged 65 and above said good food was crucial in their choice.

At least three in five visit their local pub, with half saying pubs have the ability to bring people together.

And 35 percent said the quality of the pub didn’t matter in the grand scheme of things – as long as they were with the right people.

The survey comes as P&G Professional launch their Community on Tap awards, which is celebrating the best British pubs which have found success by placing their business at the heart of their local communities.

Stuart Broad, celebrity pub owner and judge of the hygiene company’s #CommunityOnTap Awards, said: “As a pub owner, I know how important the pub is to British culture.

“So I wasn’t surprised to see three-quarters of Brits agreeing pubs play a vital role in their communities.

“But owning and managing a pub doesn’t come without its challenges – and in order to thrive during these difficult times, it’s crucial to impress your customers first time round, to make sure it’s the kind of place they’ll want to return to time and again.”

The nation’s top drinks choices when at a pub were also revealed in the study, carried out by OnePoll.

However, there’s a big gender divide when it comes to favourite drinks – with more than half of men (53 percent) saying their go-to drink was a well-known bottled or on tap beer.

The favourite drink for females was a soft drink (33 percent), followed by spirits (31 percent).

The top topics of conversation were also revealed, with old memories (44 percent), funny stories (43 percent), and the news (40 percent) coming out top.

Summer is by far the most popular time of the year to visit, with more than half (56 percent) saying they visit the pub most often in those months.

Spring, the next popular season, languished behind on just eight percent.

And the biggest turn-off for pubgoers were bathrooms which hadn’t been cleaned properly (53 percent), dirty tables (49 percent), and sticky floors or carpet (44 percent).

Nearly a third of people (31 percent) said they had walked out of a pub due to poor cleanliness – and more than one in ten (16 percent) refused to leave a tip.

Berat Onur, P&G professional sales lead for UK&I, added: “We know the hospitality sector has had a tough time over the past few years, but so many pubs have been resilient in finding new ways to bring customers back through the door.

“High hygiene standards are clearly important for pub-goers, and that’s where we can help, with getting it right the first time to impress even the toughest of critics.”

To nominate your pub for the #CommunityOnTap Awards, for the chance to win P&G Professional Pub of the Year, visit here to log in and complete the entry form provided.

TOP 10 PRIORITIES WHEN CHOOSING A PUB: