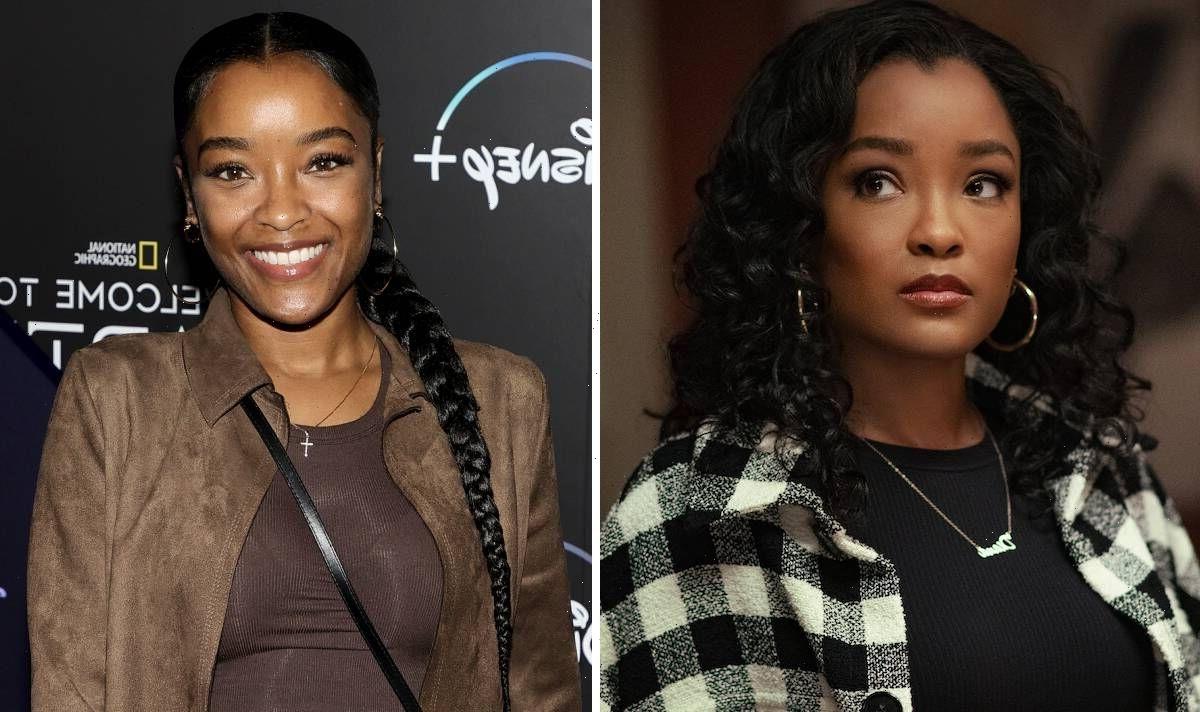 Latoya Tonodeo stars as the young sister of the Tejada crime family who has relatively been able to stay out of trouble up until the end of Power Book II: Ghost season two. She has been able to keep quiet, despite knowing a lot about what her family had been getting up to behind each other’s backs in the Starz drama. This is until season two’s episode Drug Related when she could no longer hold her tongue, much to fans’ shock.

Sat around the dinner table, Diana (played by Latoya Tonodeo) decided to come clean to her family about all of their darkest secrets.

She first revealed Cane (Woody McClain) had ruined the family’s cocaine supply so they’d be forced to use him as their drug supplier.

Diana then targeted her brother Duru (Lovell Adams-Gray) who still hadn’t got rid of his troublesome boyfriend.

Then the biggest drama came when Diana stated her mum Monet (Mary J Blige) had been having an affair behind Lorenzo’s (Berto Colon) back.

This in turn led to the bombshell Zeke (Daniel Bellomy) was actually her son rather than Monet’s nephew which had the family and viewers stunned.

Who is Power Book 2 star Latoya Tonodeo married to?

Diana Tejada actress Latoya Tonodeo is not currently married but she is engaged.

Her fiance is none other than Belizean actor Arlen Escarpeta who she has reportedly been with since 2014.

Back in 2018, the couple appeared on the Spanish late-night talk show Noches con Platanito to discuss their careers as well as their romance.

Actress Tonodeo revealed they met for the first time at the gym.

Tonodeo explained: “I had my hair together, I had my gym outfit, you know it fit really nice.

“But my shoes were pretty bad and I didn’t know that he was big on shoes.”

Posting the short clip on his Instagram page, Escarpeta captioned it: “Our first date was at the gym. She’s stepped up her #sneaker game up since then…lol”

Despite the small issue of her footwear, Tonodeo and Escarpeta hit it off and have been together ever since.

Little else is known about the couple as they tend to keep their personal lives private.

She and Escarpeta got engaged at the end of last year with Tonodeo sharing a picture of her engagement ring on her Instagram story.

Since then, the actress has remained quiet, choosing to keep any details of their wedding plans just between them and their inner circle.

While the couple first crossed paths at the gym, they have since worked together.

Back in 2018, Tonodeo and Escarpeta starred in the film The Oath as Tara and Damon Byrd. Escarpeta has been in other popular series such as The Magicians, SWAT, I Am The Night and David Makes Man.

His IMDb page states he is also working on an upcoming movie called Ocean Ride for Lauren.

Power Book II: Ghost is available to watch on Starz in America and on Starzplay via Amazon Prime Video in the UK.