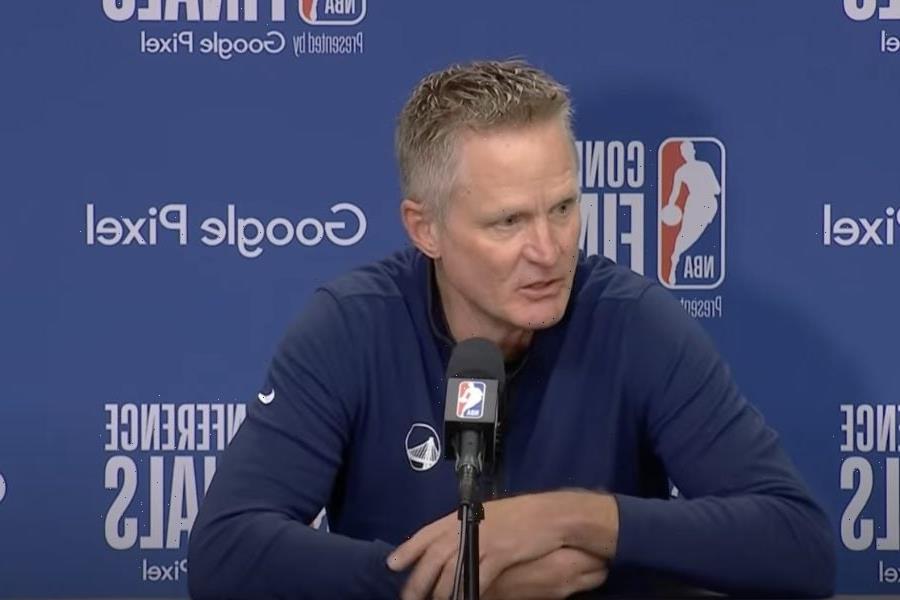 Golden State Warriors head coach Steve Kerr criticized Senate Minority Leader Mitch McConnell and other members of Congress for refusing “to do anything about” gun violence following a mass shooting at a Texas elementary school.

“I ask you, Mitch McConnell, I ask all of you senators who refuse to do anything about the violence and school shootings and supermarket shootings. I ask you: Are you going to put your own desire for power ahead of the lives of our children and our elderly and our churchgoers,” questioned Kerr.

Upon learning about the violent tragedy that took place on Tuesday, Kerr delivered a three-minute speech during a press conference ahead of Game 4 where the Warriors faced off against the Dallas Mavericks.

“Fourteen children were killed 400 miles from here. And a teacher. In the last 10 days, we’ve had elderly Black people killed in a supermarket in Buffalo, we’ve had Asian churchgoers killed in Southern California. Now we have children murdered at school,” said Kerr. “When are we going to do something? I’m tired. I’m so tired of getting up here and offering condolences to the devastated families that are out there. I’m so tired. Excuse me. I’m sorry. I’m tired of the moments of silence. Enough!”

According to Reuters, 18-year-old Salvador Ramos fatally shot his grandmother and then fled the scene before crashing his vehicle Tuesday morning. Police watched Ramos exit his car wearing body armor and carrying a rifle.

The teen then barged into the school and opened fire shooting anyone in his path, The New York Post reported.

Ramos killed at least 21 people, 19 students and two adults, including his grandmother.

The massacre came to an end when he was fatally shot by police while inside of the school. At this time, it is not clear what motivated the attack.

In recent years Kerr has been vocal about gun violence and the need for stricter gun laws. His father, who served as the president of the American University of Beirut was shot and killed by terrorists in 1984, ESPN reported.

Since the start of 2022 there have been at least 212 mass shootings in the U.S., CNN reported.