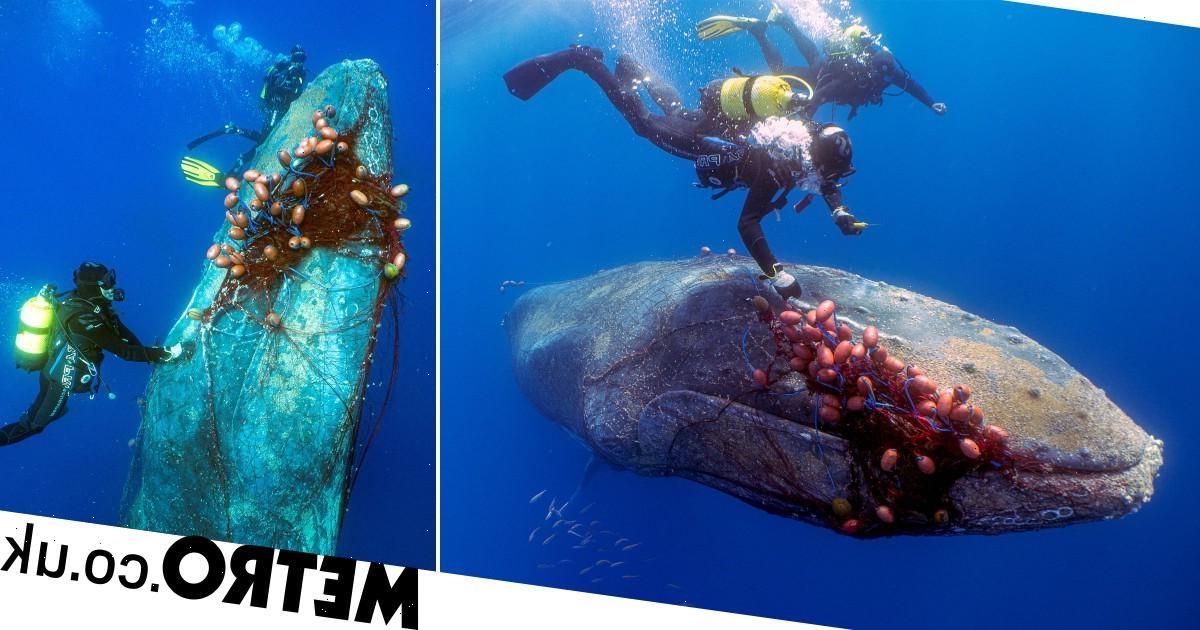 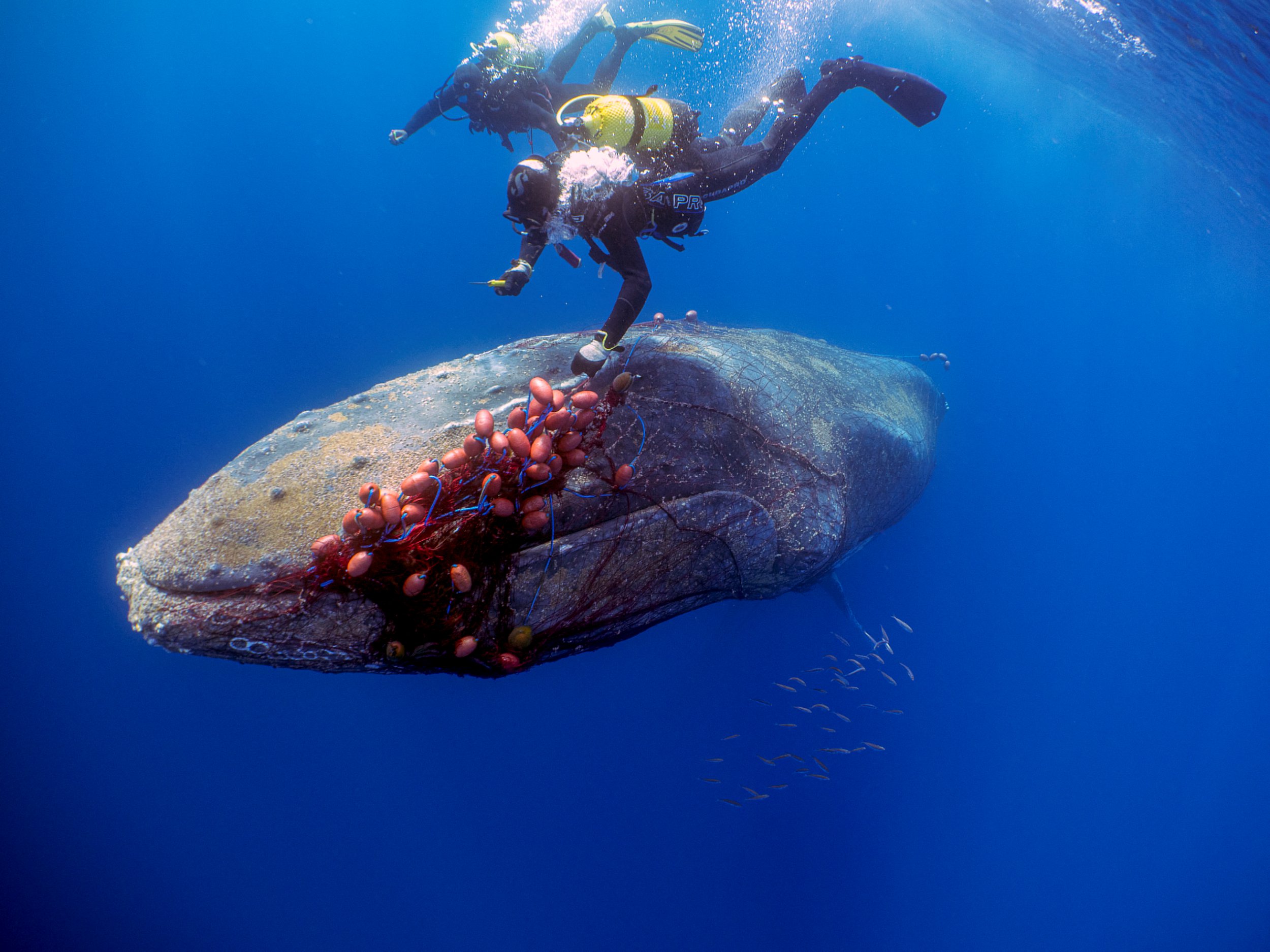 Spanish divers managed to save the life of a 12-metre long whale trapped in an illegal fishing net after a daring operation to cut it free.

The huge humpback became entangled in a banned drift net off the island of Mallorca on Friday.

It’s just the third time the species has been spotted in the Balearic region but excitement quickly turned to worry when marine scientists realised it was in trouble.

Rescue specialists were alerted when the stricken creature was spotted by a ship about three miles off the coast.

Divers from Palma de Mallorca’s Aquarium were dispatched to try and untangle it from the net, a variety outlawed because of the risks it can pose to wildlife.

The contraption had become fastened around its mouth, leaving the whale unable to eat, weakened and drifting dangerously towards the beach.

One of the divers involved in the operation, marine biologist Gigi Torras, said she thought the whale had given them ‘a little thank you sign’ after cutting it free.

The 32-year-old said: ‘It was like out of this world, it was incredible, just incredible.’

After initial attempts to cut the net from a boat failed, divers from Albatros and Skualo diving centres joined the effort and plunged into the sea to remove the mesh with their knives.

Ms Torras said: ‘The first ten seconds she got a bit nervous, you know, like bubbles everywhere, but then I don’t know, call me crazy but I think she knew we were there to help her and she just relaxed and we started working from the front of her mouth backwards.

‘We kept cutting and cutting and she kind of gave a little wiggle to get herself out of it.’

It took 45 minutes of work to totally free the giant animal from the ropes.

She said the whale hung around to regain her strength in the company of the four divers before swimming off.

Nicknamed ‘walls of death’ for the quantity of other sea life they catch in addition to the fish they are set for, drift nets were banned by the United Nations 30 years ago.