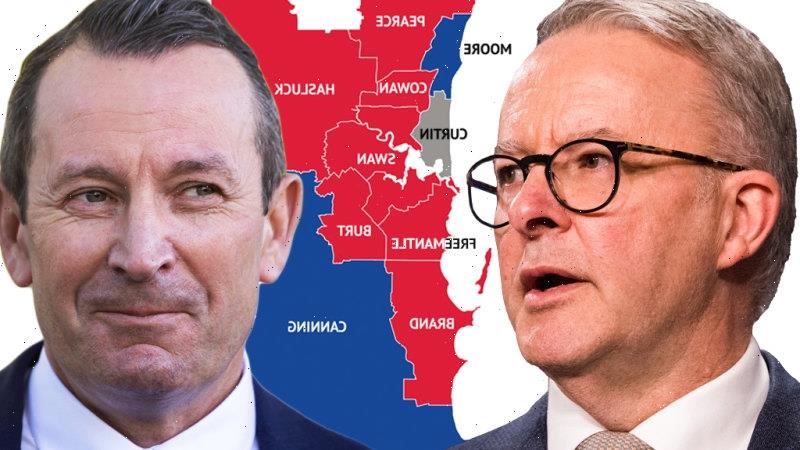 Having travelled a different political path from the rest of the country behind its hard border under popular state Labor leader Mark McGowan, there was always a question mark over how differently the WA public would vote come election day.

The answer was: very differently. 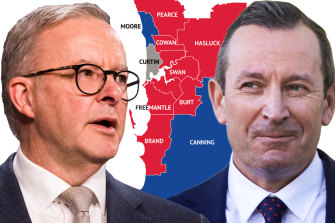 Labor’s victory in WA on the weekend was three years in the making.

Nationally, Labor took a 0.5 per cent hit in its primary vote, but in WA it surged by 7.4 per cent, scalping two coalition ministers, flipping four seats red and clearing the path for Anthony Albanese to form a majority government.

It was just the third time Labor has secured nine seats in WA since the party was founded and the first time since 1998 that two Labor MPs had recorded a primary vote above 50 per cent (Matt Keogh in Burt and Patrick Gorman in Perth).

The Liberals and political pundits were shocked by the huge swing and Labor’s Perth HQ realised the gamble to run a WA-based campaign separate from the national party – the first time that such a decision was made — had paid off.

The genesis of Saturday’s victory was in the WA state election where Labor squeezed the popularity the premier had cultivated during the pandemic for all it’s worth to romp home with an enormous 59.9 per cent of the primary vote.

That campaign involved more than 100 paid staff and was run more centrally than previous state elections, with every piece of election material needing HQ’s approval.

A Labor strategist, who spoke on the condition of anonymity to discuss the campaigns freely, said the party learnt a lot from the state campaign.

“We learned a few things narrative and messaging wise and the parochial nature of Western Australia,” they said.

Shortly after the stunning result, which left the state Liberal party with just two lower house seats, WA Labor secretary Tim Picton approached Albanese and ALP national secretary Paul Erickson to seek approval for his branch to run their own campaign in WA.

He got the green light and kept most of the resources from that state campaign to work on the federal campaign.

This included keeping serial Labor election creative guru Darren Moss and his advertising firm Moss Group on the books as well as an ongoing research program to track the public mood.

“We decided to keep the structures and campaign architecture of the 2021 state campaign in place and run straight through to the federal campaign, including with key staff and the deployment of resources and tactics honed during that election,” Picton said. “We ran it with the same intensity and focus as a state campaign.”

Day in, day out McGowan’s clashes with the federal government over COVID-19 measures handed Labor ammunition it was stockpiling to deploy against the Liberal party and when they shot it, they didn’t miss.

As was the former prime minister’s comments referring to West Australians as cave people on morning TV in another out-of-touch reference to the state’s border policy. 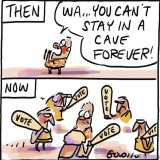 It was all turned into lethal political messaging that fed into a sentiment emerging in Labor’s focus groups: that West Australians felt increasingly ignored and belittled by Scott Morrison and the Liberals.

“As a result, it was important for us to point out what was at stake in this election, and what it might mean if Morrison didn’t pay a price for doing those things,” he said.

“The Liberal Party had imported a cookie-cutter campaign from NSW and imposed it in Western Australia.

Picton said after the state election, where many lifelong Liberal voters had voted Labor for the first time, the party had the opportunity to turn West Australians against Morrison.

“By October 2021 we had settled on our strategy – remind people to take their baseball bats out for Scott Morrison, they can’t trust him – and show them that a Labor government in Canberra can end the fighting and be a real partner to WA,” he said.

“Every element of our campaign was designed around that simple proposition. It was layered across every communication, targeted to the voters who mattered, and relentlessly repeated.”

The decision for the national Labor party to launch its campaign in Perth in April was ultimately Albanese’s but the WA branch pushed hard for it, arguing it would drive home the message they were trying to deliver that Labor would not take WA for granted.

After rebuilding its finances from the 2019 election through controversial fundraising tactics such as union levies and cash-for-access business roundtables WA Labor had a huge election war chest from 2021 onwards.

It had its campaign ready to launch by October 2021 in anticipation of a December election.

The extra months gave the party more time to fundraise and hone its message and when the campaign proper began, it went big.

The WA Labor Party Facebook page spent $105,000 in total throughout the campaign while its ‘Stand Up For WA’ page, set up solely for negative digital ads, spent $187,000.

Picton said they ran the biggest and most prolific digital advertising campaign in Australia.

“Deploying close to 600 pieces of creative on social media platforms designed to deliver the same message in different ways and ensure that people would stop scrolling and absorb what we were saying,” he said.

Labor had an extremely disappointing outing in WA at the 2019 federal election despite much optimism they could flip at least five seats.

When it was identifying its target seats in June 2021, the party tempered expectations and picked Liberal-held seats on a purely mathematical basis.

Christian Porter’s vacated seat of Pearce, retiring MP Steve Irons’ seat of Swan and Indigenous Affairs Minister Ken Wyatt’s long-held seat of Hasluck were all selected because they were held with margins under 6 per cent.

The selection of candidates was also meticulous.

After a factional struggle, Labor’s left got their way and Zaneta Mascarenhas was preselected for Swan.

The strategist said she was someone you would “invent in a lab” for that seat.

“Everything is right about her … working mum with two little kids; multicultural by ethnicity but born in Australia; an engineer who’s worked in mining who’s a specialist in climate change; that is literally every person in the seat of Swan wrapped up in one,” they said. 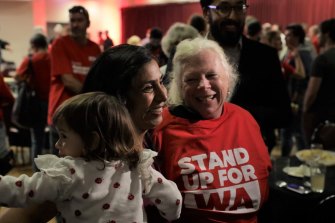 Labor’s new Pearce MP Tracey Roberts, who was the long-time mayor of the City of Wanneroo, was also a very deliberate pick by the party with the strategist revealing that she had the same household recognition as a federal MP.

“She had the incumbency factor,” they said.

Hasluck was always the least likely of the three to fall because of Wyatt’s long-time local presence but his opponent Tania Lawrence, a former state Labor candidate and small business owner in the area, was deemed a solid alternative.

In the end, all three seats fell to Labor within two hours of votes being counted. Pearce recorded the highest seat-specific swing to Labor in the state with 14.7 per cent on a two-party basis.

Hasluck recorded an 11.5 per cent swing while Swan recorded 13.1 per cent.

The biggest surprise of the night was when Labor’s Sam Lim, a former dolphin trainer and WA police officer of the year, took the blue ribbon seat of Tangney from the incumbent – and coalition government minister – Ben Morton, thanks to an 11.6 per cent two-party swing.

Liberal backbencher Ian Goodenough’s northern suburbs seat of Moore was also in contention on election night thanks to a 10.4 per cent swing. Other traditionally Liberal regional seats Durack and Forrest have also gone from safe to marginal.

The target seats were given priority resourcing from Labor HQ while Moore’s campaign was run on fumes and Lim’s relied on fundraising.

Picton said he did not regret focusing on the three seats decided back in June.

“Federal campaigns have in the past had a tendency to spread resources too thin. A year ago, we decided on our three target seats – Pearce, Swan and Hasluck – and to run them all at 100 per cent for the whole campaign,” he said.

“The insurgent campaign in Tangney had an initial dual [purpose] – put us in a position for a freak win, but otherwise distract the Prime Minister’s campaign adviser during the election … It worked in both.”

Notre Dame politics expert Professor Martin Drum said it was likely the decision Labor made to allow a state-run campaign in WA would have ramifications for parties in other states.

Drum said there were political forces at play in WA that were mirrored across Australia including climate change action and protection of women but WA overwhelmingly voted with their own state in mind.

“I’m not saying none of those things were present in WA, but this extra sense about not being the party that stands up for you, I just think that always has traction here in WA,” he said.