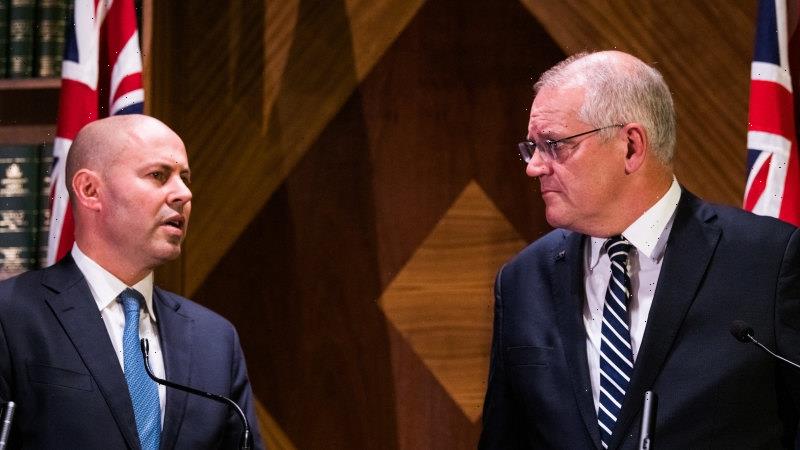 Liberal MPs who feared their government was on a path to electoral oblivion urged Josh Frydenberg to challenge Scott Morrison in September last year but were unable to convince the former treasurer to turn against his leader.

Liberal senator Andrew Bragg, one of a number of moderate MPs who approached Frydenberg with the idea of a leadership coup, confirmed preliminary discussions took place but that the plot faltered after Frydenberg declared his loyalty to the prime minister. 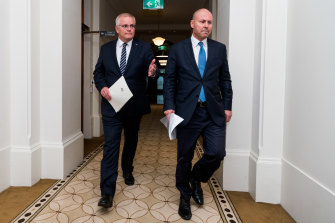 Josh Frydenberg’s refusal to challenge Scott Morrison was one of several sliding door moments for their government.Credit:James Brickwood

“As a matter of course, colleagues always consider ongoing electoral viability,” he said.

Former NSW Liberal MP Jason Falinski, who lost his seat to teal independent Sophie Scamps, also confirmed to The Age and The Sydney Morning Herald that a change of leader had been canvassed.

“There were no serious discussions about replacing the prime minister,” he said. Frydenberg declined to comment.

The former treasurer’s decision to bunk in with Morrison at the Lodge during lockdown in August last year raised concern among some MPs that Frydenberg had become too close to the prime minister to sense how unpopular his leader was becoming with voters.

Several Liberal MPs, who asked not to be named so they could speak freely, said Frydenberg was too loyal for a serious challenge to get off the ground.

Frydenberg’s refusal to turn against Morrison has echoes of Peter Costello’s reticence to move on John Howard in the lead-up to the 2007 election. It is one of several sliding door moments for the Liberal Party that might have reshaped last Saturday’s election.

Throughout a decade of leadership challenges and changes during his time in parliament, Frydenberg always backed the sitting leader, voting for Tony Abbott against Malcolm Turnbull in 2015 and Turnbull against Peter Dutton in 2018. “He is loyal to a fault with leaders,” a senior party figure said.

At the start of the election campaign, Liberal MPs in teal-targeted seats desperately tried to separate themselves from the unpopular triumvirate of Morrison, Barnaby Joyce and the Queensland LNP. Frydenberg’s final pitch to the Kooyong electorate was “Keep Josh” but his campaign discussed printing polling days flyers with the message, “Vote Ryan, Get Dutton”. The flyers did not eventuate. 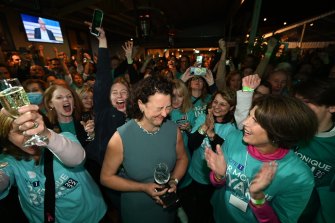 Internal party polling provided to The Age and Herald show the collapse of the Liberal vote in seats that turned teal was precipitated by four key events in the final months of the Morrison government; the return of Barnaby Joyce as Nationals Leader, the Glasgow climate conference, the Christmas holiday chaos caused by the Omicron outbreak and the decision to push ahead with religious discrimination legislation.

Several MPs also said the government’s handling of Brittany Higgins’ rape allegations and the broader response to the treatment of women in Parliament House damaged the Coalition’s credibility.

Senior Liberals concede the party made a fatal mistake by not calling an election at the end of last year, rather than running full term. A 2021 poll would have starved the teal movement of time to build their community-based campaigns.

“He is loyal to a fault with leaders”

As vote counting continued on Tuesday, more Liberal MPs confirmed that Dutton was all but certain to lead the party, though a ballot will not be held until the count has concluded.

NSW Liberal MP Sussan Ley was firming for the deputy’s job. Victorian moderate senator Jane Hume and South Australian senator Anne Ruston were also being discussed. But Queensland MP Karen Andrews ruled herself out of the contest for the job late on Tuesday.

Angus Taylor and Stuart Robert are both likely to put their hand up for the shadow treasury portfolio. 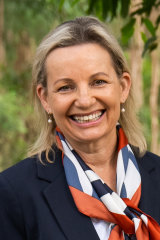 Sussan Ley is a strong contender to replace Josh Frydenberg as deputy leader.Credit:AFR

The Liberal party’s “internal track” for Kooyong, a series of polls and qualitative research conducted by Crosby Textor, show that by September 2021, three months after Joyce returned to the leadership, Morrison’s personal brand had turned toxic in the traditional Liberal seat with a net approval rating of -18.

The same polling showed that Frydenberg still had a safe hold on his seat, with a 57-43 lead over Labor, a 59-41 lead over the Greens and a positive approval rating of 15. This challenges the notion that Frydenberg’s interventions against the second-wave lockdown in Victoria were a decisive factor in the Kooyong result.

Monique Ryan, the pediatric neurologist who won the seat on Saturday, had not yet been announced as the teal candidate. At the time, Frydenberg was approached by fellow moderate MPs about challenging Morrison, he had no indication that his own political career was under threat.

That changed between November and December last year when, in quick succession, Morrison went to Glasgow with a tepid climate change commitment, the Omicron outbreak wreaked havoc on Australia’s re-opening and summer holiday plans and Ryan emerged as a serious, well-supported local challenger in Kooyong.

The Crosby Textor track shows that by March 2022, on the eve of the federal budget, Frydenberg was in serious trouble, along with other Liberals in progressive, inner-city seats. His primary vote had crashed to 41, Ryan’s had surged to 37 and the likely flow of preferences would tip Frydenberg out of parliament.

The final poll taken at the start of the campaign showed the budget did nothing to stop the flight of Liberal voters to teal candidates. It accurately predicted Saturday’s result: a drubbing at the hands of Ryan.