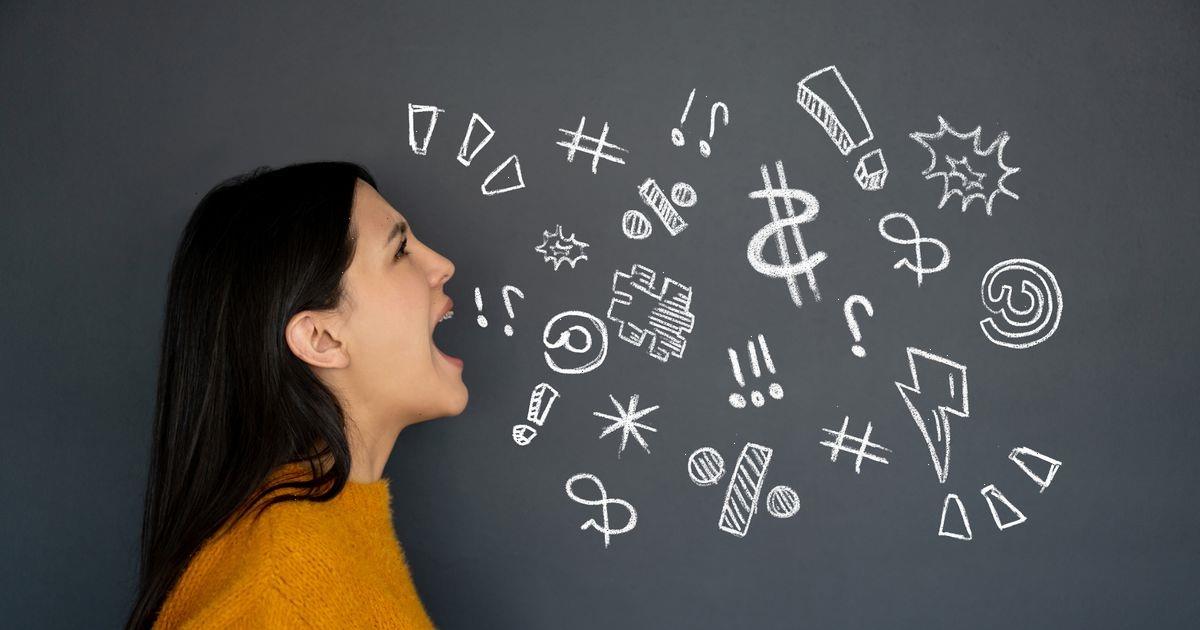 We have all been taught from a young age that swearing is wrong. Even in adulthood, we make sure to watch what we say out of fear of being labelled bad mannered.

But according to experts, humans developed swearing long ago to help deal with stressful situations over which they had little control.

While most language comes from the cortex and left hemisphere of the brain, swearing has been found in an older, deeper lying part of the brain called the basal ganglia, explains psychologist Richard Stephens, author of ‘Black Sheep: The Hidden Benefits of Being Bad’.

He says: “As well as the pain tolerance change, participants also showed an increase in heart rate. When you swear your heart rate goes up even more, which suggests an emotional response to the swearing itself.

“This response is the stress fight or flight response and it works as an analgesic.”

An experiment conducted by Keele University also found that participants who dipped their hands into freezing cold water while swearing were able to endure longer than participants who didn’t swear, although this was only the case for people who weren’t already habitual swearers.

Linguistics professor Kate Burridge toldThe House of Wellness: “Gordon Ramsay, for example, wouldn’t see any pain reduction in a similar scenario, but someone who swears occasionally or rarely, would.”

Just like swearing helps reduce physical pain, it also helps offset emotional and psychological stress too. According toPsych Central , swearing is associated with “increased circulation, elevated endorphin, and serotonin levels, and an overall sense of calm, control, and well-being.”

Dr. Raffaello Antonino, a counselling psychologist and the clinical director and founder of Therapy Central, toldHealthline: “Swearing can have a truly liberating effect when we’re feeling bottled up with frustration. Saying the F-word, or similar, can have an immediate calming impact on the difficult emotions we might be experiencing.”

He added: “The way swearing works, in these circumstances, is as a form of coping mechanism to deal with the emotional consequences of various difficult situations, especially those we have little or no control over and that cause us to feel disappointed, that we’ve been treated [unfairly], experience persistent or acute physical pain, and so on.”

In addition to these direct benefits, swearing also presents some indirect benefits to well-being. First of all, it can actually reduce one’s chances of getting involved in a physical altercation that could result in one causing or being on the receiving end of harm.

While swearing at someone rather than just swearing out loud in general can never be condoned, it can actually pre-empt feelings of aggression that might otherwise be expressed through violence.

Timothy Jay, a professor emeritus of psychology at the Massachusetts College of Liberal Arts who has studied swearing for more than 40 years, toldCNN: "A dog or a cat will scratch you, bite you when they're scared or angry. Swearing allows us to express our emotions symbolically without doing it tooth and nail.

"In other words, I can give somebody the finger or say f**k you across the street. I don't have to get up into their face."

Swearing, when done in the right context, can also help you form social bonds based on sincerity and openness, which in turn herald benefits for psychological well-being.

Scientist Dr Emma Byrne told The House of Wellness: “When we use swearing on purpose, we’re often deliberately taking a bit of a risk. You see this particularly in societies where jocular abuse (or banter) is common.

“We’re saying, ‘I trust that you trust me enough to know that I’m not really being an a——e right now’. When it’s judged correctly, jokey swearing increases the feeling of trust and group cohesion.”