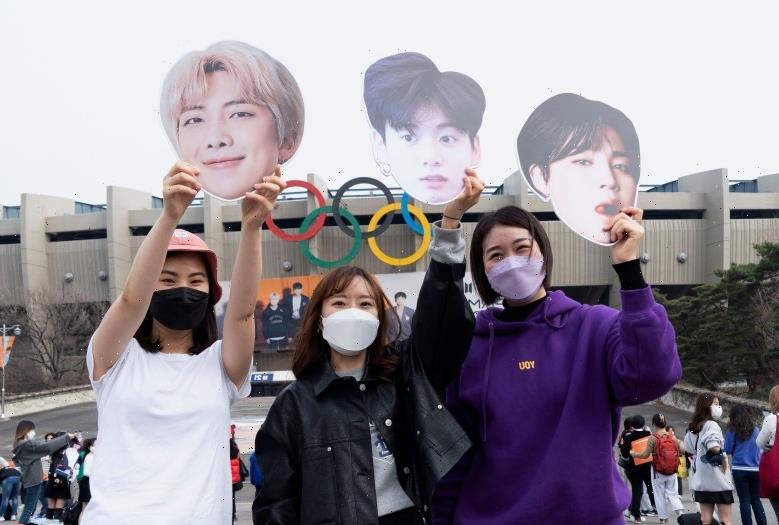 Gia Coppola is making her first foray into documentary with a focus on boy bands and the girls, women, and queer people who love them.

The “Palo Alto” filmmaker is directing and producing “superfans: screaming. crying. throwing up.,” which is now in production from XTR and Jason Bateman and Michael Costigan’s Aggregate in association with Coppola’s Detour, the companies announced on Monday.

As the film’s title suggests, “superfans” focuses on the most devoted fans of bands like New Edition, New Kids on the Block, Backstreet Boys, *NSYNC, One Direction, and BTS, who helped turn musical acts into multi-billion dollar franchises. It looks at fangirl experiences, movements, and markets of the ’80s, ’90s, and 2000s.

It’s based on the 2020 nonfiction book “Larger Than Life: A History of Boy Bands from NKOTB to BTS,” from music and culture critic Maria Sherman.

“I’m a proud pop fangirl, so the opportunity to translate Maria’s contemporary, sharp, fun book into documentary form, a format I’ve been craving to dabble in, is beyond exciting,” Coppola said. “I’m thrilled for the collaboration between the experienced creative partners at Aggregate and XTR.”

Sherman’s work considers how boy band fandom has often been trivialized by mainstream culture and the music press.

What about Elvis? Or The Beatles? Just like New Kids on the Block and BTS that came after them, those seminal artists had adoring teenage fans. One major difference, Sherman argues, is that they were viewed more seriously.

“To think about boy bands critically, you can’t really adhere to the same value systems where authenticity by songwriting is the best or most interesting thing an artist can be. You have to place that value of authenticity elsewhere and that would be the connection that listeners have with the music itself,” she told NPR. “You can make the argument that Berry Gordy’s Motown is based on the same kind of ‘factory system’ that often gets thrown around when you talk about boy bands.”

The film offers a different value system when considering its subject. For example, the large number of queer fans of “One Direction” and the band’s vocal support of the queer community. Or how BTS fans, collectively known as BTS ARMY, matched the band’s $1 million donation to Black Lives Matter in 2020.

“When I started ‘Larger Than Life’ half a decade ago, my ambition was to write something that did justice to boy band fans, to celebrate their enthusiasm, undeniable influence, and life-affirming joy. Telling that story on screen seemed like a total fantasy,” Sherman said. “superfans: screaming. crying. throwing up. could not be more appropriately titled; working with XTR, Aggregate, and the brilliant Gia Coppola is a dopamine hit that rivals shouting along to a pop song’s bridge. I mean, in the immortal words of One Direction, what a feeling!”