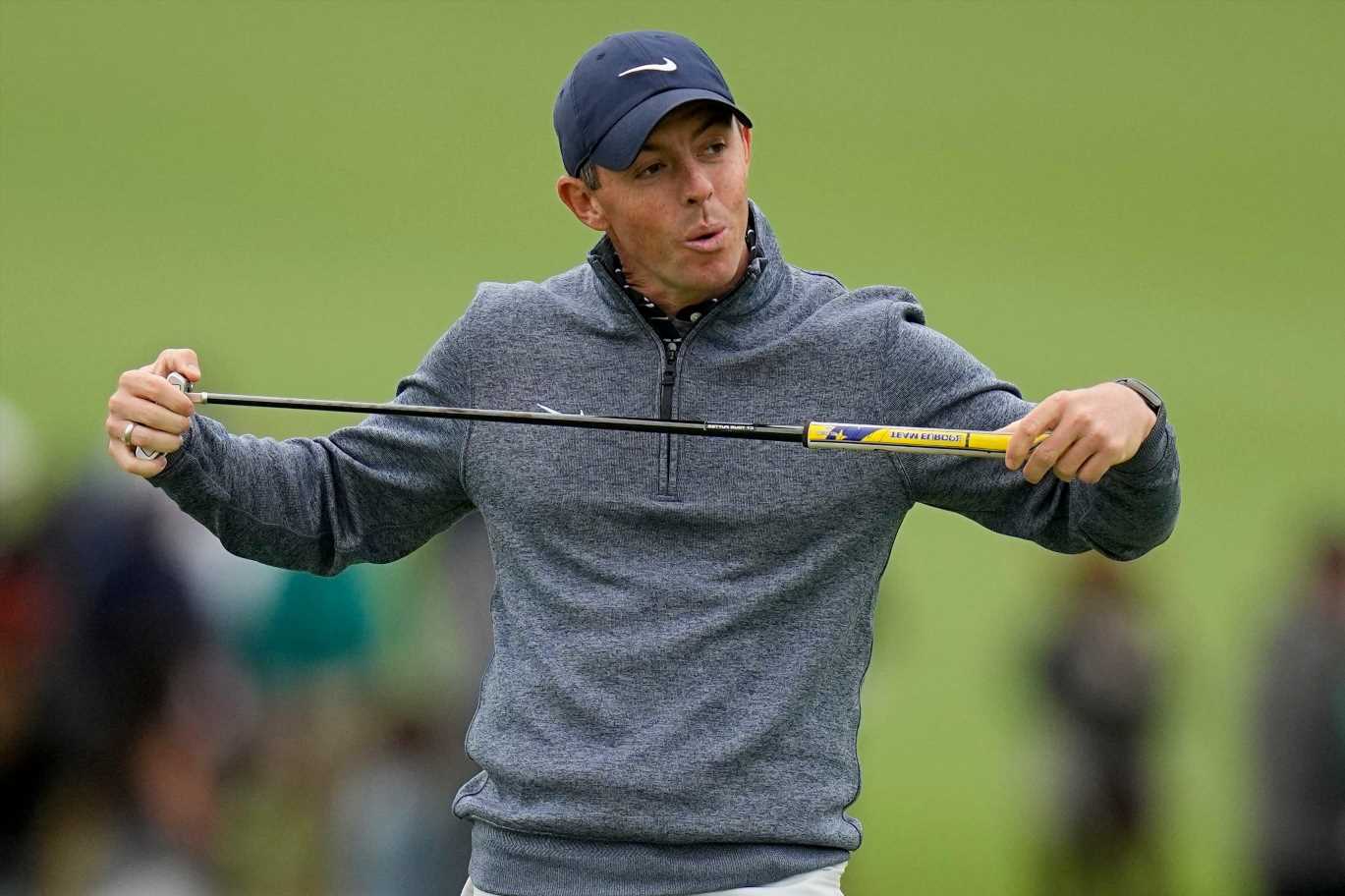 Mito Pereira will take a three-shot lead into the final day of the PGA Championship at Southern Hills after overcoming a shaky turn to surge out in front on Saturday. Pereira birdied the last to card a 69 and remain ahead of overnight leader Will Zalatoris and Matthew Fitzpatrick, who put himself into contention after shooting an excellent 67.

Rory McIlroy’s bid to end his major drought suffered a significant early blow, however. After a run of five straight pars, McIlroy pulled his tee shot to the par-three sixth into the water and ran up a double-bogey five to drop back to two under par. It would be followed by a triple-bogey six and although a run of birdies helped, McIlroy then dropped a further shot at the 18th to finish the day at level par overall.

Earlier in the day, Tiger Woods recorded his worst ever score in the PGA Championship as a successful battle to make the cut took a heavy toll at Southern Hills. Woods shot 79, his previous worst score in the US PGA being a 77 in the first round in 2011. “I just didn’t play well,” Woods said. “I didn’t hit the ball very well and got off to not the start I needed to get off to. I thought I hit a good tee shot down two and ended up in the water, and just never really got any kind of momentum on my side.”

It was confirmed after the conclusion of the third day that Woods had withdrawn from the tournament and the 46-year-old will not play in the fourth round.

Follow all the action on what promises to be an intriguing final day, below:

No-one out on the course is in the red numbers for the championship just yet but Joaquin Niemann, who flirted with the top of the leaderboard in the first couple of days, has just birdied the par-four 3rd to climb to Evens for the week.

That’s currently a tie for 17th, alongside the likes of Rory McIlroy and Tommy Fleetwood. The latter has just teed off.

Tiger Woods deserves better than to be a ‘ceremonial golfer’, says Paul McGinley

Paul McGinley hopes Tiger Woods can avoid ending his career as a “ceremonial golfer” following his withdrawal from the US PGA Championship.

Woods made the halfway cut with a shot to spare at Southern Hills, but struggled to a nine-over-par 79 in the third round, his worst score ever in the event by two shots.

That left the 46-year-old tied for last among the 79 players to make the cut and tournament officials later announced that Woods had withdrawn from a major championship for the first time in his professional career.

Former Ryder Cup captain McGinley, now an analyst for the Golf Channel, said: “All we can do is wish him well. 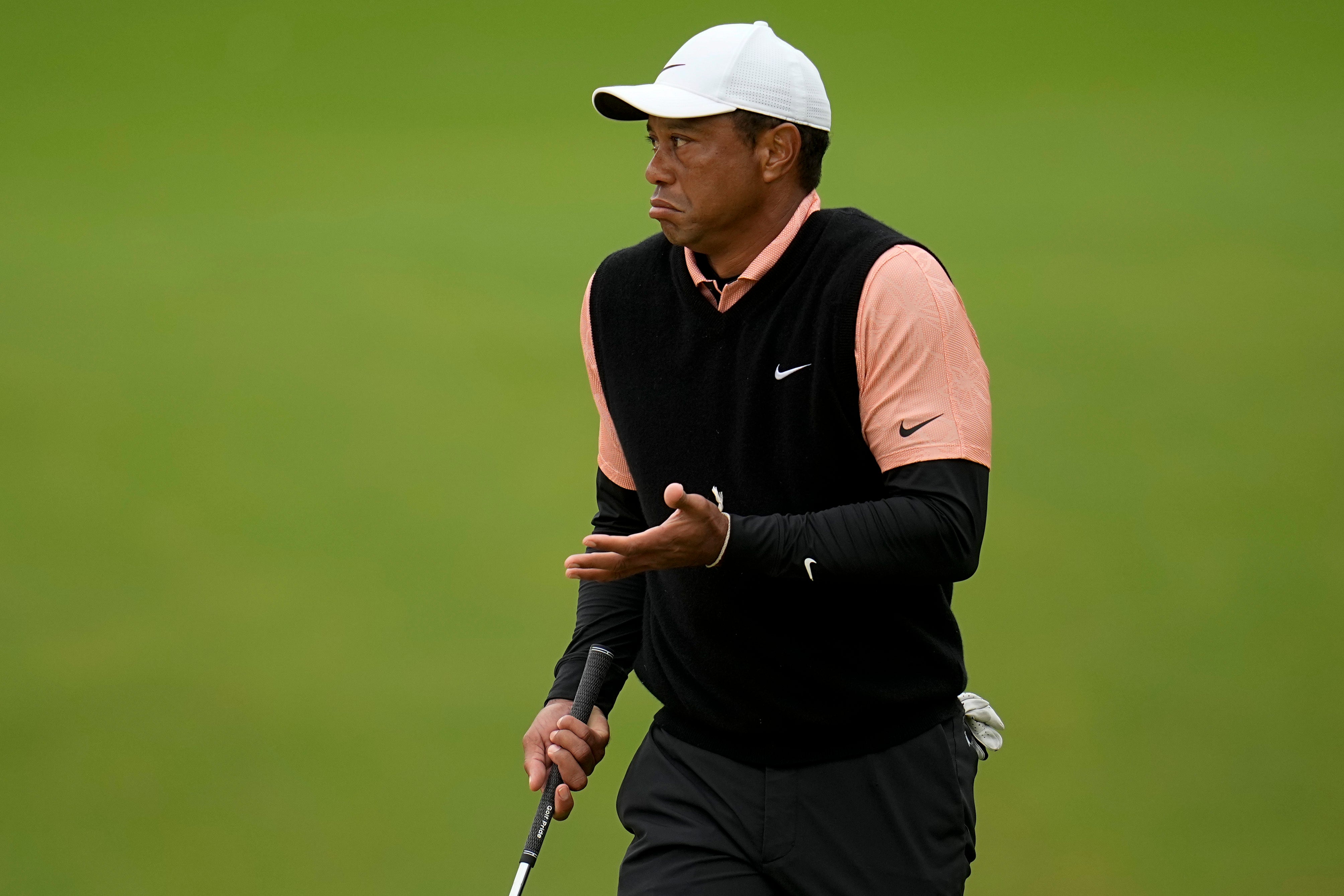 Tiger Woods deserves better than to be a ‘ceremonial golfer’, says Paul McGinley

Rory McIlroy off to a solid start

Rory McIlroy’s round is underway and he pars the 1st to stay at evens for the Championship. Just the nine strokes behind Mito Pereira.

All Rory can do is try and shoot low and then hope for something truly bizarre to happen behind him.

Six days after declaring Southern Hills was “not really my cup of tea”, Matt Fitzpatrick heads into the final round of the PGA Championship in contention for a maiden major title.

It came as Tiger Woods withdrew from the tournament just hours after recording his worst score in the event. Woods made the halfway cut with a shot to spare at Southern Hills, but struggled to a nine-over-par 79 in the third round.

But later in evening Fitzpatrick made light of the cold, breezy conditions to card a superb 67 and end a rollercoaster day three shots behind pacesetter Mito Pereira, the PGA Tour rookie continuing to impress on just his second major start.

Pereira went from one behind playing partner Will Zalatoris to four ahead in the space of six holes, then saw his lead cut to a single shot after four bogeys in five holes around the turn before back-to-back birdies on 13 and 14.

The 27-year-old from Chile also birdied the last to card a 69 and finish nine under par, with Fitzpatrick and Zalatoris – who recovered from playing his first seven holes in four over to return a 73 – on six under. 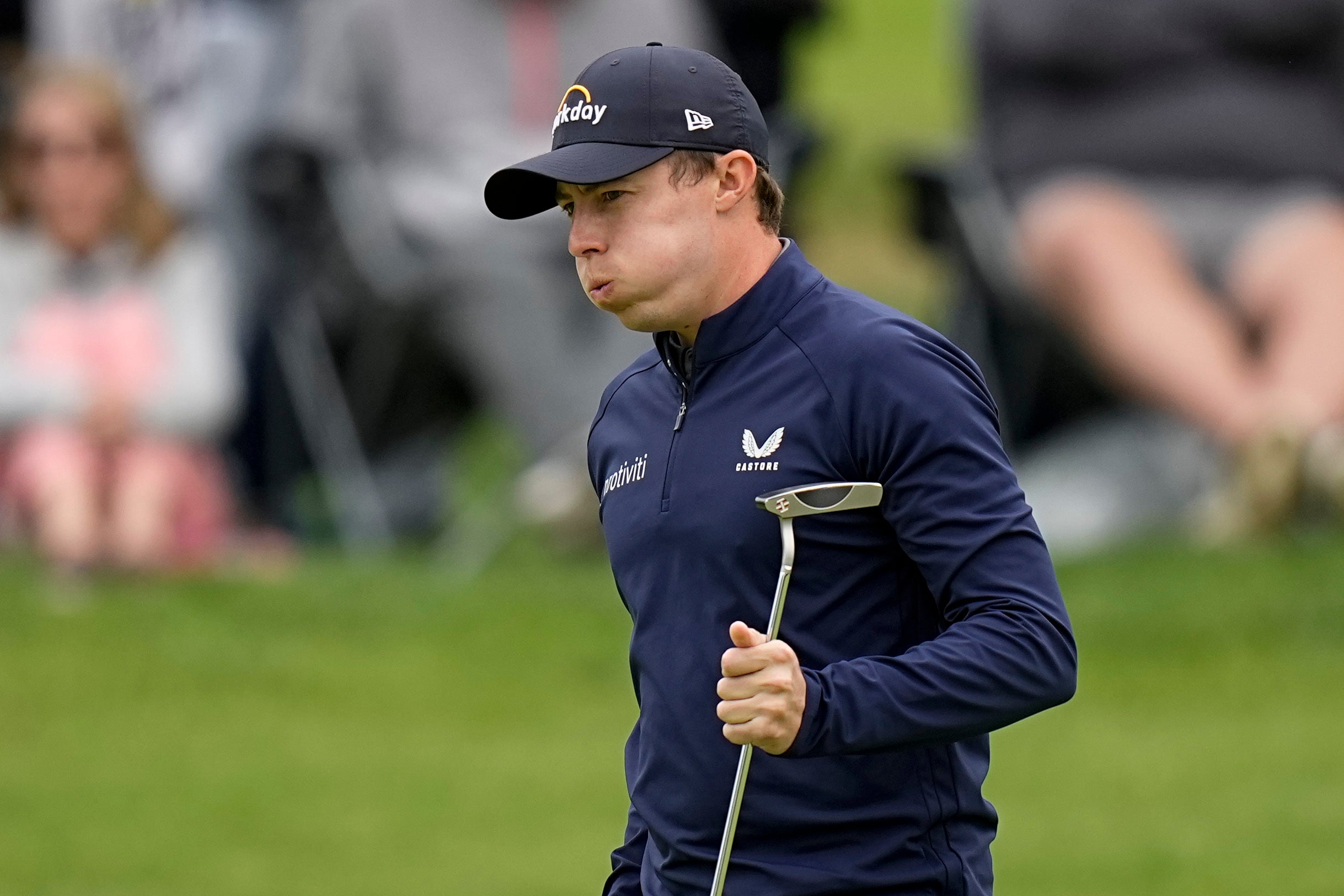 Fitzpatrick made light of the cold, breezy conditions to card a superb 67 on Saturday

Chile’s Mito Pereira will take a three-shot lead into the final round of the PGA Championship, which will be played without the presence of a previous winner at Southern Hills.

Moments after Pereira birdied the 18th to bring round three to a close, tournament officials announced that Tiger Woods had withdrawn from a major for the first time in his career.

The news came as no real surprise given that Woods had earlier struggled to a nine-over-par 79, by two shots his worst ever score in the event and one which left him in joint last of the 79 players that made the cut.

Whether Woods – who won the 2007 US PGA at Southern Hills – will contest next month’s US Open remains to be seen, although he has previously stated his intention of teeing it up in the 150th Open Championship on the Old Course at St Andrews in July.

Playing in just the second major of his career, Pereira’s third round of 69 gave him a three-shot advantage over England’s Matt Fitzpatrick and halfway leader Will Zalatoris, with Cameron Young a shot further back. 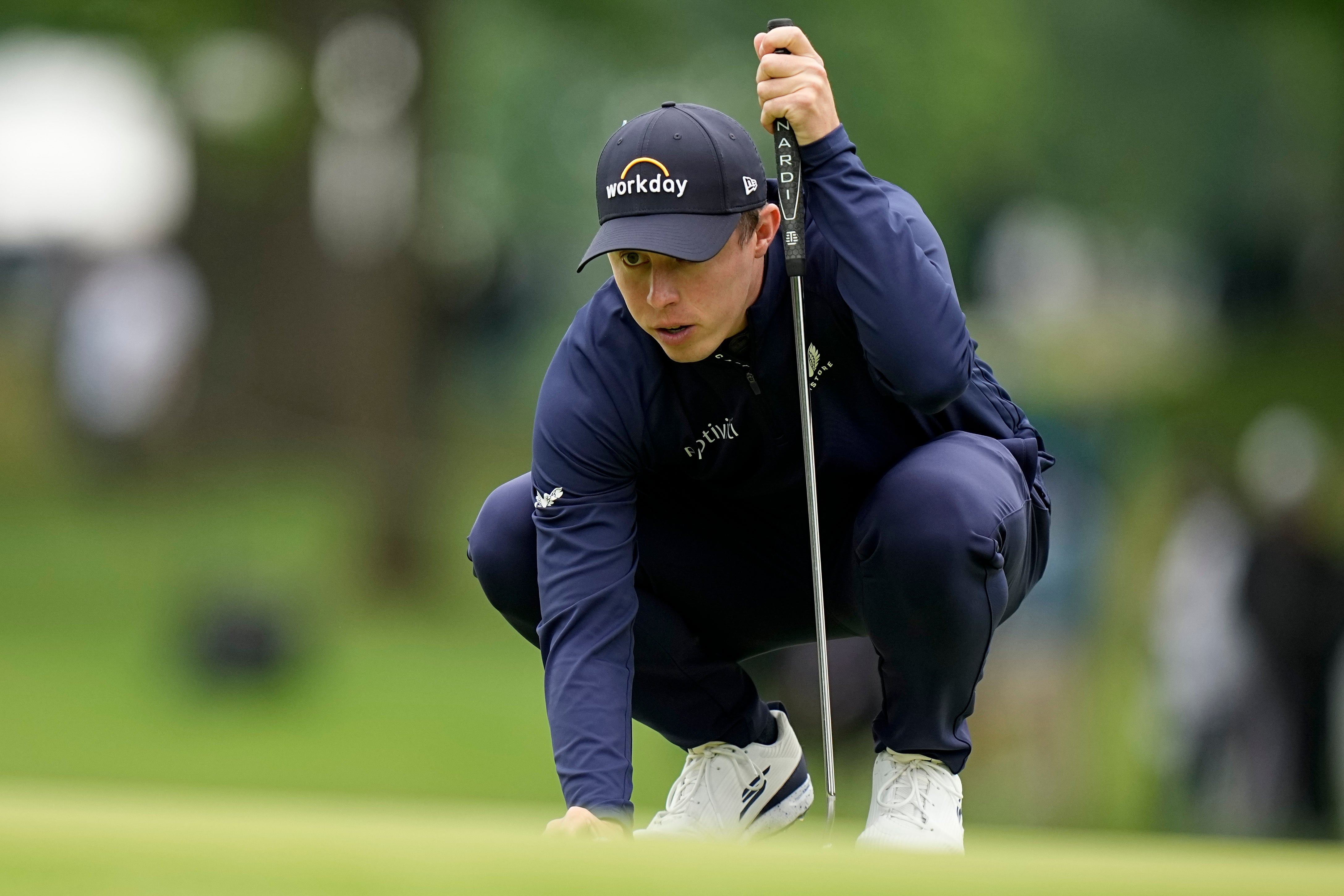 Rory McIlroy has just teed off on the final day at Southern Hills. Here’s a reminder how he got on yesterday: 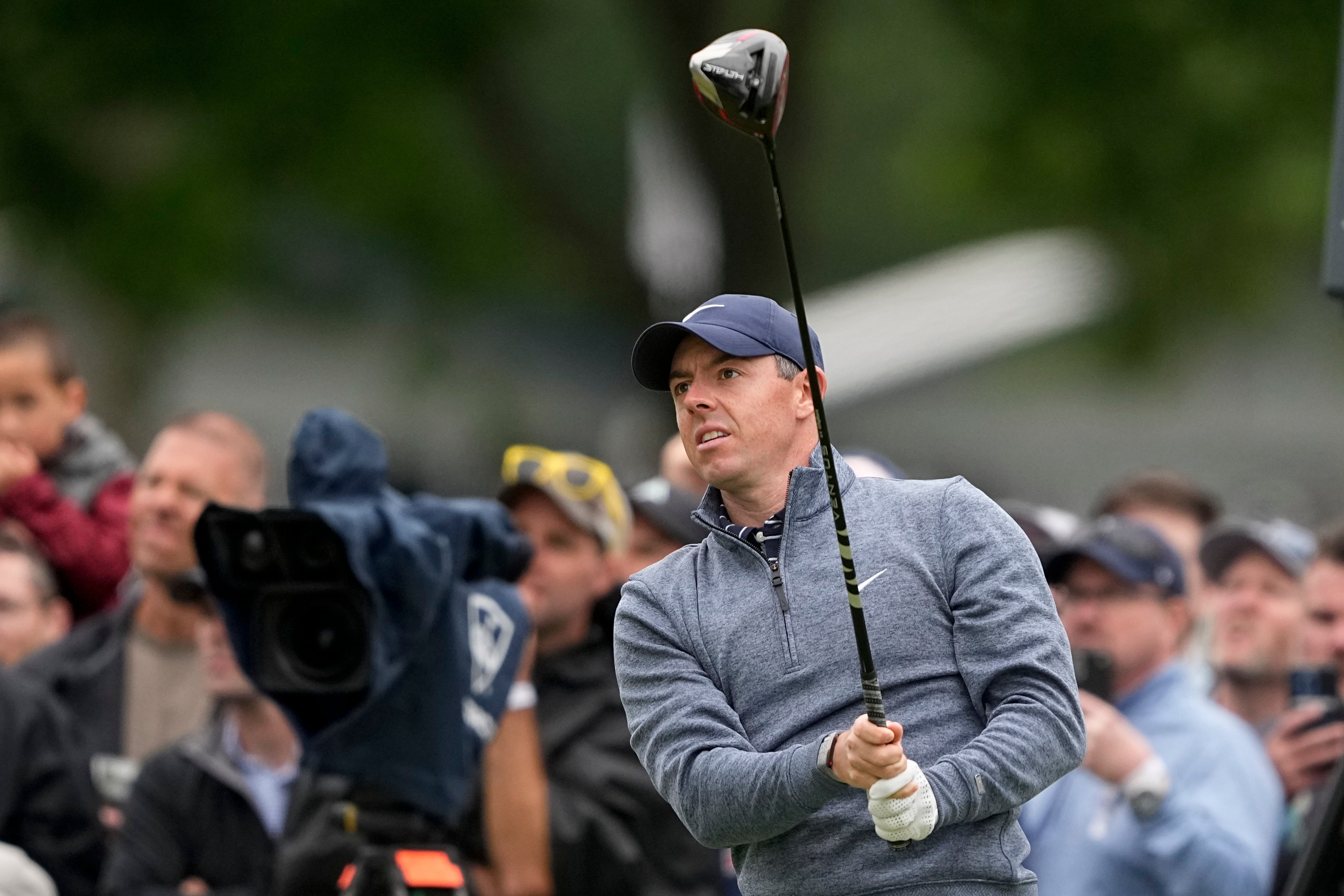 Tee times to look out for

A few notable tee times coming up soon, including Rory McIlroy. Here’s some to watch: 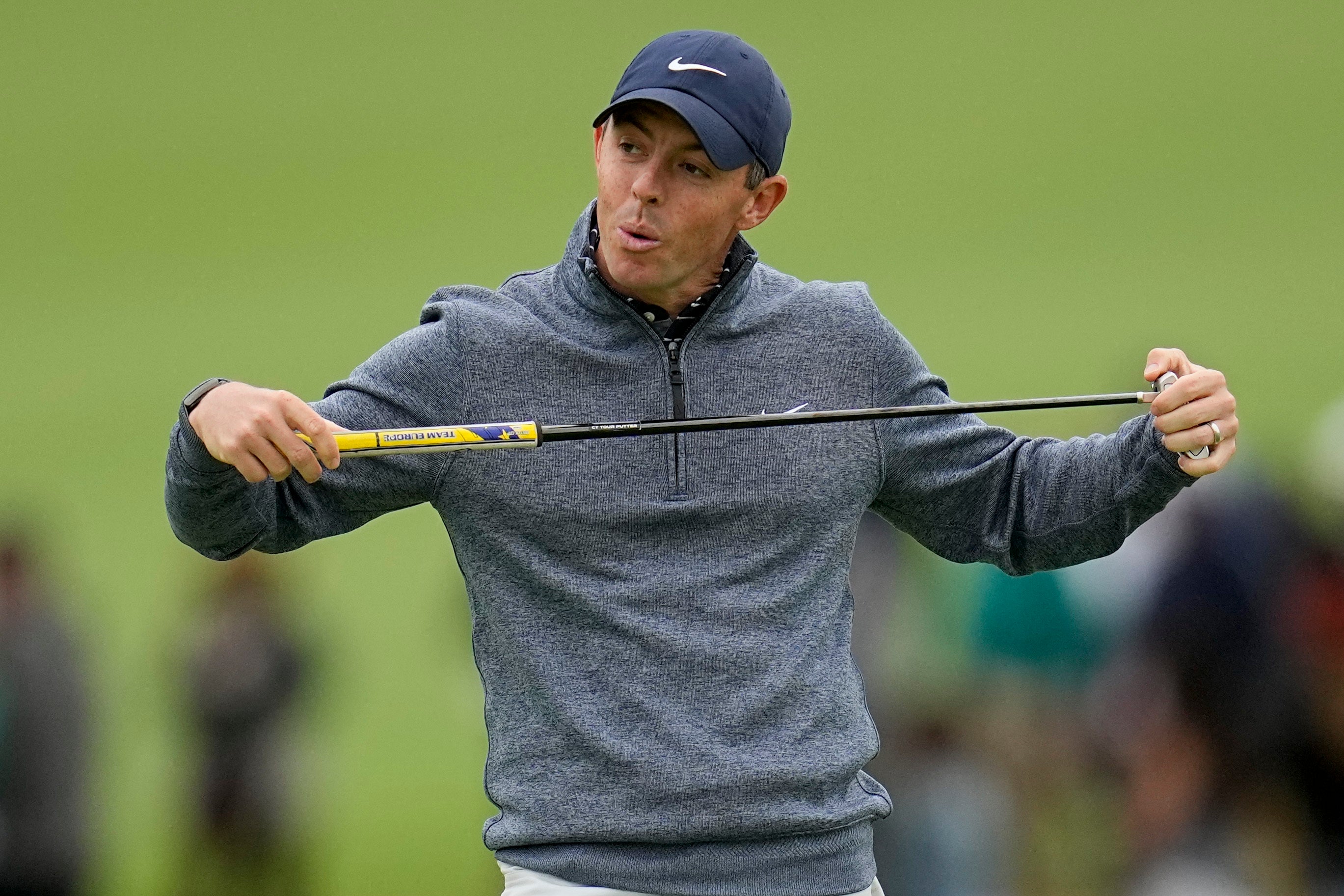 While no-one out on the course this early is likely to challenge for the title, they can give an idea of course conditions and what scoring might be like for the leaders later on.

Perhaps pleasingly for Mito Pereira, who defends a three-shot lead, he shouldn’t have anyone haring up from behind with scoring looking tough.

Of the eight men to complete their round so far, only Billy Horschel has shot under par – with a one-under 69.

And of the 50-odd players who’ve started their rounds today, only three are currently at two-under for it – Kevin Streelman (through 15 holes), Harold Varner (thru 6) and Talor Gooch (thru 5). Not good news for those looking to make up ground.

Welcome to The Independent’s final-day coverage of the PGA Championship from Southern Hills.

There’s plenty of drama in store in Oklahoma as, barring something miraculous, we’ll crown a first-time major winner – which has become something of a tradition at the PGA Championship.

The top six names on the leaderboard are all going for a maiden major, with Chile’s Mito Pereira leading the way at -9. He’s three strokes clear of Englishman Matt Fitzpatrick, who he’ll tee off alongside at 7.35pm, and Will Zalatoris.

Cameron Young is a shot further back at -5, Abraham Ancer at -4 and Seamus Power at -3. It will be a huge task for anyone further back than that to turn things around and lift the Wanamaker Trophy at around midnight this evening.