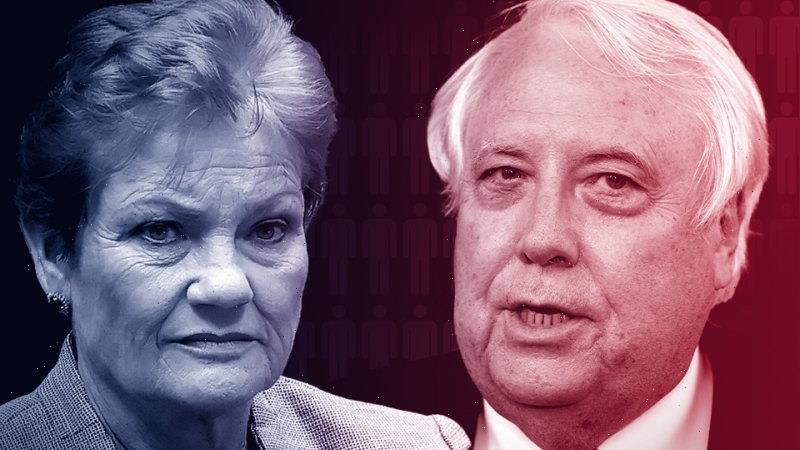 One Nation has tanked in its Queensland heartland and its founder Pauline Hanson is a chance of losing her seat in the Senate.

The party secured 7.8 per cent of the state’s Senate vote by Sunday, a swing against it of 2.45 points from the 2019 election that installed Malcolm Roberts. 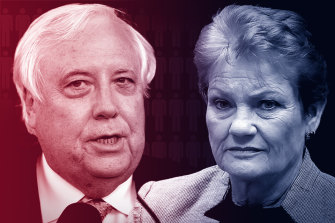 By the afternoon, Hanson was leading the race to secure the sixth place and is likely to still benefit from United Australia Party and Liberal Democrats preferences, but was facing a serious challenge from upstart Legalise Cannabis Australia (6.7 per cent).

She has already been easily outmatched by Penny Allman-Payne for the Greens (14.1 per cent), who is well-placed to join veteran colleague Larissa Waters.

In the squeeze for the final Senate slot, the LNP’s Amanda Stoker, third-placed on the Coalition’s ticket behind re-elected senators James McGrath and Matt Canavan, appears a long shot to be returned.

Billionaire Clive Palmer received only 4.7 per cent of the senate vote for the UAP and will likely miss out. So will former Queensland LNP Premier Campbell Newman, whose Liberal Democrats received 2.4 per cent.

For Labor, Murray Watt will be returned and Anthony Chisholm is in a strong position to join him. 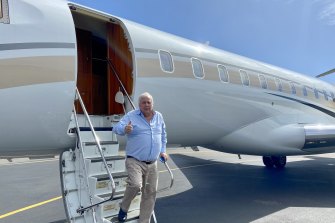 Clive Palmer disembarks from his private jet to campaign for the United Australia Party in Gladstone.Credit:Zach Hope

The so-called ‘freedom’ parties of Pauline Hanson’s One Nation (PHON), UAP and the Liberal Democrats – which campaigned against COVID-19 vaccine mandates and lockdowns – have failed to make a serious dent in the electoral landscape, however Palmer’s party may add a senator in Victoria, where pandemic restrictions have arguably impinged on citizens the hardest.

As expected, controversial ex-LNP MP George Christensen, who was recruited to help promote Hanson in her Senate campaign, bows out of politics without coming close to an upper-house seat.

While the party has increased its national lower house vote by about 1.9 points, much of this is attributable to its fielding candidates in seats it previously left uncontested.

This was felt most painfully in her regional base, where several swings against the party have been in the sixes, including in the seat of Blair, which takes in her old stomping ground of Ipswich. PHON’s candidate in Flynn, Sharon Lohse, a star of 2019, suffered a swing against her of almost eight per cent.

The party did not return calls on Sunday. 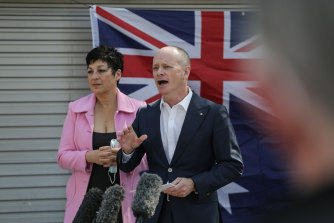 Despite spending close to $100 million on the 2022 campaign, Palmer’s UAP again wakes up without a solitary lower house seat anywhere in the nation. It has nevertheless increased its first-preference vote to 4.25. In Queensland, the UAP had 5.3 per cent of the vote by Sunday afternoon.

Leader Craig Kelly, who held the NSW seat of Hughes and was promoted by the UAP as Australia’s next prime minister, is now out of a job.

A UAP spokesman said the party would wait for Senate results to become clearer before it would make a statement.