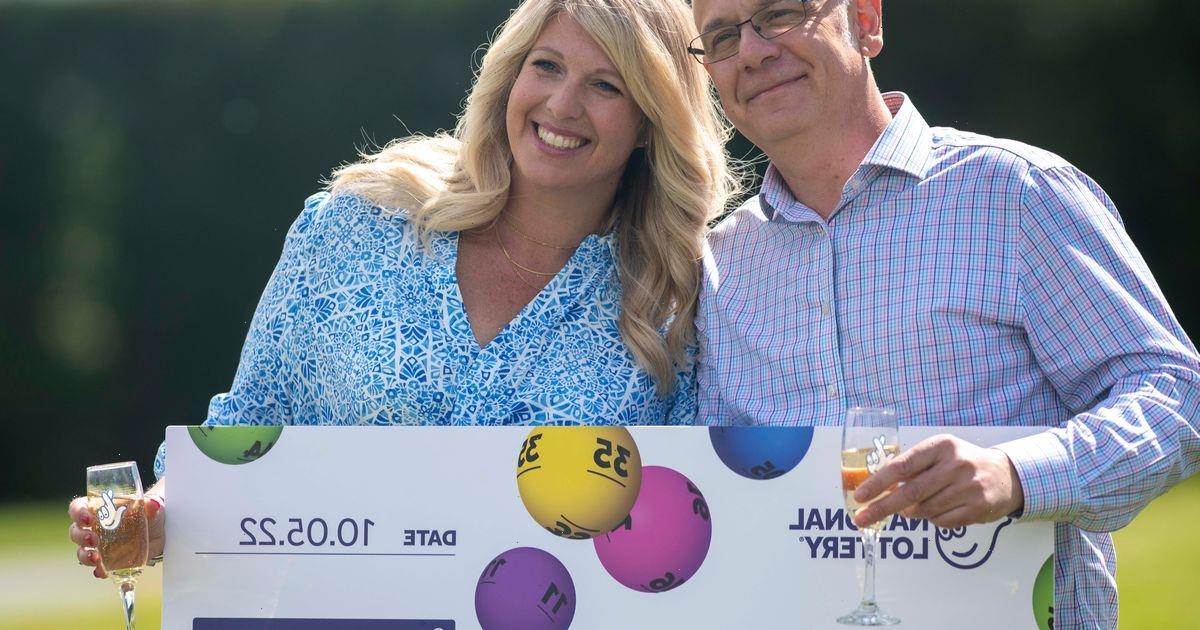 Good Morning Britain viewers were utterly divided on Friday, during a segment about whether to go public with a huge lottery win or keep the details under wraps.

This week saw a couple from Gloucester celebrate publicly after scooping a humungous £184,262,899 with a EuroMillions lucky dip – making them the UK’s biggest EuroMillions lottery winners ever and catapulting them onto rich lists.

However, not every lottery winner has decided to share their identities after winning, with some instead choosing to keep their windfall private, and not even tell close friends or family.

The topic sparked a brilliant debate on ITV's GMB as Real Housewives of Cheshire star Nicole Sealey told hosts Kate Garraway and Ben Shephard that she would keep schtum if she won big.

“Whereas I’ve come into the show and I’ve built my business and it’s been a process, whereas someone who’s thrown out there immediately, you won’t be prepared for it.”

Nicole also revealed that thanks to her wealth, people "approach" her for money.

She continued: “And imagine that scenario – you are going to have people contacting you begging. What’s real, what’s not? Even friends, family – that relationship will change.”

Broadcaster Jasmine Dotiwala also weighed in on the debate, disagreeing with Nicole and saying that we should “reframe the way we think about wealth”.

She said: I think people from working class backgrounds like me were always taught things like ‘money is the route of all evil’, ‘more money more problems’, but actually, you could use money to create great opportunity, time, comfort and wealth.”

When Kate asked how Jasmine would feel about people asking her for money if she won the lottery, the broadcaster replied: “But how would they get to me? All my loved ones and friends would all be given lots of wealth and prosperity and opportunity.”

Fans were immediately divided, and took to Twitter to share their thoughts. One said: “Personally I’d keep it to myself. I know I couldn’t deal with the begging letters etc.

“Someone I know who’s uncle won the Lotto, he shared it and had huge family fallout because some were unhappy because others got more than they did. It can be a destroying thing.”

Another agreed: “No.. absolutely keep it private. Other People's behaviour changes toward you. Don't be flashy and showoff, help those you can, and just get on with it. Not everything has to be a drama or announced.”

But others disagreed completely. One said: “I would go public and I would be more than happy to share my wealth with community and charitable organisations because you can improve the quality of some many peoples lives but it would need to be closely managed and supported.”

Another simply commented: "I would go public and spend like hell and enjoy life."

Joe and Jess Thwaite were pictured celebrating with a huge cheque this week, after their EuroMillions windfall.

After announcing the win, they reasoned that they didn't want to put the burden of keeping a secret so huge on their loved ones.

And while many of us would probably jet off abroad, buy a flash car or new home after winning, they made an usual first purchase – prioritising some DIY.