The Tories should ditch David Cameron’s tree logo and bring back Margaret Thatcher’s torch of liberty, a minister has said.

Suella Braverman called on the Conservatives to ‘stamp out this long tail of Blairism’.

The Attorney General – whose parents are of Indian origin and came from Kenya and Mauritius – told the Conservative Home blog there was no need to apologise for the British Empire. And she said she wants to see the end of New Labour’s ‘equalities agenda’, which has led to ‘a feeble approach to common sense, decency and British values’.

Defending those values, she said: ‘My background is one that is ferociously proud of Britain, Britain’s history, Britain’s welcome. My parents were born under the British Empire. They came to this country with a huge fondness for the empire. 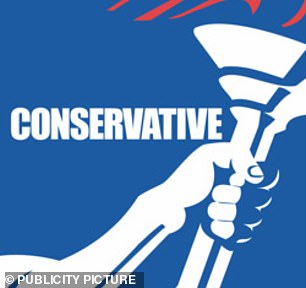 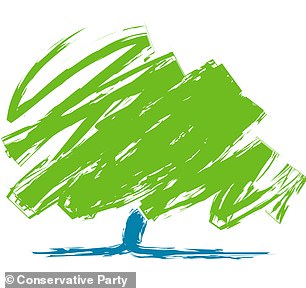 Time to change? The tree, right, replaced the torch in 2006

‘What Britain brought to their countries… was remarkable. And I get very saddened by this apology and shame, promulgated by the Left and commenced by the collective guilt that started under Tony Blair that is pervading our society.’

On the torch of liberty logo, which was replaced in 2006, she added: ‘Wouldn’t it be great to bring that back? If we really want to stamp out this long tail of Blairism, and define ourselves as Conservatives who value liberty, who trust individuals, who know that it’s responsibilities and duties that bind us… then yes, let’s try the torch of liberty.’

Mrs Braverman, MP for Fareham, said she gets ‘very frustrated with leftie activists who want to decolonise our curriculum and cancel our culture and pull down statues’.