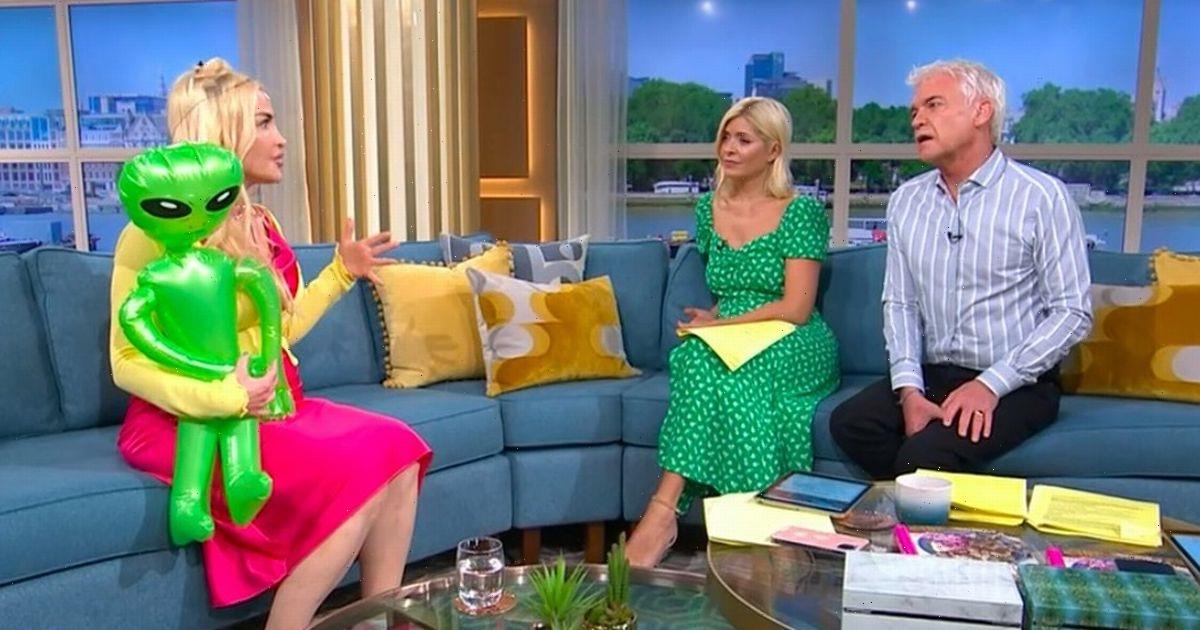 Fans were left in absolute hysterics today when a guest on This Morning claimed she was in a committed relationship with an alien.

This Morning, presented by Holly Willoughby and Phillip Schofield, featured a very special set of guests today – and one of them was extraterrestrial.

Emmanuella Rose ‘met’ the alien after posting on Instagram last year and claimed that she'd "rather date an alien than go on another Tinder date".

Speaking to the hosting duo, Emmanuella said: "This beam of light just enveloped me in this beautiful calm way. And I should have been scared, but I wasn’t. So they just beamed me up to the UFO.”

She added: “He’s a placeholder, so my alien boyfriend communicates with me telepathically, so we don't speak, because aliens are love and light, it’s a lot of powerful vibrations to behold as a human being.

“So for me to hug and hold him is a symbolic representation.”

Phil and Holly could not contain their laughter and bewilderment at points, but made sure to keep probing about the bizarre relationship.

Phil asked about what kinds of different aliens you can find in space, but Emmanuella diplomatically replied: “My boyfriend doesn't want to tell me too much… But basically, there are many different types of aliens.”

She went on: “We have entitlement with humanity, we feel like aliens want to come here and take over the world, but with aliens on other planets, its like a downgrade to get sent here to the world."

But the big question on both Holly and Phil’s lips is a little more complicated – both wanted to know about how Emmanuella and the alien get intimate.

“We can’t even go all the way we can go, because it would kill me," she added.

Viewers were in absolute hysterics and took to Twitter to express how funny they found the story.

One said: “SHE MET HIM ON INSTAGRAM I AM DEAD #ThisMorning.”

Another wrote: “I’ve come home for a bite to eat and flicked on the tv to see a woman has fallen in love with an alien! #ThisMorning . f*** this. Back to work.”

“Once you go alien, you forget about earth men. I’m dying. This girl needs a psych ward. #ThisMorning ,” said another.

One fan was a little more sympathetic, writing: “Part of me thinks ‘if she’s happy, who cares if she thinks she’s dating an alien, she’s not harming anyone’ and the over part of me feels really sorry for her because she’s completely delusional, which is sad. #ThisMorning .”

Another said: “She’s in love with an alien, whose “being” is inside an inflatable alien?… Am I high?! #ThisMorning .”

This Morning is on every weekday at 10am on ITV.

For all the latest news, sign up to our daily newsletter here .