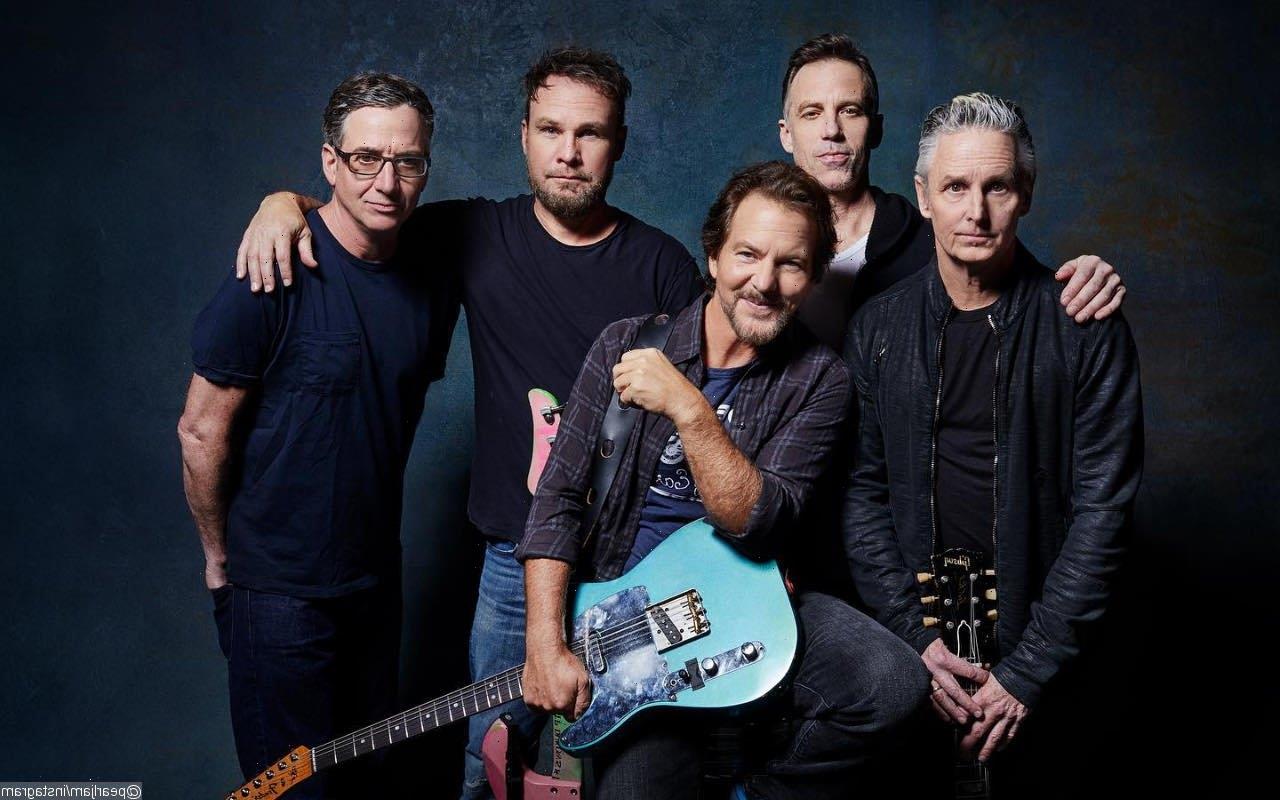 The rock band has been forced to cancel their remaining concerts in Sacramento and Las Vegas after bassist Jeff Ament tested positive for the highly-contagious virus.

AceShowbiz –Pearl Jam has issued an apology after they cancelled the rest of their U.S. tour. The “Alive” group have been joined at recent shows by guest drummers after Matt Cameron contracted COVID-19, but after bassist Jeff Ament also tested positive for the virus, they have made the decision to scrap their remaining concerts in Sacramento and Las Vegas.

Eddie Vedder and his bandmates apologized to fans who were due to attend the shows. They said in a statement shared to Twitter, “Dear PJ fans and ticket holders, while the band battled through Oakland after drummer Matt Cameron tested positive for Covid, and Fresno where Ed and the band got through it with the help of Dave Krusen as special guest drummer, they now have to present the heartbreaking news that this morning bassist Jeff Ament has tested positive for COVID.”

“This is horrible for everybody involved and we are especially sorry to those out there who have made plans to attend these shows,” the statement added. “Our attention to staying inside the bubble has been constant. We have truly done all that we could have to remain clear of infection.”

“Regretfully, the Sacramento and Las Vegas shows are canceled. Ticket refunds will be automatically processed to ticket holders’ method of purchase,” it continued. “We are so very sorry. Be safe out there.”

Pearl Jam’s first drummer Dave played with the group for the first time in 31 years earlier this week. Professionals Josh Klinghoffer and Richard Stuverud have also filled in in Matt’s absence, but the group also enlisted local fans to perform on some tracks with them.

During last week’s shows in Oakland, California, local music teacher Josh Arroyo stepped up to play the group’s final song “Yellow Ledbetter”, and the following evening, teenager Kai Neukermans, who plays in a band called The Alive, was brought on stage to play “Mind Your Manners”.

According to reports, both men had been carefully scouted and selected before the shows and are believed to have had time to rehearse with the band, rather than their introduction to the stage being spontaneous.