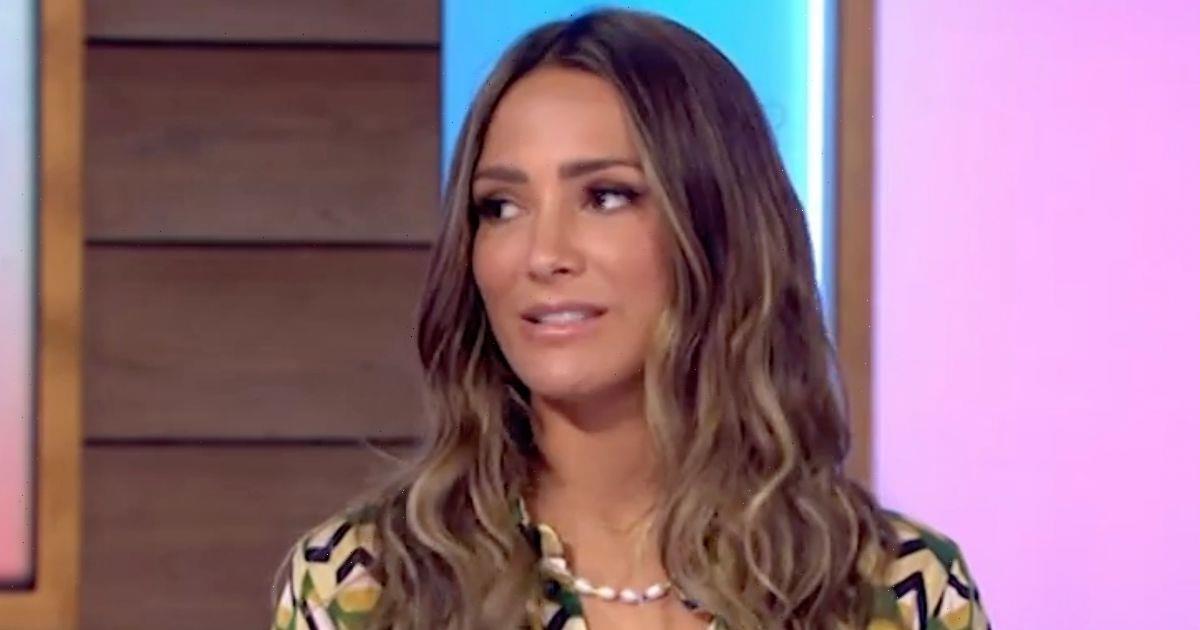 Frankie Bridge revealed on Loose Women that her husband Wayne Bridge “parents” her as she discussed the dynamics of their marriage n the show.

The 33 year old opened up as she appeared on Thursday’s episode with fellow panellists Kaye Adams, Carol McGiffin and Nadia Sawalha.

As the four co-hosts spoke on the topic of parenting their partners and if they felt guilty about it, Frankie admitted that she was the one parented by Wayne in their relationship.

The pair have been married since 2014 and share two children Parker, eight, and Carter, six. Frankie added that she liked that Wayne “parents” her as she confessed she had a tendency to be generally messy at home and often needed guidance on how to fill a dishwasher.

“I would say it's probably more around the other way, Wayne parents me. I quite like it,” the former popstar said.

"I'm useless around the house, he always says I don't know about the dishwasher. I don't stack it right so I just leave it to him. I'm a put it into the sink and let Wayne deal with it."

Intrigued by her response, panellist Kaye added: "Isn't that fascinating? That's complete role reversal from the stereotypes. Usually, it's the woman who says he doesn't know how to do anything so I do it."

Frankie continued: “I'm quite messy, he's really tidy. Don't get me wrong, we have our roles in the house," as Nadia said: "It must be great for him since you joined Loose Women because we now think Wayne is a god."

The mum-of-two jokingly replied: "I know, he comes across as amazing. I'll tell you what, he's not perfect!"

Frankie’s honest marriage chat comes after she spoke last year about how her and Wayne became closer following her battle with depression.

The presenter told The Mirror: "We've been together ten years and I would say we've only really got better at communicating in the last couple of years. I had my breakdown right early on, it was in our first year of our relationship together and he was amazing.

"He could've run for the hills, but he didn't. He stuck around and he tried to learn as much as he could through my therapists and doctors at the time. It was a real stress for him.