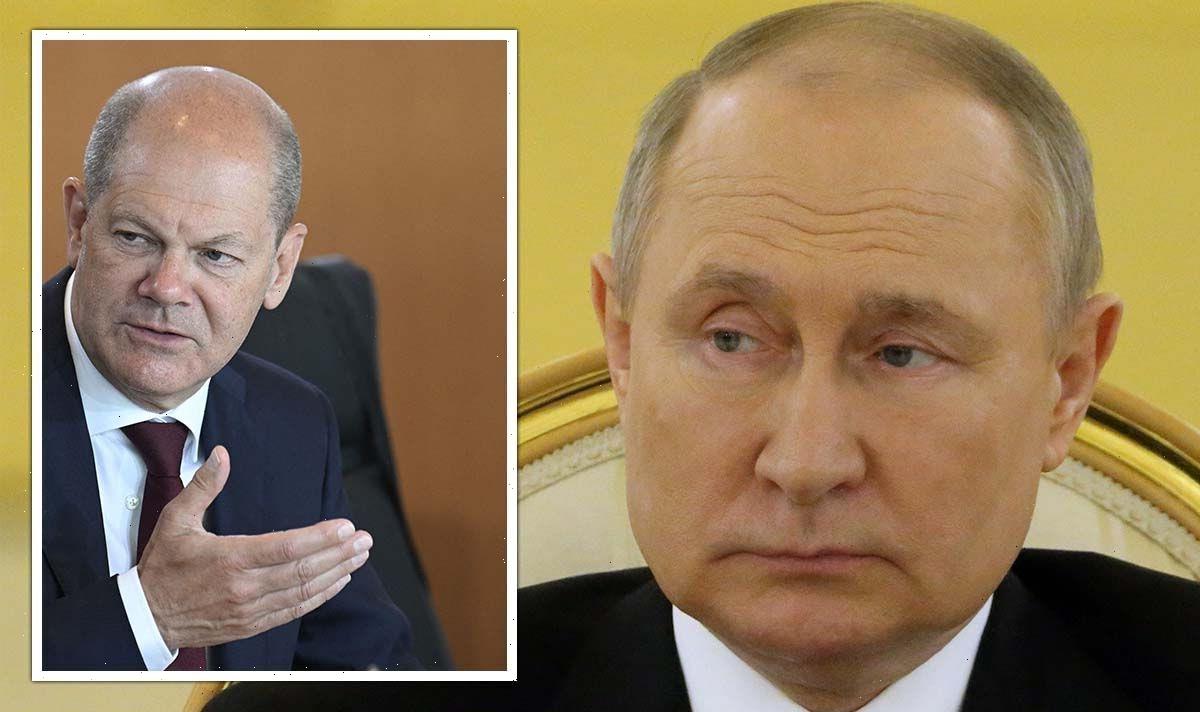 Berlin has come under intense pressure to scupper its energy links with Vladimir Putin as it still relies on Russia for 40 percent of its gas. Now, the Bundestag has proposed a “work plan” to help wean itself off Russian gas, which could deal a huge blow to Putin. German Economy Minister and Vice-Chancellor Robert Habeck said: “We are currently pulling out all the stops to become less dependent on Russian energy.

“As important as it is to find alternative sources of supply for gas in the short term and to build the infrastructure for this, the cheapest and most efficient contribution to greater independence is lower energy consumption.”

It also plans to get rid of subsidies for gas heating and construction projects that do not meet the new Efficiency House 40 standard.

This involves renovating buildings with the lowest energy performance, which has been tipped to save vast amounts of energy and help to slash emissions.

To do this, solar roofs will be rolled out to quickly ramp up renewable power generation.

Other measure to fast-track energy efficiency and help slash dependency on fossil fuels involves revamping the subsidy pot for energy and resource efficiency this year.

Instead of using gas to power the industry, the ministry for climate and economy has suggested that deep geothermal plants can be used instead.

Geothermal energy refers to heat that is stored in rocks and fluids found underground beneath the Earth’s crust. It is considered a renewable energy source and can be used to generate electricity or to heat and cool buildings.

To produce clean power from geothermal energy, wells are dug at least a mile deep into underground reservoirs so the steam and hot water there can be accessed.

All this comes after Germany had come under fire for being one of the leading voices in the EU opposing an embargo on Russian gas.

A study by Greenpeace revealed that if Germany does not scupper its reliance on Russian gas, it will end up handing Putin €17.6billion (£15billion) in 2022.

“It drives up gas prices further and flushes record revenues into Putin’s war chest. This war funding must be stopped.”

Mr Habeck has argued that a build-up of an LNG import structure is crucial for slashing dependence on Russia.

Gas needs to be cooled down to -160° Celsius and compressed into liquid form in a process known as liquification, creating LNG, so it can be shipped long-distance.

It then needs to undergo regasification at a special terminal so it can be used for energy purposes.

These special terminals, which take around five years to build, are what the German Government is betting on to shore up greater energy security.

They are known as Floating Storage and Regasification Units (FRSUs).