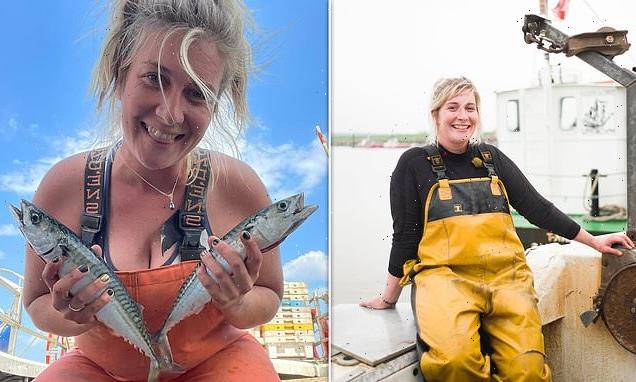 ‘I choose to identify as a fisherMAN’: First woman to win top angling award rejects ‘woke’ demands to swap term for ‘fisherpeople’ or ‘fishers’ to make it more inclusive of females or transgender people

The first woman to win a top angling award says she identifies as a fisherman and has rejected ‘woke’ demands to swap the term for fisherpeople’ or ‘fishers’ to make the industry more inclusive of females or transgender people.

Ashley Mullenger, 35, won the award at the industry recognised Fishing News Awards last week – the first woman to be awarded the honour for under ten-metre boats since it began in its current form six years ago.

But she has dismissed calls for those working in the fishing industry to be referred to by gender-neutral terms such as ‘fisherpeople’, ‘fisherfolk’ or ‘fishers’ in order to promote inclusivity.

Mrs Mullenger, who has commercially fished around the Norfolk coast since 2018, had instead penned an open letter defending the use of the word ‘fisherman’.

The letter has been written alongside apprentice skipper Isla Gale, 17, and Dorset-based angler Mollie Smart – both of whom were also nominated for the award.

Mrs Mullenger told The Telegraph: ‘Sometimes you run the risk of this whole woke culture, but actually I choose to identify as a fisherman.

‘It’s definitely the case that most of the women I know in this industry would rather identify as a fisherman rather than fisher or fisherwoman. The word “fisher” is vile.’

And explaining the decision to write the letter, she continued: ‘It’s a very traditional job that’s been done for hundreds of years mainly by men and we’re really proud to have that title and also we don’t want to take away from the hard work that men have done to build this industry in the first place. 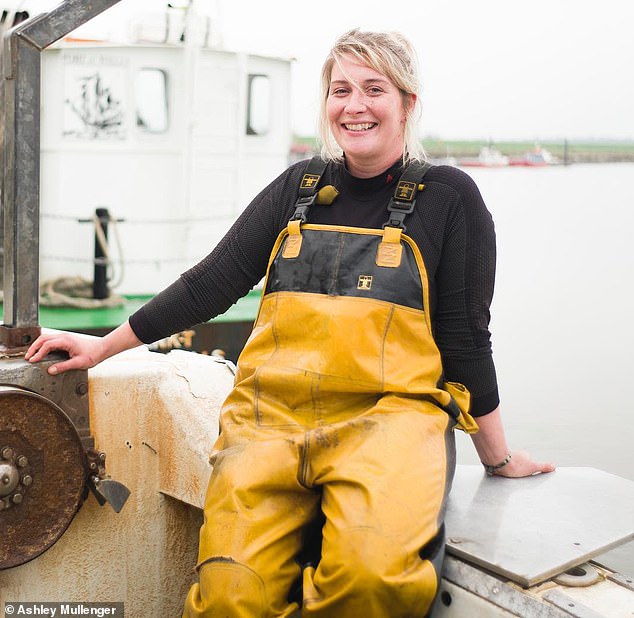 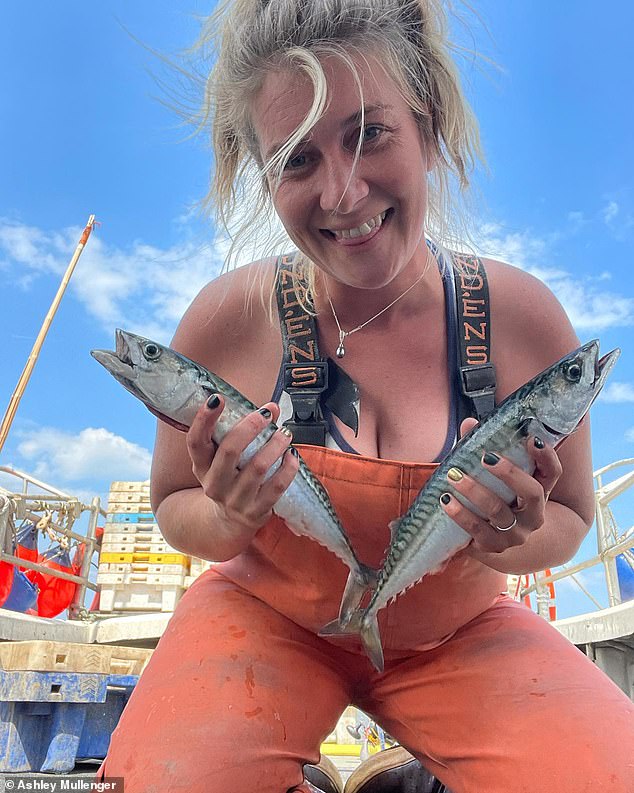 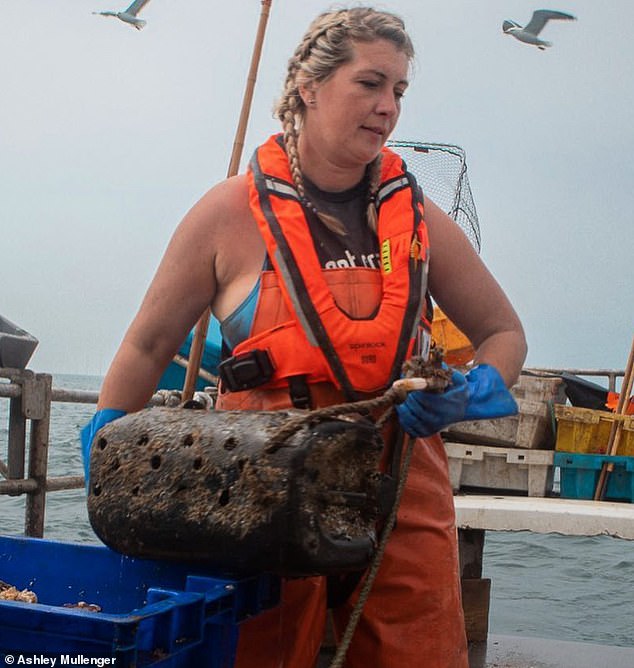 ‘It’s better and healthier to normalise women in this space. We shout about the support and encouragement that we get from the men.’

It comes after the BBC sparked a new ‘woke’ row by using the term ‘fisherpeople’ in a November 2020 news report.

Mrs Mullenger joined the backlash at the time, saying she only knew of six women also doing her job in the UK.

Her stance on the issue is backed by Fishing News, which has said it has no plans to alter its terminology.

It comes after a poll by the publication found skippers want to keep the current terms.

Despite only a small minority of women working in fishing, Mrs Mullenger says she industry is ‘not sexist at all’ and she has seen ‘really positive’ growth since she began in 2018. 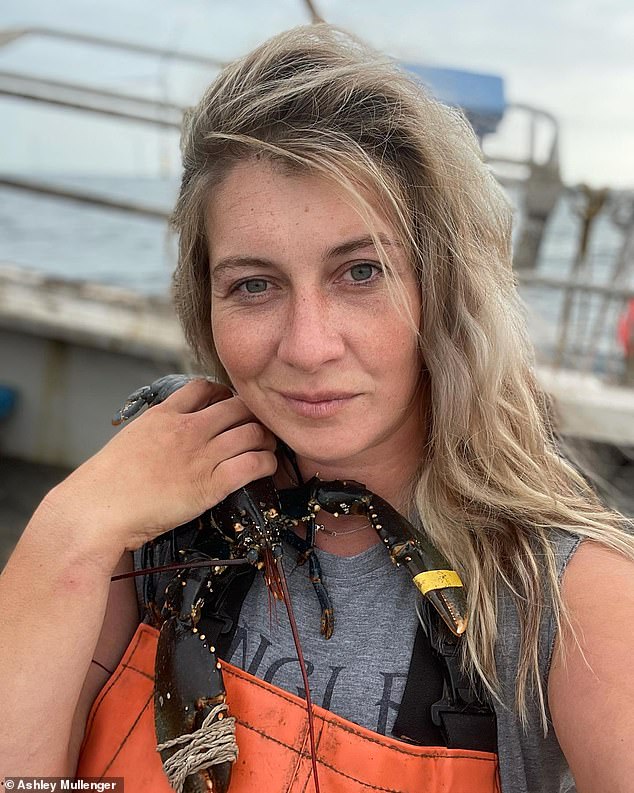 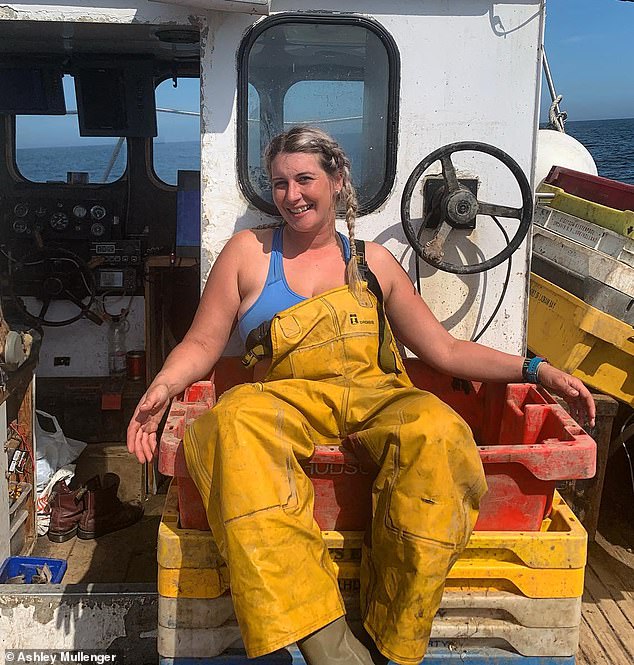 Her stance on the issue is backed by Fishing News, which has said it has no plans to alter its terminology 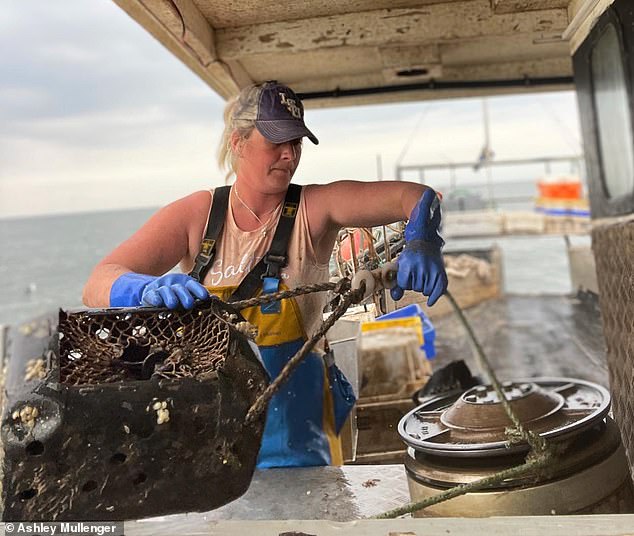 Mrs Mullenger pictured hard at work on her crew’s fishing vessel. She has been commercially fishing off the Norfolk coast since 2018

Reacting to news of her award on Instagram last week, Mrs Mullenger said she was ‘rendered speechless’ to be recognised in an industry ‘dominated by men’.

Her post continued: ‘I will continue to speak up for the fishing industry as long as there is someone to listen… this job can be hard but the rewards are priceless…’