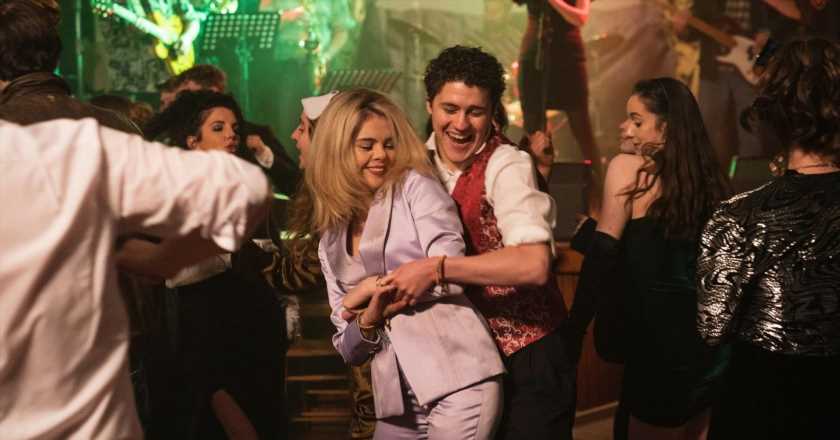 Derry Girls will come to an end tonight with a special episode on Channel 4 – here’s what to expect.

After three brilliant seasons, Derry Girls will finally come to an end tonight with a 45-minute-long special episode on Channel 4. And while we’re sad to see this incredible show come to an end, its final 45 minutes are some of the best Lisa McGee has ever written.

Set one year after season three – in the same week as both Orla and Erin’s 18th birthday party and the Good Friday Agreement referendum – the episode follows Erin, Orla, Michelle, Clare and James as they approach the precipice of adulthood.

While the gang are obviously excited about the party (and plenty of chaos ensues during the planning process), they’re not immune to the pressure of such a big political moment, and the vote inevitably makes its way into their conversations throughout the episode.

It’s here where the episode’s brilliance really shines. Derry Girls is, of course, a comedy first and foremost, but McGee manages to seamlessly blend moments of hilarity with meaningful conversations about the referendum and what it might mean for the group.

In fact, one of the episode’s central storylines revolves around a disagreement between two of the characters about the vote and its consequences – a moment which allows McGee to dig deeper into the characters’ lives and relationships more than ever before.

Speaking about the special episode when it was first announced, McGee spoke about the significance of covering such a monumental part of Northern Irish history.

“We’ll mourn along with the audience”: the cast of Derry Girls on the end of an era

“The special deals with the historic and momentous Good Friday Agreement vote, which coincides with the gang’s coming of age; they enter adulthood just as Northern Ireland embarks on a new future,” she explained.

“I’m so proud of this show and of our incredible cast and crew and everything we’ve achieved over the past five years. What a journey it’s been. I’m so grateful Channel 4 gave me the space to end the stories of these characters that mean so much to me with this special.”

Derry Girls: The Agreement will air on Channel 4 tonight at 9pm, and will be available to stream on All4 afterwards.