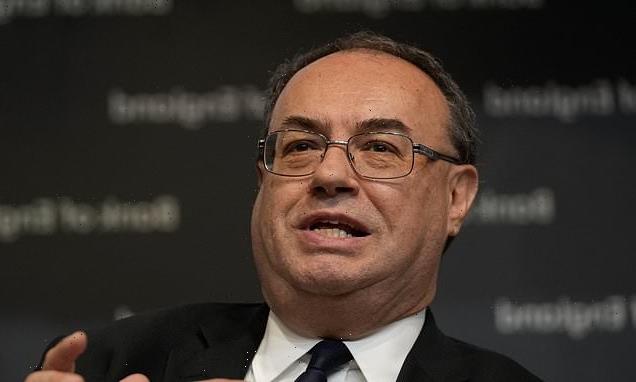 If the Bank of England’s governor, with every bit of financial information at his fingertips, has no answer to the inflation monster, it begs the question: What is the point of him?

After all, Andrew Bailey’s core objective is to keep prices in check. To admit feeling ‘helpless’ in the face of rocketing costs is not only absurd, but deeply irresponsible.

Confidence in the economy is already slipping. The last thing Britain needs is for the man overseeing monetary policy to be sending out distress signals.

And what kind of message does it send out when he allows staff to spend FOUR whole days a week working from home? 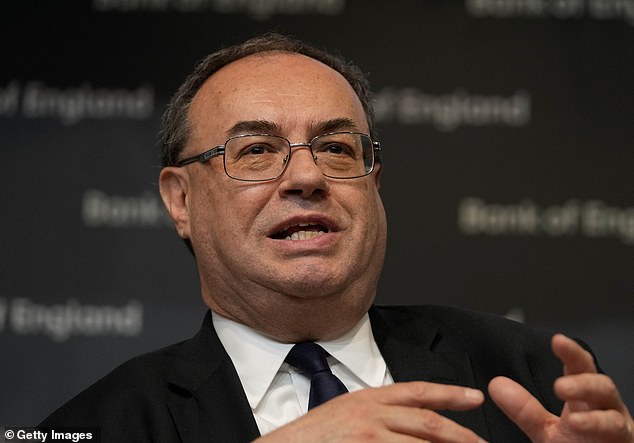 Andrew Bailey’s core objective is to keep prices in check. To admit feeling ‘helpless’ in the face of rocketing costs is not only absurd, but deeply irresponsible

Perhaps that’s why Mr Bailey feels so impotent. In the midst of the most terrifying price spike for a generation, his officials stubbornly refuse to return to their desks.

How will these bubble-wrapped bureaucrats cope next month when they must be in the office twice a week?

Of course, the inflationary surge pummelling families is global (triggered by world economies cranking back into life after Covid lockdowns, then aggravated by Russia’s invasion of Ukraine).

Yet Mr Bailey has been recklessly complacent over the threat. Long after his then chief economist, Andrew Haldane, warned in the Mail that the ‘inflation genie’ had escaped the bottle, he clung to the idea that rocketing prices were ‘transitory’.

Yes, he’s belatedly sought to combat the problem by raising interest rates. He’s also switched off the Bank’s money-printing presses. About time. But the governor has been left with egg on his face.

Sacking Mr Bailey is not a serious option, nor stripping the Bank of its independence.

Because amid the gloom, hope glimmers.

For the first time, Britain has achieved full employment – fewer people out of work than vacancies to fill. Wages are rising too (although as they lag behind inflation, workers feel the pinch in their pockets).

But after a string of missteps, it’s imperative the governor shows he has a firm hand on the tiller – over both inflation and his lazy work-from-home staff.

FOR proof of the fundamental problems with the Northern Ireland protocol, listen to exasperated M&S titan Archie Norman.

Worse, Brussels’ belligerent attitude to the post-Brexit trade deal means Unionists fear they are being shoe-horned out of the UK. As a result, the DUP have shunned power-sharing arrangements, jeopardising the fragile peace.

These are common-sense, uncontroversial steps, including giving firms sending goods to Northern Ireland, not the Republic, ‘trusted trader’ status to avoid checks.

But, true to form, the petulant EU refuses to negotiate. Instead, it has threatened a trade war. While treating Britain as a foe over chilled meats, it offers succour to Russia despite its criminal war of aggression.

If the EU is unwilling to show good faith, pragmatism and flexibility towards solving a problem that is poisoning Northern Ireland, Britain must sort out the mess alone.

n WELL, well… two wonderful surprises. First, our radiant Queen made an impromptu appearance to open the new Elizabeth Line in London, putting a spring in the nation’s step. And the second? Even though the railway was three years late and £5billion over budget (not a huge shock), Britain can still build breath-taking, glorious infrastructure projects.