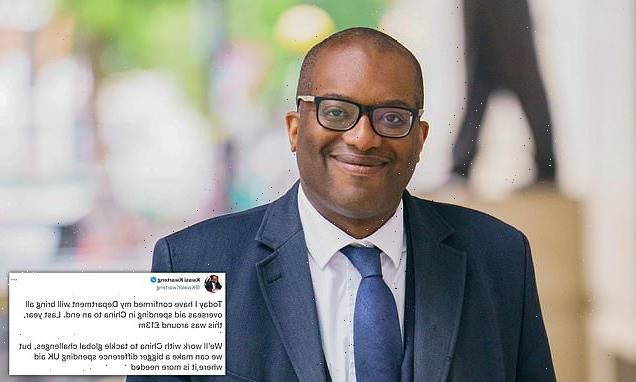 The UK’s £13million aid for ‘research and innovation’ in China will end this year, it was announced today.

The Business Department said bilateral Official Development Assistance (ODA) for the world’s second-largest economy will cease by next spring.

Kwasi Kwarteng said the shift would help focus aid spending on areas where it can make a ‘bigger difference’.

However, the department will continue to fund ‘technical assistance’ for China on climate change.

Other parts of government have also yet to stop using aid money on Beijing, which totalled around £64.1million in 2020.

Mr Kwarteng tweeted: ‘We’ll work with China to tackle global challenges, but we can make a bigger difference spending UK aid where it is more needed.’ 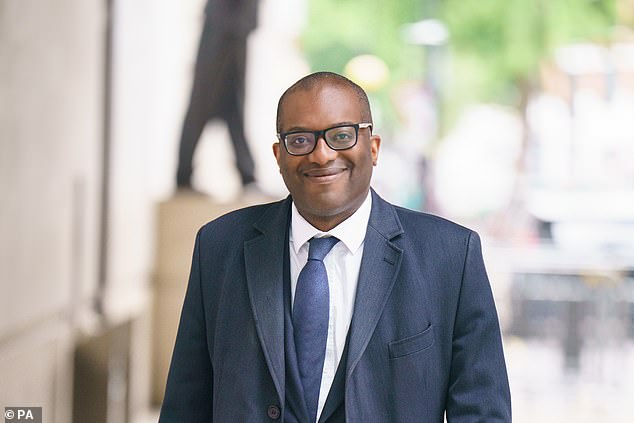 Business minister George Freeman told MPs in a written statement today it was ‘important that we continue to work with China’ on issues such as climate change and anti-microbial resistance.

‘However, BEIS is bringing its bilateral Official Development Assistance (ODA) funding in China to an end,’ he said.

‘BEIS will not be using ODA funding to support research and innovation partnerships with China as we have previously done through ODA vehicles, such as the Newton Fund and Global Challenges Research Fund.

‘Existing ODA-funded activity with China through these will finish by the end of FY 22/23.’

Aides said the ODA was mostly on partnerships between Chinese and British scientists to work on climate and R&D for the developing world.

Mr Freeman added that in future ‘technical assistance to China on climate change issues will be smaller in scale and use non-Official Development Assistance sources’.

Officials said that was worth under £100,000 a year and would help ‘promote British businesses in the energy sectors in the Chinese market’.

The government cut overall aid spending from 0.7 per cent of GNI to 0.5 per cent during the pandemic, although they have promised it will be restored later.

A new strategy published by Foreign Secretary Liz Truss vowed to reduce the amount of foreign aid cash being spent through international organisations.

In a shift in approach, there will instead be a greater focus on spending British taxpayers’ money on bilateral agreements between the UK and other countries.

The proposals also promise ‘to challenge dependency on malign actors, offering choice and bringing more countries into the orbit of free-market economies’. 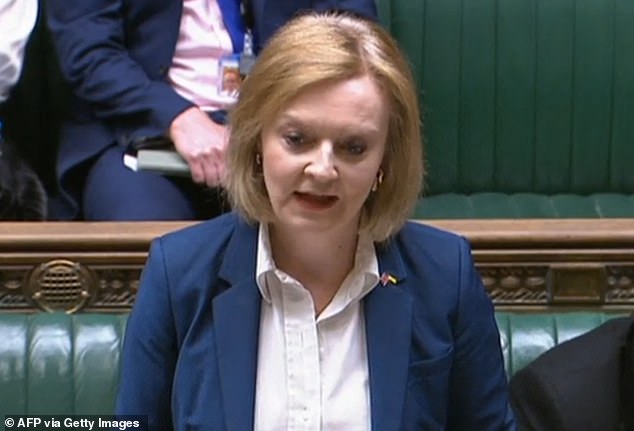 This is understood to be partly aimed at Chinese President Xi Jinping’s ‘Belt and Road’ initiative, which has been branded ‘debt trap diplomacy’ by critics.

Beijing has been accused of pursuing a manipulative global strategy by funding major infrastructure projects in developing nations – such as Sri Lanka – with unsustainable loans.

China is then claimed to use that debt to gain leverage over those countries’ governments.

The Foreign Office said the new strategy will see ‘honest and reliable finance’ provided to low and middle-income countries.

This will allow them to ‘take control of their futures, giving them an alternative so they are not burdened with unsustainable debt with strings attached’.