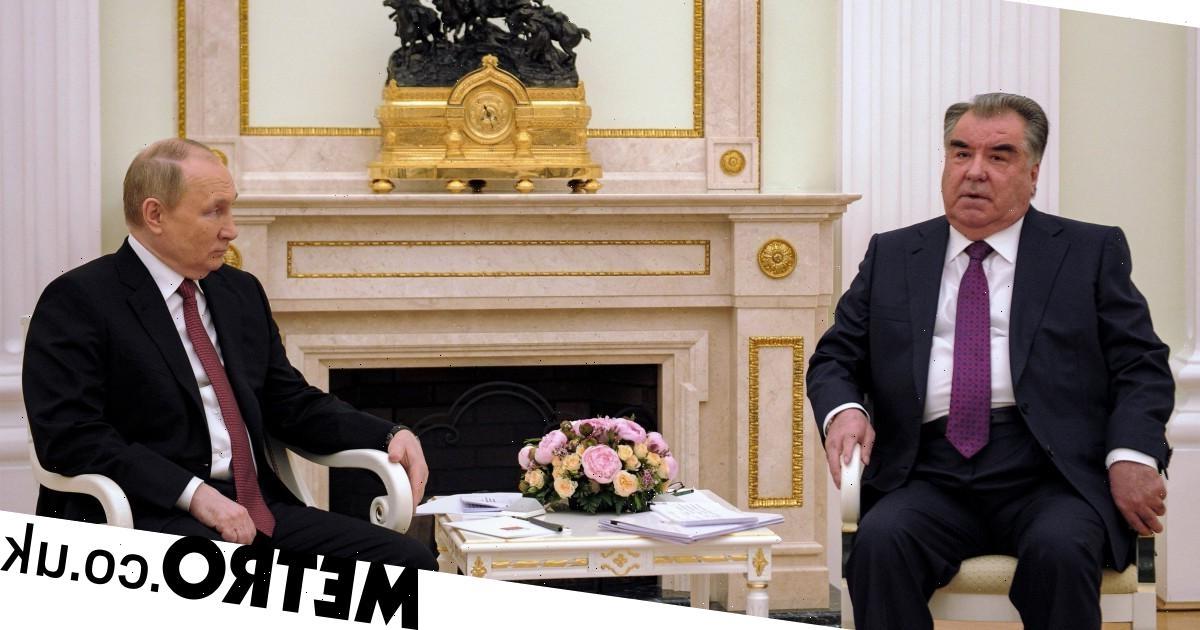 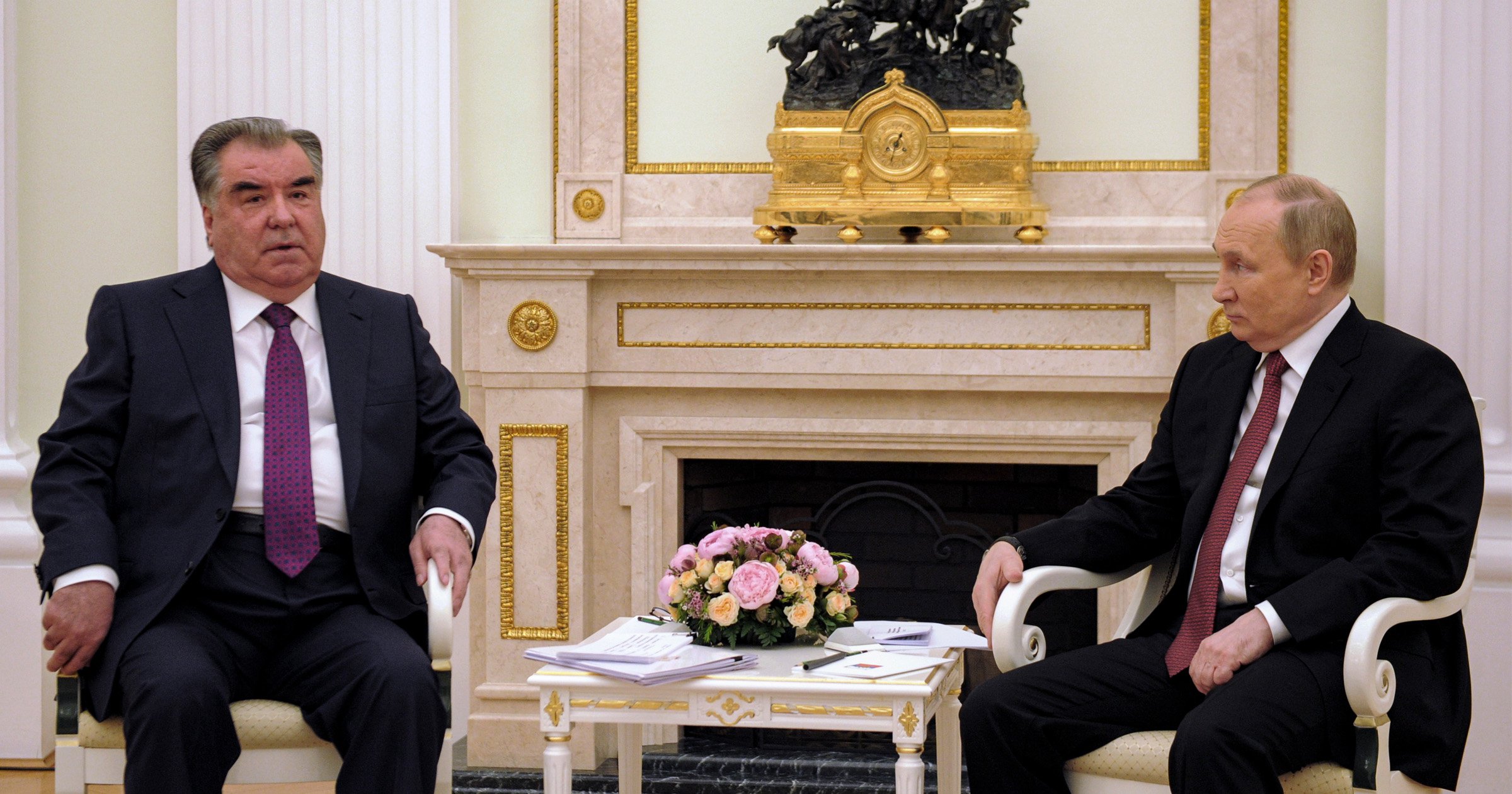 New footage of Vladimir Putin constantly fidgeting during a meeting has fueled rumours he is hiding a serious health condition.

In a recorded meeting with Emomali Rahmon, the president of Tajikistan, the 69-year-old Russian leader appears slouched and struggles to sit still.

The conversation between the two allies took place in Moscow and was filmed and broadcast on Russian TV.

In the clip, Putin can be seen constantly tapping his foot while holding onto the arm of his chair with his right hand.

He keeps his left hand in his lap as he moves his feet restlessly during the conversation.

There has been fierce speculation over Putin’s health since the start of the war in Ukraine.

It has been suggested the president is undergoing treatment for thyroid and abdominal cancer, Parkinson’s disease or may be suffering from a serious mental health problem.

The Kremlin insists Putin is healthy, but footage and photos showing him looking puffy, restless and appearing to hold onto a table during meetings have only added to the speculation.

Now, an oncologist has alleged Putin may be suffering from ‘chemo brain’, a cancer-related cognitive impairment brought on by treatment.

Speaking to the Mirror, the oncologist said chemotherapy can affect people’s cognitive abilities in different ways.

‘For some it’s simply knocking into things, being a bit clumsier and forgetting names, places and faces,’ they said.

‘But in others, it can seriously affect executive functions, like making plans for the future, multi-tasking and thinking about the consequences before doing something major.’

The unnamed medic said Putin’s puffy appearance may be the result of steroid treatments or other drugs used to treat cancer.

While his apparent attempt to balance by holding onto chairs and losing focus in recent appearances were also both symptoms of ‘chemo brain’.

The latest footage of Putin comes amid reports he is due to disappear any day to undergo cancer surgery.

The Russian president has allegedly already delayed the operation which was scheduled for the second half of April.

But his doctors have insisted on it happening ‘in the near future’ as ‘the course of the disease is progressing’, according to the Telegram channel General SVR, which claims to have a well-placed source in Moscow.

The popular anti-Kremlin social media channel claims ‘Putin lookalikes’ will keep up appearances for the president while he is absent.

It is claimed canned footage has been made of Putin’s meetings and signing of decrees in a ‘cover-up’ to make it seem as if he is working.

‘The president’s movements, if necessary, will be imitated by one of the two lookalikes,’ the post read.

‘The possibility of a lookalike walking in public has been prepared. Everything is basically ready.’