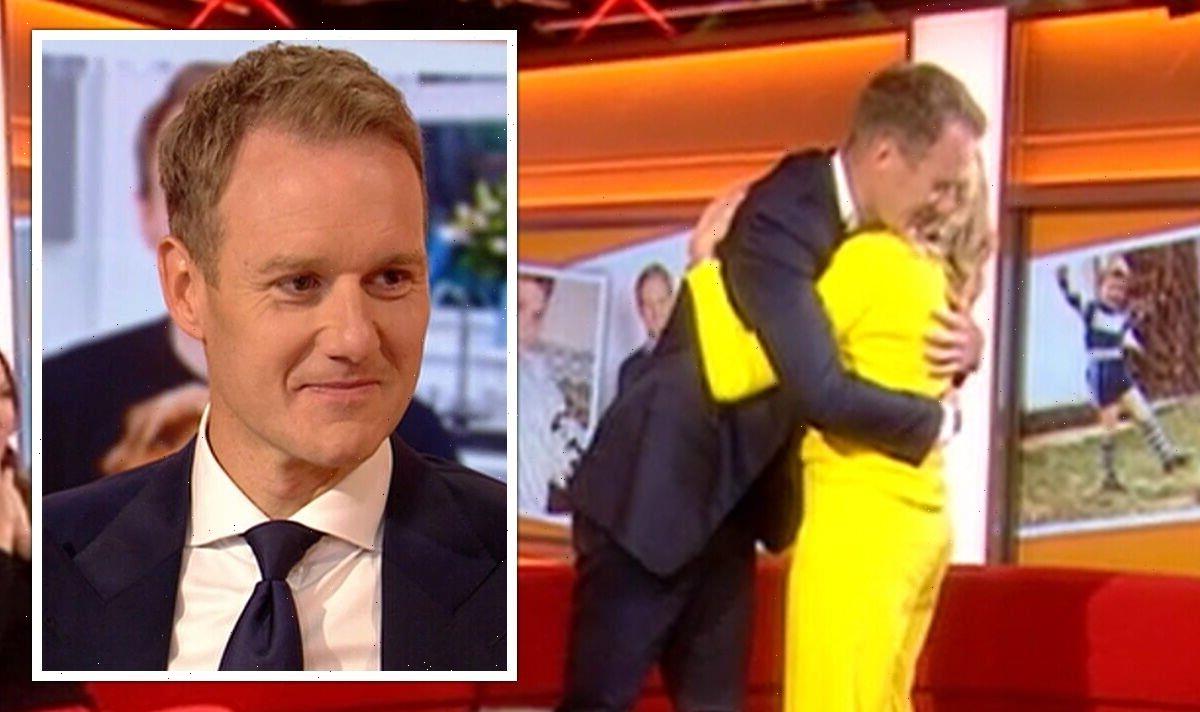 Dan Walker announced in April he would be leaving his presenting position on BBC Breakfast to join Channel 5. He has been waking up the nation since 2016 and has sat alongside Louise Minchin, Naga Munchetty and Sally Nugent on the red couch to give the latest updates on the world news. On Tuesday, Dan presented his last show for the BBC and was surprised by former co-presenter Louise Minchin.

As she walked into the BBC Breakfast studio, Louise and Dan broke the “rule of a lifetime” as they hugged.

With a beaming smile, Sally expressed: “There were a couple of surprises in there that you didn’t know about.

“There is one very special person, though, that you have shared this sofa with more than anyone else over the last few years.

“And she is here, morning, Louise Minchin, here she is!”

Louise ran out from behind the camera and asked Dan: “Are we going to break the rule of a lifetime?” before embracing him in a hug.