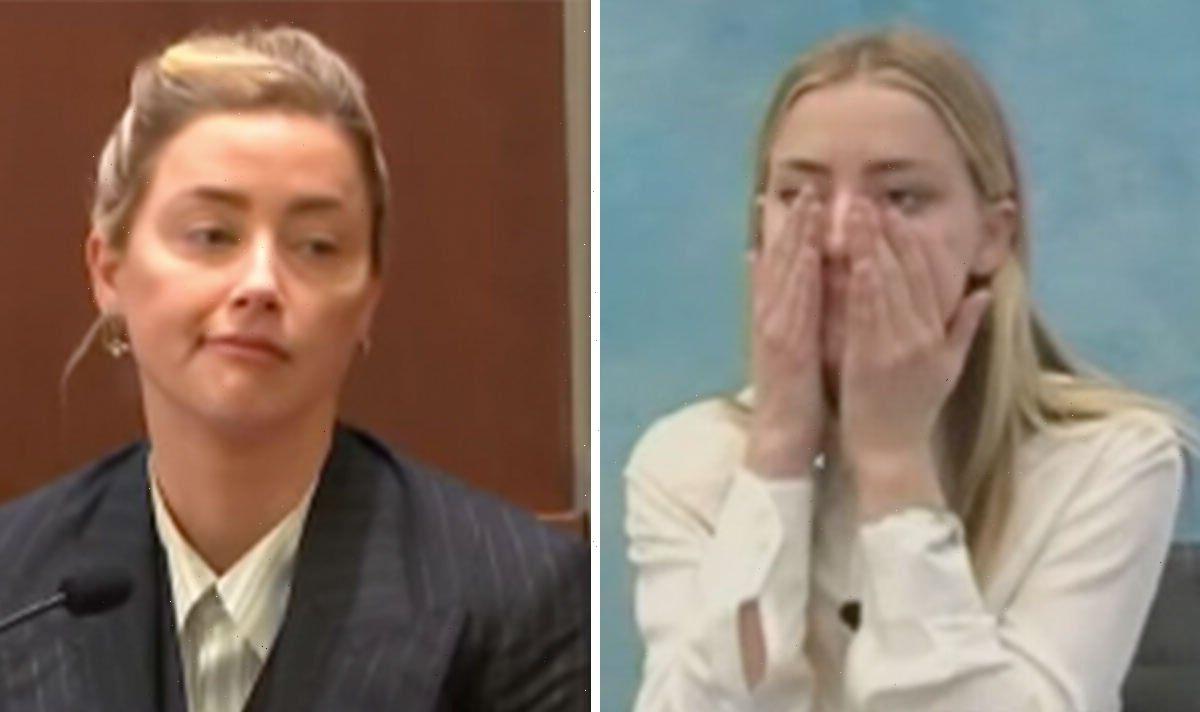 Amber Heard was accused of “slipping up” during a 2016 court testimony, as a clip of her deposition was played in court amid the ongoing defamation trial. In the clip, the actress said TMZ had been alerted about her divorce from Johnny Depp and her filing for a domestic violence restraining order against him, before covering her face and mouth with her hands.

During cross-examination, Johnny’s lawyer accused Amber of “slipping up” and admitting to alerting TMZ she had filed for divorce from him and for a domestic violence restraining order, despite insisting she never courted press attention.

In the 2016 clip, Amber also smiles and rolls her eyes as she is asked whether she hit ex-husband Johnny.

She says: “I wanted to tell Johnny or have him told by Jerry [Judge, Johnny’s former bodyguard] or someone who knew him or was close to him.

“Basically, I didn’t want him to find out online I had or was about to file or had already filed for divorce.

“I wanted him to know verbally. I was trying to reach him through a third party to tell him… So that he finds out about the divorce filing from some other source other than TMZ, which was alerted.”

Amber then quickly stops speaking and covers her mouth with her hands.

As the clip finished, Vasquez asked Amber in court today: “You slipped up there, didn’t you, Miss Heard?

“You let it slip out that TMZ had been alerted to your filing of the domestic violence restraining order, didnt you?”

Amber replied: “I disagree, that’s not what I meant.”

Vasquez then asked Amber why TMZ owned the copyright to a video of Johnny slamming cabinet doors in their kitchen, asking if she sold the publication the video.

Vasquez also asked Amber if she thought hitting Johnny was funny, as the actress agreed she was laughing and rolling her eyes in the 2016 deposition.

But, she maintained, it was only because she was responding to Johnny’s lawyers who were in the room “snickering and laughing”.

Vasquez asked: “Is there something amusing about kicking a door into your husband’s head?”

“No, I was rolling my eyes and commenting on what I was experiencing at that time in recounting the story,” responded Amber.

“Is there something amusing about punching your husband in the jaw?” asked Vasquez.

Amber replied that she did not think there was anything amusing about it.