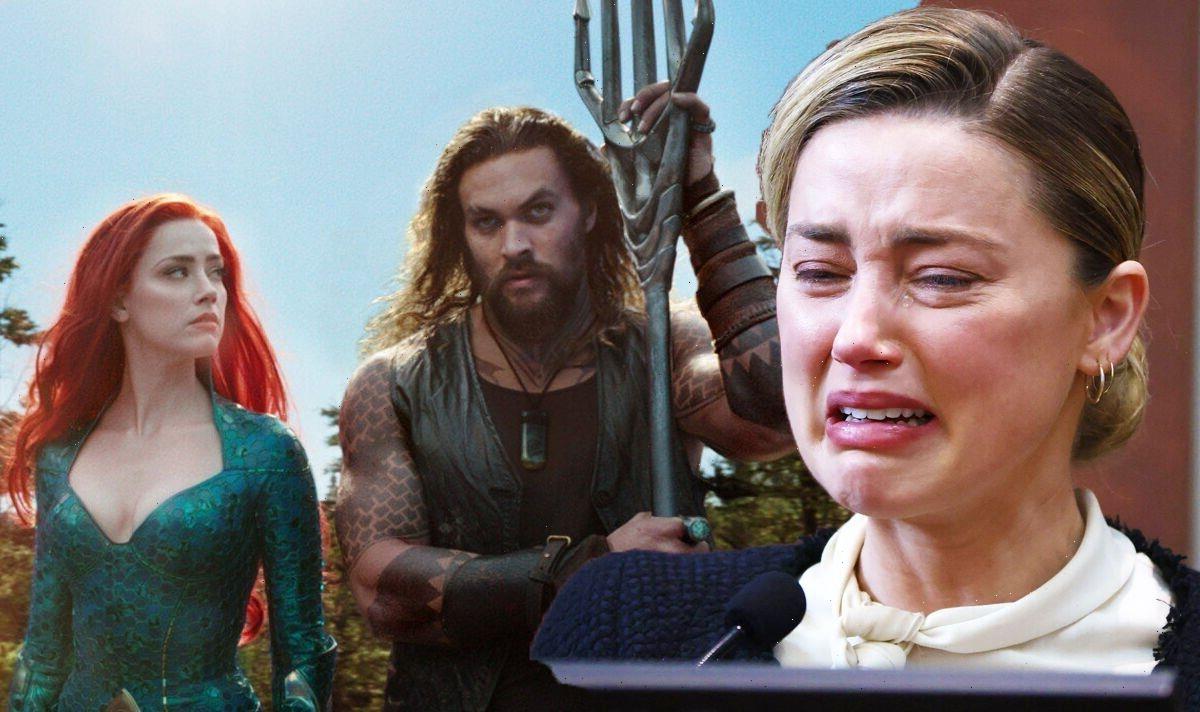 Aquaman goes on epic search for trident in new trailer

Johnny Depp and Amber Heard are still battling it out over a $50 million libel case in court. The case has been ongoing for a month with both parties claiming loss of acting work and damages from events during their relationship.

Depp previously revealed he believed Disney axed his spot in Pirates of the Caribbean after Heard’s op-ed piece about domestic violence.

And Heard has now countered by saying she has lost a significant chunk of her screen time on the upcoming Aquaman sequel.

Heard plays Mera, the love interest of Momoa’s Arthur Curry in the DC Comics series. Aquaman 2 – Aquaman and the Lost Kingdom – is due out in March 2023, and will see the return of both the titular hero as well as Heard’s queen of the seven seas.

But the American actress has confirmed some of her scenes had been “taken away”. She alluded to this being a result of her public relationship issues with Depp.

She said in court: “I fought really hard to stay in the movie. They didn’t want to include me in the film.” The 36-year-old confirmed that she did film “a very pared-down version of that role”.

Heard’s reported removal from the film is very surprising considering she was a prominent figure in the franchise’s first film. After making her debut in Justice League, Mera helped Arthur become the new king of the seven seas, while also helping him figure out the mystery of the magical trident (or something like that).

The fact that her character has been pushed aside in Aquaman 2 says a lot for her character – especially considering Mera’s comic book origins are steeped in history.

Heard was then quizzed over what exactly was changed in Aquaman 2.

Heard replied: “I was given a script. Then given new versions of the script that had taken away scenes that had action in it, that depicted my character and another character, without giving any spoilers away.”

She clarified: “Two characters fighting with one another. They basically took a bunch out of my role. They just removed a bunch.”

Heard’s comments line up with a leak about the film that was reported earlier this year. Noted scooper Grace Randolph recently claimed Heard’s part in Aquaman 2 had been dramatically reduced.

Randolph said: “I hear #AmberHeard has less than 10 mins of screentime in #Aquaman2.” (sic)

The leaker’s news followed the creation of an online petition which called for Heard to be removed from the upcoming comic book movie. At the time of writing, the petition has garnered a staggering 4.5 million signatures, becoming one of the biggest petitions on Change.org.

Meanwhile, a petition in favour of Johnny Depp has also gained a lot of attention in recent weeks.

The petition “We want JOHNNY DEPP back as CAPTAIN JACK SPARROW” recently crossed the 800,000 mark on Change.org.

Fans of the Disney franchise are calling on the House of Mouse to bring the American actor back to the series after he was axed from his role of Captain Jack Sparrow.

However, hope is thin at the moment, as a new comment from Jerry Bruckheimer confirmed Margot Robbie is in talks for the next movie. He said: “Yes. We’re talking to Margot Robbie. We are developing two Pirates scripts — one with her, one without.”

Could this other script have Jack Sparrow back once again?

Aquaman is available to rent on Amazon Prime Video.

The Pirates of the Caribbean franchise is available on Disney Plus now.