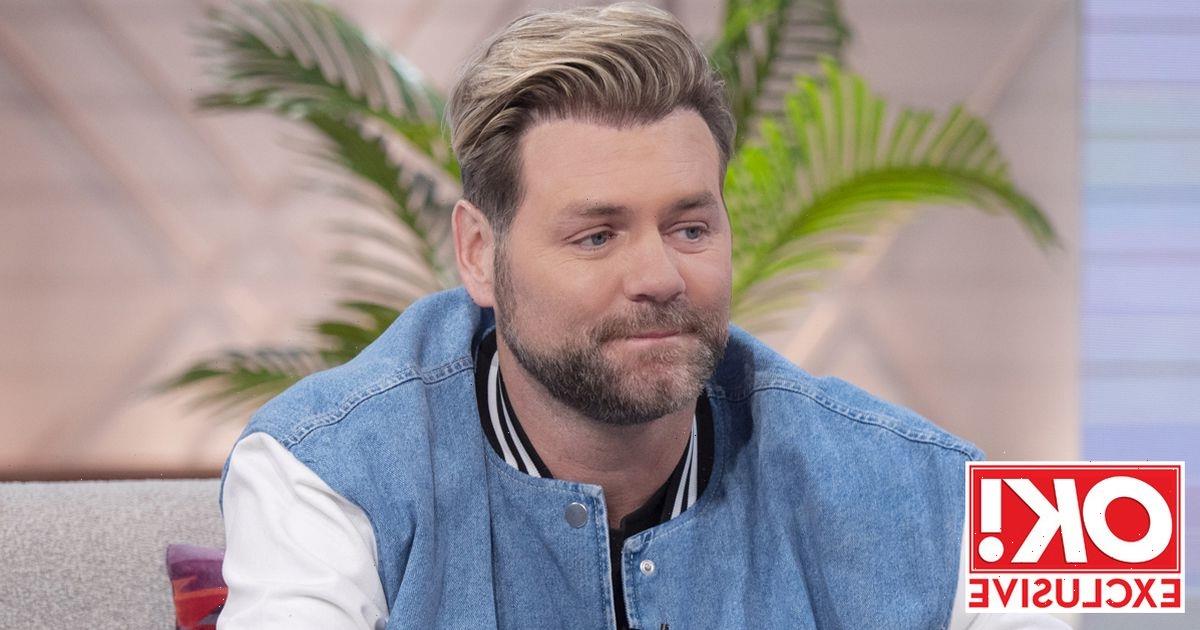 Brian McFadden’s youngest childRubyturned one on 9 May and the former Westlife star showed his Instagram followers how he and his family celebrated the youngster's birthday in style with a string of snaps.

Taking to social media, 42 year old Brian’s 308,000 fans were given a sneak into the birthday party that took place on Sunday. Also at the bash were the daughters he shares with ex-wifeKerry Katona – Molly, 20, and Lily-Sue, 19.

Brian was ever the proud dad as he donned a cream shirt and trousers while Ruby looked adorable in a white and floral printed dress.

His fiancée Danielle Parkinson showed off her figure in a sparkly black dress and heels.

Brian'stwo eldest daughters, who posted gushing messages about their little sister on Instagram, were all smiles during the bash.

Molly donned a blue blazer and sunglasses while Lily-Sue sported a black and floral embroidered dress as they posed for pictures.

The party was a pink dream with a flower wall and plenty of pink balloons creating an arch that Brian showed off in his pictures.

Ruby’s cake followed an outdoor theme with grass, the sky and clouds dotted around it. Her grandparents blew out a caterpillar cake which Danielle had placed four candles on.

To mark Ruby’s birthday, Brian posted a tribute on Instagram, which read: “1 year ago today our little miracle arrived. I can’t believe how she’s grown so fast from a little nugget to our little ball of fun who makes waking up in the morning something to look forward to just to see her little face. Happy birthday Ruby jean. Xxxxxxxxxx."

Danielle laos posted a video of Ruby at different points over the last year, with the caption: “Happy Birthday to our beautiful Ruby. You’re the most perfect little girl & we love you so so much.”

Molly posted a series of pictures of Ruby, including one of her holding a large wine glass, writing: “Happy 1st birthday Ruby!! can’t believe its already been a year! delighted to see your gonna take after your big sis (swipe to the end) love you Scoob.” Lily-Sue’s message for her baby sister was equally as sweet.

“Happy 1st birthday to this angel can’t believe you’re one already… props to the sucker punch I got from you that time," she said.

In March, in an Interview with OK!, Brian gushed over his baby daughter: “She’s brilliant. She’s sleeping right through, waking up after me! She’s still very young. We balance our life very well. We make sure our home life does come first.

“We still love what we do, but it will never trump the time we spend with our families. It’s not like we’re gone for six months any more.”

He also spoke about his upcoming nuptials to Danielle, who he got engaged to in 2019 after three years of dating.

“We planned to get married in South Africa this January, but it went back into the red zone [restricting travel during the pandemic]," he said.

“We’ve put a hold on it until everything gets back to normal.

“It was getting a bit stressful so we said, ‘We have a baby at the moment so we’ll concentrate on her and then when things have settled down we’ll go for it’.”

For more celebrity updates, sign up to our daily OK! newsletter.