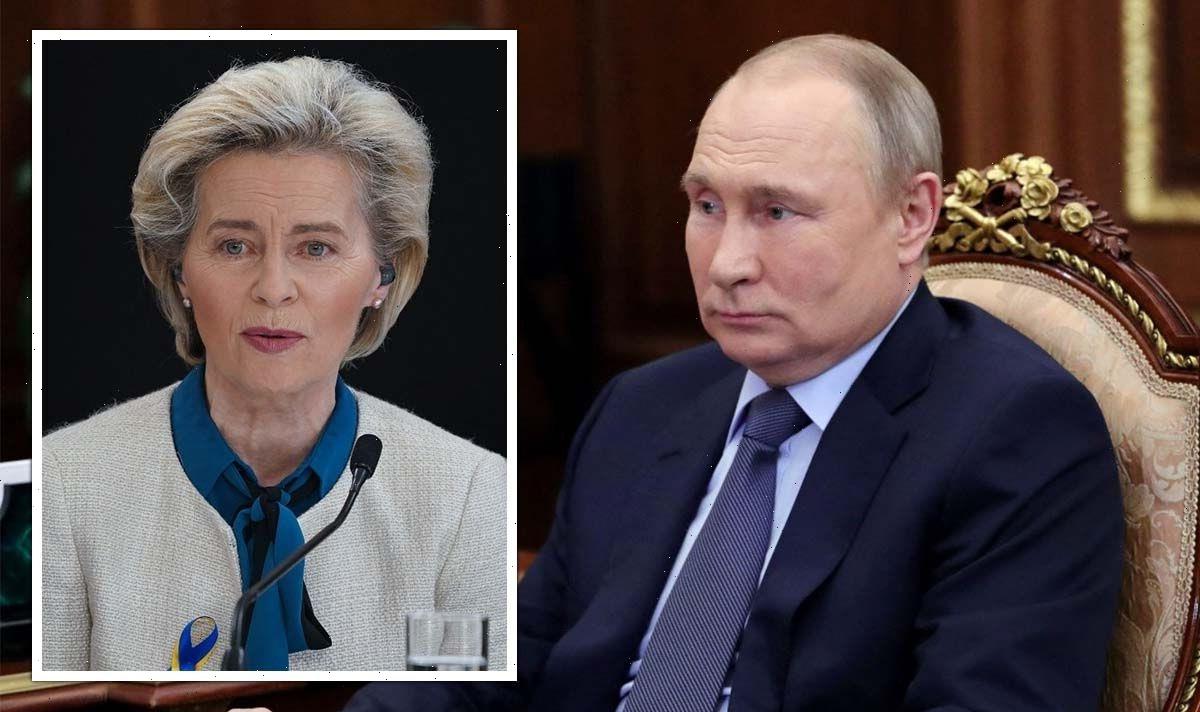 The bloc has offered companies a way to pay for Russian gas without breaching any European sanctions, while also satisfying the Russian President’s demand for payment in rubles. Last month, Putin warned that unless European nations open up ruble accounts in Russian banks, Moscow will terminate its gas contracts. This is an attempt by the Kremlin to boost Russia’s economy after Western sanctions hit the country hard.

While the bloc initially refused to pay for Russian gas in rubles, the EU Commission seems to have caved to Putin’s threat, as the fuel-starved continent relies on Moscow for 40 percent of its energy needs.

The Commission was under pressure to find a solution, as most payment deadlines are due by the end of the month.

Russia had demanded that companies accept a new transaction scheme that would involve opening two accounts at Gazprombank, one in euros or dollars and another in rubles.

Under the bloc’s new plans on gas payments, companies need to make a clear statement that they consider their obligations fulfilled once they pay in euros or dollars, in line with existing contracts, according to Bloomberg.

The Commission has also reassured governments that the sanctions will not prevent European companies will from opening an account at Gazprombank and purchase Russian gas.

For weeks, European companies have been scrambling to find a way satisfy Putin’s demand without violating EU sanctions on Gazprombank.

In a speech on March 31, the Russian leader said that “unfriendly” countries could no longer pay for energy in euros or dollars, but rather in rubles.

He added: “Nobody sells us anything for free, and we are not going to do charity either – that is, existing contracts will be stopped.”

Initially, the bloc rejected Putin’s plan, saying that the new payment mechanism would give Putin complete control over the process, breached contracts, and would also be a violation of EU sanctions.

At the time, Berlin, which relies on Russia for up to 55 percent of its gas, insisted that it would not be “blackmailed by Putin”.

In a private meeting on Friday, the Commission reportedly told EU states that companies would not be in violation of sanctions if they open an account in euros or dollars at Gazprombank as ordered by the Kremlin.

The bloc is also mulling setting a price cap on Russian energy, leveraging the bloc’s massive market influence to stop the costs of wholesale gas from skyrocketing.

The spokesman told reporters: “Kwasi Kwarteng (the Business Minister), working with his counterparts, have made clear that they won’t be paying in rubles.