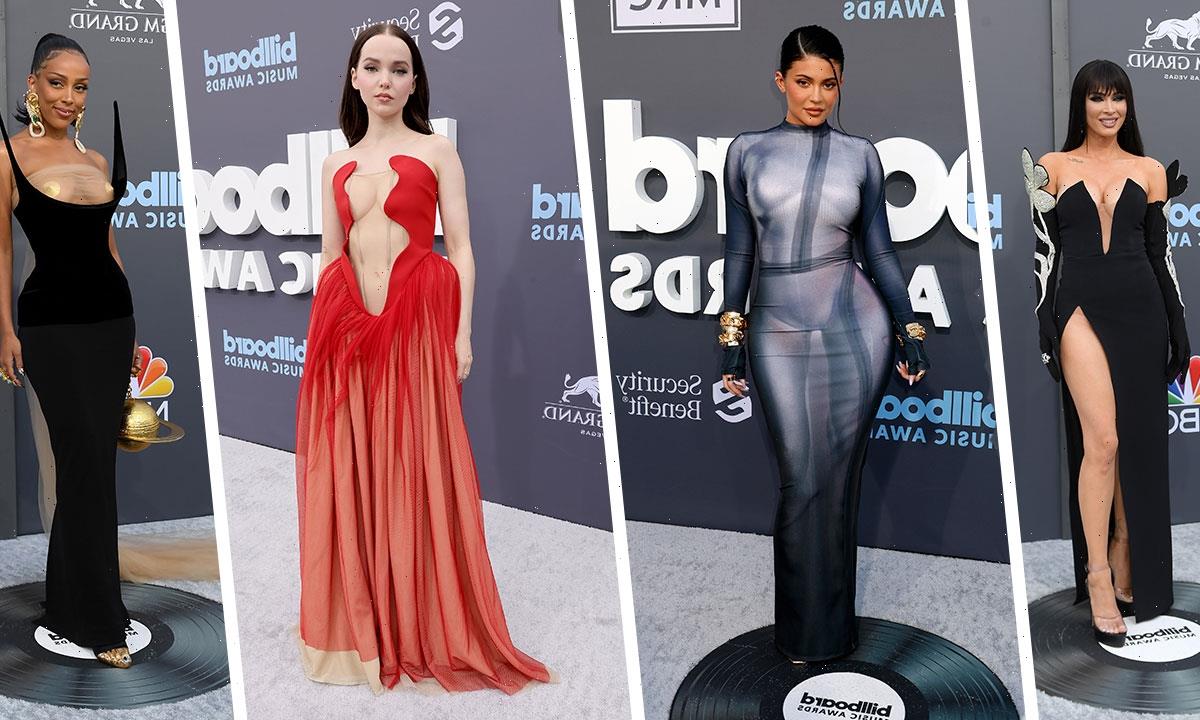 The biggest names in music flocked to the MGM Grand Garden Arena in Las Vegas on Sunday for the 2022 Billboard Music Awards – and they brought some serious style with them.

Hosted by Sean 'Diddy' Combs, the annual awards ceremony did not disappoint when it came to the red carpet, with the likes of Megan Fox and Machine Gun Kelly, Kylie Jenner, and Megan Thee Stallion making us swoon with their show-stopping outfits.

From classic black to the colors of the rainbow, the A-list gave us it all! With dreamy dresses and twists on the classics, take a look at some of the best-dressed celebrities at the Billboard Music Awards below…

Kylie Jenner put in an appearance to support partner Travis Scott – and she looked sensational in her curve-hugging, tie-dye-style Balmain gown. The couple were even joined by their daughter, Stormi.

Megan Fox and her fiance Machine Gun Kelly brought some edge to the red carpet. Megan looked stunning in a deep-plunge, figure-hugging David Koma gown with a daring thigh-split, built-in gloves, and rhinestone flowers at the shoulders. Machine Gun Kelly, meanwhile, added some glitz to his Dolce & Gabbana suit, adorned with elaborate spikes, with a sparkling silver turtleneck embroidered with Swarovski crystals, and a $30k diamond manicure.

Florence + the Machine frontwoman Florence Welch made a welcomed return to the red carpet in this ethereal beaded purple Gucci frock paired with black lace tights.

Rapper Doja Cat made a statement in this eye-catching Schiaparelli FW22 Couture black dress that exposed her chest.

Singer and actress Dove Cameron made a head-turning appearance in this bold red, pleated gown by Ashlyn.

Becky G brought the glam in this stunning lilac beaded cocktail dress with a single feathered sleeve from Zuhair Murad.

Elle King kept it classic and chic in her black, figure-hugging dress.

Singer Chloe Bailey poured herself into this black faux-leather, floor-length dress by Valdrin Shahiti that featured cut-out detailing across the stomach and waist.

Heidi Klum made a statement in this bright yellow, Toni Maticevski strapless dress with an off-center slit, which she teamed with black thigh-high boots and opera gloves.

Michael Buble mirrored his wife Luisana Lopilato in a classic navy suit with a black shirt and tie. Luisana looked gorgeous in a metallic blue dress with a feathered hem that made her baby bump pop.

Rapper Latto opted for classic black with an elegant twist in this figure-hugging Zigman gown with an extended train.