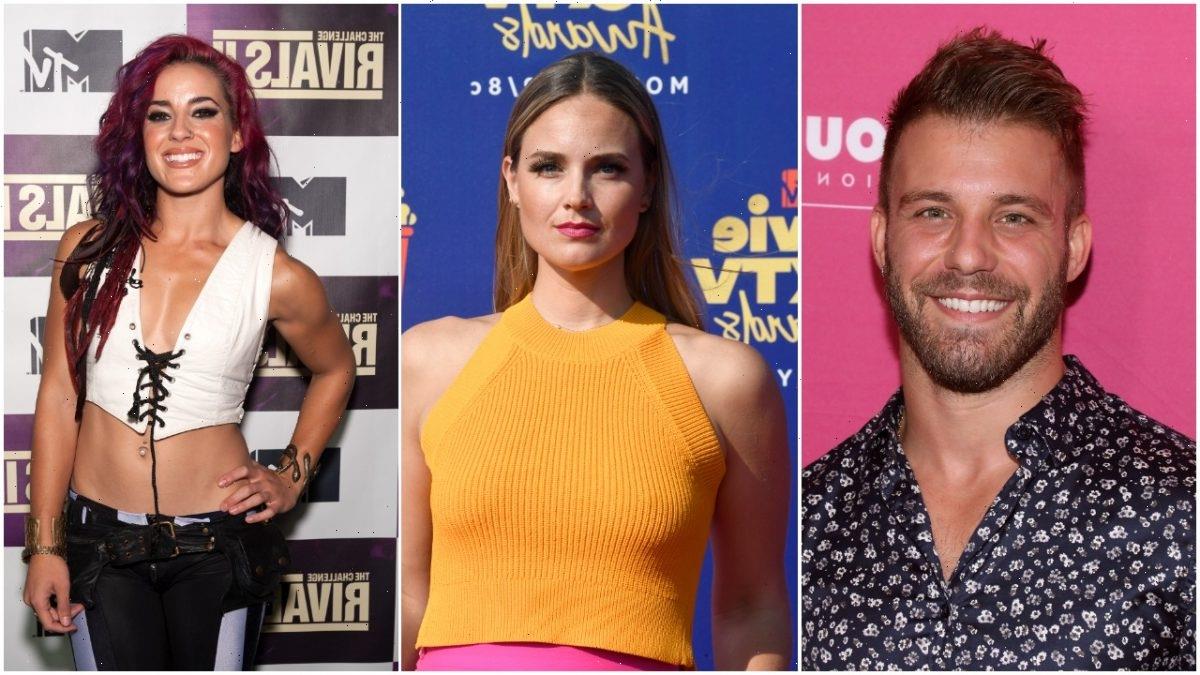 The Challenge champ Laurel Stucky commented on a picture of two-time finalist Paulie Calafiore gassed out during a final, unknowingly sparking a war of words with him. Following their exchange, she clarified that she has “no beef” with his girlfriend and her rival-turned-teammate, Cara Maria Sorbello.

A few days later, Laurel claimed she was still receiving mentions about the situation and would like to move on. In a video uploaded to her Instagram story, she insisted she had “no beef” with former teammate and rival Cara Maria Sorbello.

According to Laurel, they most recently spoke in 2019 during the War of the Worlds 2 reunion and last told Cara Maria that she would continue to support her. The reality star also noted that when debating the best competitor, it’s unfair to “discredit” another’s “hard work” because both players are “champions.”

She then directly responded to Paulie, adding that she didn’t realize laughing at the event would bother anyone. “I guess that sucks when you die in a final,” she claimed. The reality star then stated she wouldn’t continue in the back-and-forth, closing with, “fools need no response. They embarrass themselves.”

The Challenge alum Theo Campbell posted pictures to his Instagram feed from the War of the Worlds seasons (33 and 34), “reminiscing” about his experience.

One of the photos included Paulie lying exhausted on the ground when he infamously gassed out during the War of the Worlds 2 final.

In her comment underneath the May 8 post, Laurel pointed out the picture, writing, “lol, the anchor pic.” Paulie saw her reply and called her out for being “bitter” over her early “embarrassing exit.”

However, Laurel noted her response came from him talking “so much on the internet” without being able to complete a final.

He then claimed the Free Agents champ “has a weird obsession” with Challenge champ Cara Maria Sorbello and thinks Laurel “wishes” she had the accolades his girlfriend has in the show.

The former winner replied that she believes Paulie is the one jealous of current cast members. She also ended her last public response to him by claiming she thinks he’s stirring the pot in an attempt to return to the reality TV show.

“Your desperation to be cast is not a good look on you,” Laurel wrote. Paulie continued and accused her of attempting to get him “banned” after War of the Worlds 2, which is the last season the Big Brother star has appeared in to date.

Additionally, he claimed she “instigated” the back-and-forth because he “took Theo’s post as a joke.” The Challenge: All Stars 3 airs Wednesdays on Paramount+.