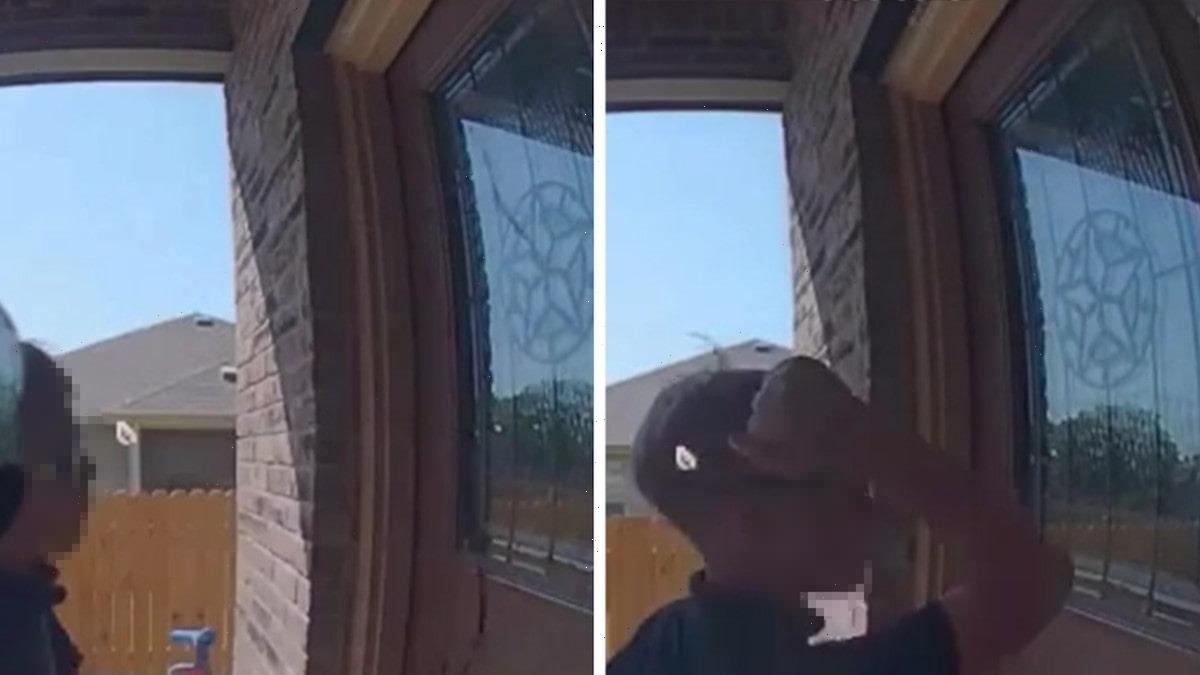 A little white boy came storming over to the home of a Black family in Texas with a whip in hand and a beating in mind, it seems, and the whole thing was captured on video.

This is wild … the Ring footage was taken from the front porch of Dee and Carissa Nash‘s home in Dallas, and it shows what they claim is a neighbor’s kid from nearby coming over in a fury, allegedly in search of their 9-year-old daughter — and making his presence known.

As you can see … the young boy, who can’t be more than 7 or 8 himself, bangs on the front door with his free hand — and then takes some cracks at it with his whipping hand.

Carissa then opens the door and chastises the boy, telling him to get off her property and threatening to call the police. It appears the kid scrams after that. Sadly, the confrontation wasn’t over just yet — further video shows them facing off with the boy’s purported father.

Dee handles this chat, and right off the bat … it ain’t pretty. The man is denying culpability and demanding to see evidence — according to the Nashes, this boy allegedly scratched their car after Carissa told him to beat it — and both Nash parents offer to show him.

However, it doesn’t appear the guy’s truly interested … he tells ’em to get off his property and makes a big fuss about a plant that Dee may or may not have been stepping on.

The Nashes also claim the man who answered the door had a gun on him, and that he seemed poised to use it. According to reports, the police were in fact called over this — and this guy was apparently arrested and booked on charges of deadly conduct.

The father has been named in some outlets, and we’ve confirmed a man by that name was arrested Friday/bonded out … but the details are still hazy, and it’s unclear if it’s the guy depicted here. Kaufman County Sheriff’s Office refused to release more info until Monday.