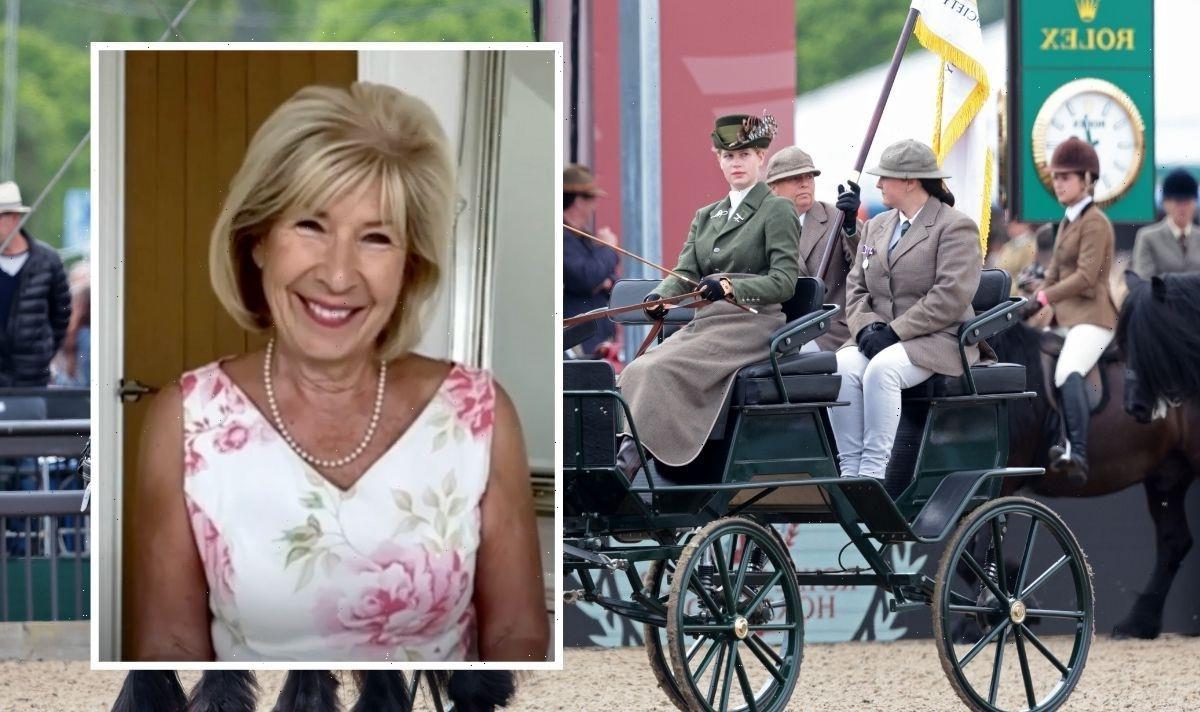 Jennie Bond joined Charlie Stayt and Naga Munchetty on BBC Breakfast to talk about the Queen’s obvious delight at the 2022 Royal Windsor Horse Show. The Royal Correspondent appeared on the morning news show praising Lady Louise Windsor’s skills and stating that the Queen couldn’t have asked for a better time at the UK’s largest outdoor horse show.

The Queen has been out of the public eye since appearing at Prince Philip’s memorial service in late March, but much to her fan’s delight, she attended the famous horse show and competition.

Her surprise appearance wasn’t such a shock to Jennie, who “always thought she [The Queen] would try to get to the Windsor Horse Show.”

“And she had a lovely afternoon from the look of her smile.”

One of the Queen’s horses won a trophy which prompted presenter Charlie to add: “I wouldn’t have known this before, but the Queen’s horse, Balmoral Leia, was announced as Supreme Champion in the Class Highland 64 event.”

Charlie described how much the Queen loves her horse as Jennie recounted what happened on Friday at the event.

“Well, they [the horses] don’t gossip, do they and they don’t talk.

“They don’t give away your secrets. You can say anything to a horse.

“But she was also there to see her granddaughter Lady Louise because Lady Louise, the Earl and Countess of Wessex’s daughter, was riding in the carriage which belonged and was bequeathed to her from Prince Philip.”

Pointing out how this seemed to charm the monarch, she continued: “So that was a very poignant moment for the Queen to see her granddaughter parading on her late husband’s carriage.

Much like her grandmother, Louise is known to adore horses and is often photographed riding around the Queen’s various estates.

The pair are known for having a close bond with Louise’s mother, Sophie, telling the Sunday Times that although to most she is known as the Queen, to Louise and James she is simply their grandmother.

Sophie said: “I guess not everyone’s grandparents live in a castle, but where you are going is not the important part, or who they are.

“When they are with the Queen, she is their grandmother.”

Louise has also previously opened up about her love of her grandparents and passion for horses.

Talking in the BBC documentary, Prince Philip: The Royal Family Remembers, she described: “The Duke of Edinburgh has been so involved in my driving which has been so lovely, although slightly scary because he invented the sport pretty much.

“It’s incredible to have learned first hand from him.”

“After a competition, he would always ask how it went.

“His eyes would light up because he just gets so excited when he talks about it.

“When we would go carriage driving, he would take me on a different route every day, I do not know how he managed to do that, and tell me all sorts of anecdotes about anything and everything.”

BBC Breakfast continues on weekdays at 6am on BBC One.